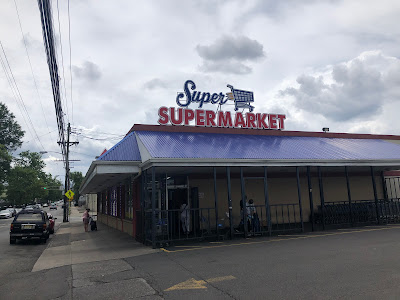 A few blocks to the east from yesterday's Superfresh Food World, we find this independent store. I'm a little confused as to this store's relation to the other Super Supermarkets, such as the one we recently revisited in Orange, since it uses a different logo and a different website. The sign we see here, by the way, was recently installed and the store previously had no sign at all. As I mentioned in that post, this was previously a Foodtown but I'm not entirely sure what, if anything, it would've been before that. The 17,000 square foot store faces North 6th Street but is very deep and very narrow, meaning aisles are long and few. You enter to produce in the front half of the first aisle, with frozen foods taking up the back half. Deli, butcher, and seafood service counters line the back wall, with dairy and packaged meat in the last aisle. Let's head in! 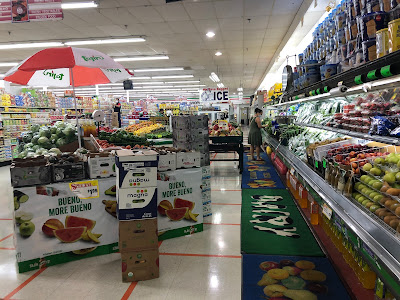 And I believe all of the decor we see is left over from Mayfair Foodtown! It's in excellent shape, considering it was probably installed in the early 1990s. 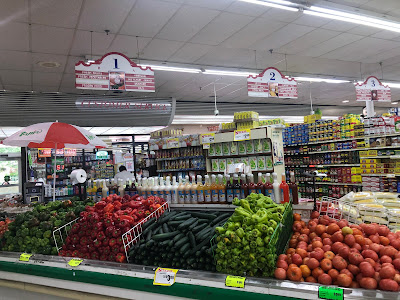 Customer service is along the front end. I don't know that I've ever seen this type of clear hanging sign before with text printed right on it. Another thing, I don't believe these aisle markers are left from Foodtown. We can see in this image that the produce cases run diagonally across the front part of these aisles. 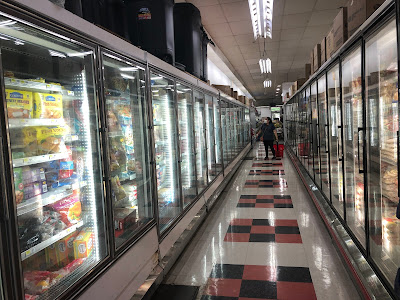 The rest of the first aisle is filled with frozen foods, with the older cases on the outside wall (on the left side here) and newer ones on the right side. We're looking towards the front of the store in this image. 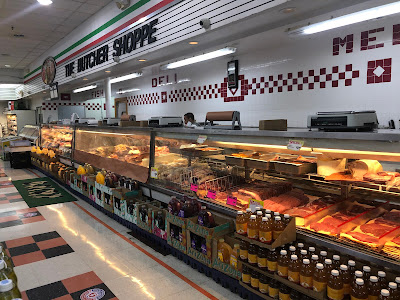 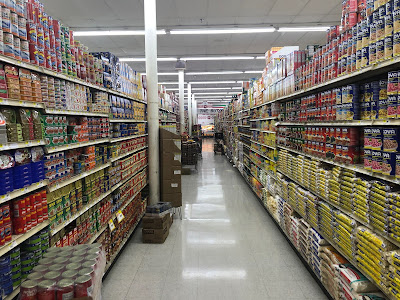 Six aisles here, with the first being produce and frozen food and the second being half an aisle (the back half). But we can see how long they are here. 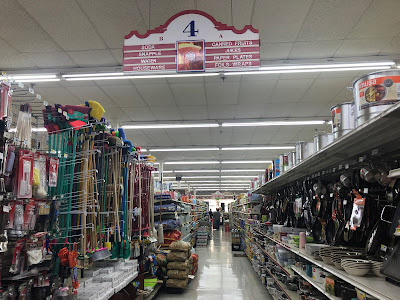 A surprisingly large selection of homegoods and kitchenware takes up the back half of aisle 4. The front half is soda. 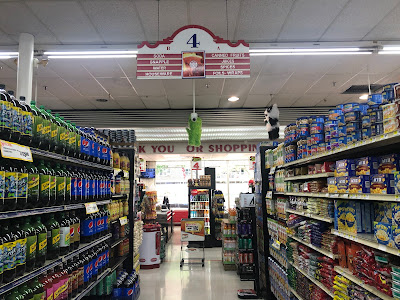 The aisles were a bit cramped, but extremely well stocked and very clean. 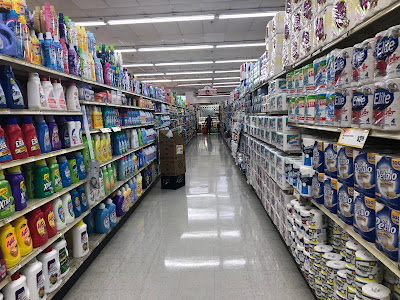 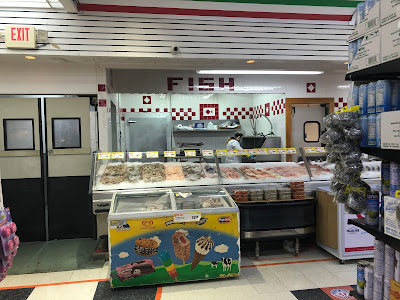 Closeup of the seafood department at the end of aisle 5. 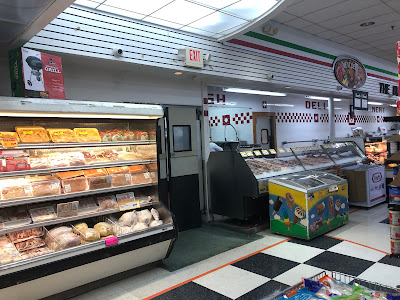 Let's take a closer look at that Meat Department oval sign to the left of the black THE BUTCHER SHOPPE lettering. That graphic looks newer than the rest of the decor (but not too recent), so perhaps it's fair to assume Super installed it upon moving in. But it looks like it was installed in the place of something else. Was the Mayfair logo an oval? Was there another logo in here before Super? Anyway, moving into the corner, we see the packaged meat department, which is a bit small (but the butcher counter is much larger than most stores'). It's under an awesome ceiling fixture... 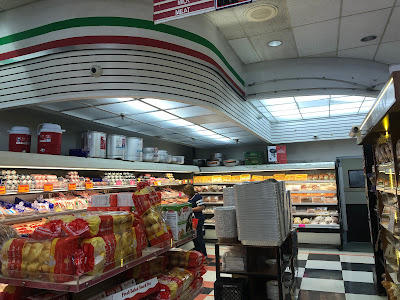 This type of lit ceiling structure is something I associate most directly with CTown, which makes me wonder whether this store was in fact a CTown and the decor we see is not 90s Mayfair decor, but 90s CTown decor. I don't think so, but can a Newark resident confirm that? 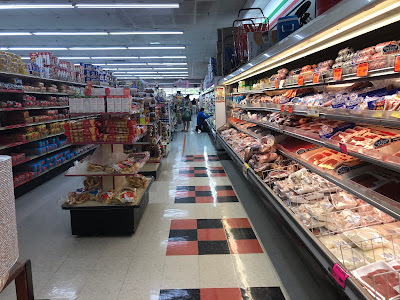 Moving into the last aisle. Meats line the back half of the side wall, with dairy in the front part. Interesting flooring patterns here, I wonder if the aisle arrangement has been changed at some point. 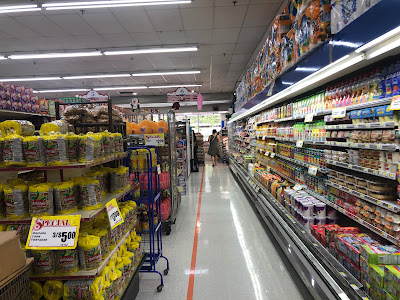 Along to the front-end, I'll point out two notable things. First, we see Superman-inspired lane markers, with a font derived from the Superman lettering. But we also see a wonderful retro light ceiling fixture again, extending across the whole front end! 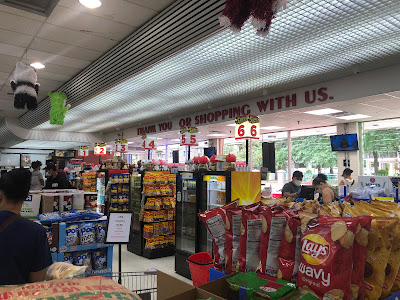 I think that's about all for this store, which is certainly an interesting one. I'm glad to have photographed the inside! It's a well-run store that happens to have wonderful retro decor inside but is kept up very nicely. The store also has a very new delivery van (but only one, not two like Superfresh...) 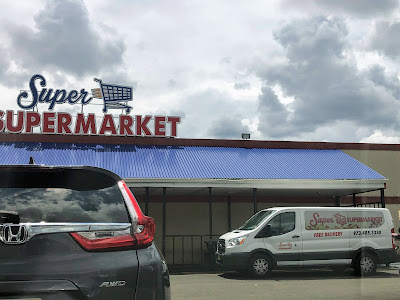 This store is located just to the west of Branch Brook Park, Newark's largest park famous for its collection of cherry blossom trees -- in fact, the largest in the United States. The neighborhood immediately to the northeast, Forest Hill, is easily one of the nicest neighborhoods in Newark and is largely isolated from the rest of the city. Our next stop, here on The Independent Edition tomorrow, is a small grocery store in the northwestern corner of Forest Hill!