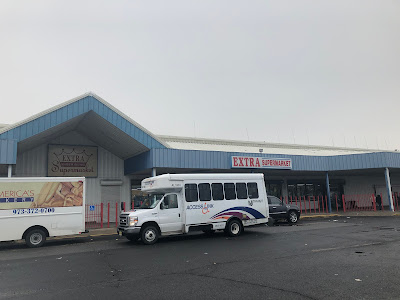 Our next store tour in Newark is this store in the Central Ward. Until the ShopRite of Newark opened in 2015, it was the largest supermarket in this part of the city at about 32,000 square feet (the ShopRite is over 70,000). It's part of a remarkably ugly strip mall and the property immediately backs up to an abandoned public housing complex. The city has invested heavily in this part of Newark, one of the last areas to redevelop after the 1967 riots that cleared out most of the city, with projects like the beautification of Irvine Turner Boulevard, which runs along the side of the supermarket's property. Huge swaths of the city's blocks after blocks of abandoned storefronts, factories, and residential buildings have been bulldozed and replaced with new residences in the past 15 years, many of which are public-private partnerships to house lower income residents. Anyway, the ugly strip mall and yet-to-be-demolished abandoned housing complex behind this store didn't give me much hope for the interior of this independent store, which opened in the mid-90s as a new build independent, originally as an IGA and later apparently under the now-defunct Shop N Bag group. However, I am pleased to report that this supermarket is very attractive and clearly well taken care of inside. 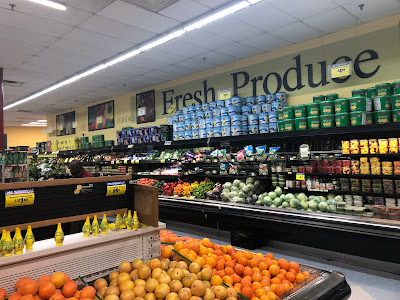 Heading in, we see the same decor and approximate layout as the City Supermarket in nearby Irvington, which shares an owner, Mitchel Lopez. We've also previously toured Lopez's Jersey City, Newark-Ivy Hill, and Fairview locations, and the other Extra Supermarket in Weequahic, Newark which is just across the border from the Irvington Superfresh, is owned by a different owner -- and is coming soon to the blog! I'll point out here that it seems the store has been painted with the same beige color scheme as Fairview. I don't believe the decor in the City Supermarkets in Newark or Irvington, which had the same decor package as this store, has been changed. 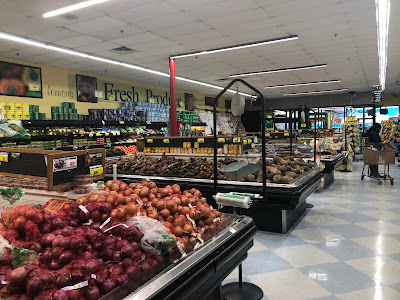 Produce lines the first aisle, with seafood in the back corner. Meats line the back wall, with frozen in the second-to-last aisle and dairy in the last. Bakery/deli/hot food are in the front left corner, with a small cafe and customer service next to that. 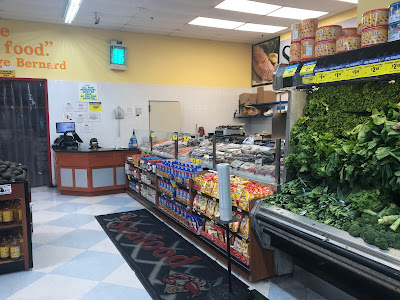 Seafood appears to be an outside business that leases space in the corner here. It's a nice setup! Also check out those greens... those are beautiful! 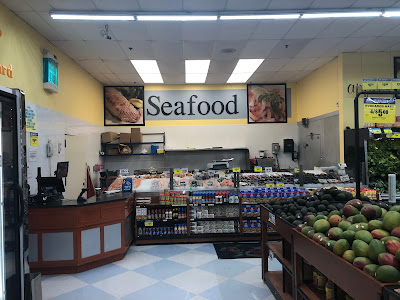 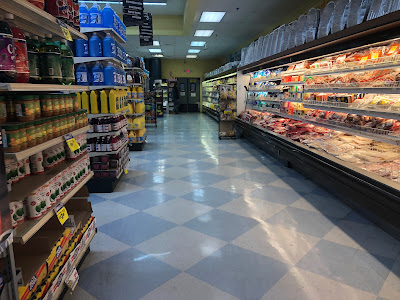 Meats line the back wall. Check out how clean that floor is! Just like what we've seen at the two City Supermarkets and the Extra in JC. We'll be touring the newest Extra in Elizabeth when we circle around through Union County as well. 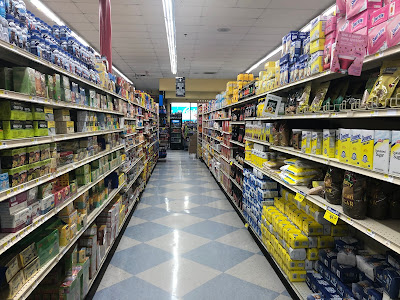 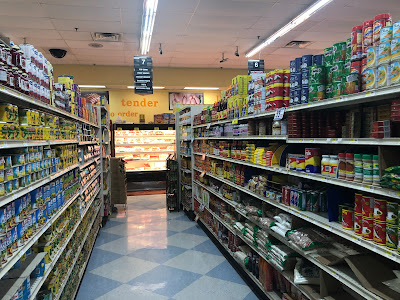 The store is so much nicer inside than outside, and I'm assuming that's because the store owners control the interior appearance while a landlord maintains the outside. 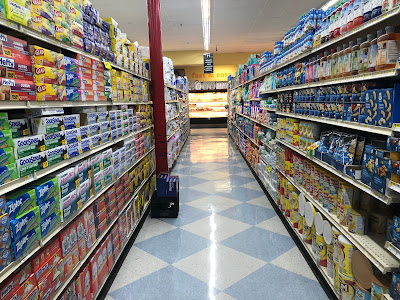 Nonfoods at the far end of the store. 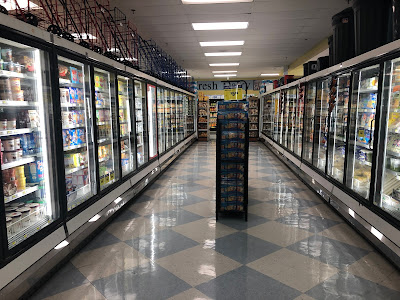 Frozen foods in the second-to-last aisle. I'm not sure, but it looks like new freezer units, lighting, and doors have been fitted into older case frames. 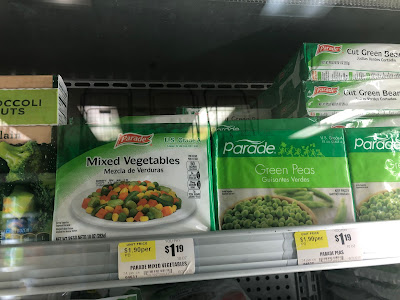 Speaking of new, here's a look at the new Parade packaging (right) with the old one (left). Parade is the storebrand sold in Extra and City Supermarkets, along with some other chains including Fine Fare and Shop Fair. It's distributed in the New York metro area by General Trading of Carlstadt, NJ, but originates with The Federated Group of Arlington Heights, IL. Personally... I prefer the old packaging. But that's neither here nor there. 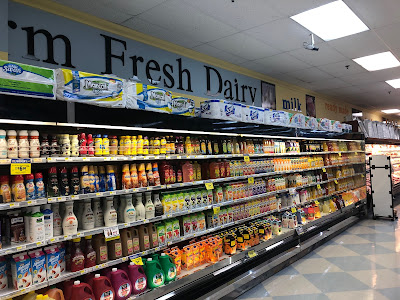 Dairy begins on the back wall and continues down the last aisle. 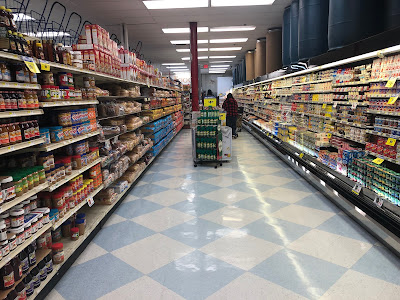 The front corner of the store features the deli and hot food counters. Hot food was not yet open at the time of my morning visit. 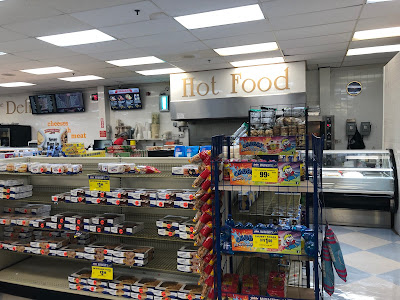 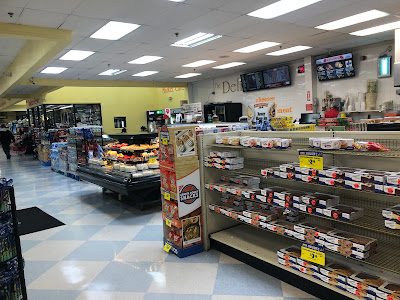 The service counters are behind the shelving, and you can see the Market Cafe with seating behind the cheese and cake island. 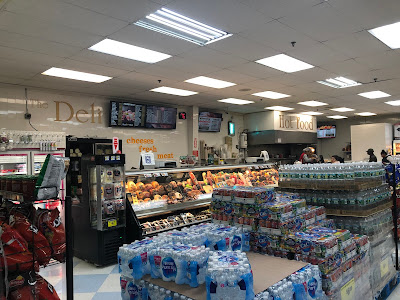 Looking back across the deli-hot food area. 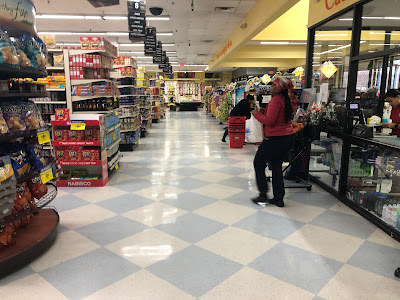 And looking across the again spotlessly clean front-end from customer service back towards the entrance. This store was a very pleasant surprise when I stepped inside! For another surprise, come back tomorrow to Grocery Archaeology to check out an abandoned supermarket just a few blocks away.