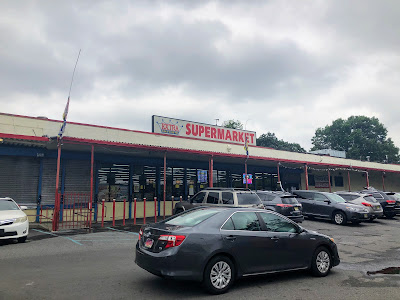 Today we'll be touring the second Extra Supermarket in Newark (see the other, newer store which is under different ownership here). This approximately 19,000 square foot store was built in the mid-1960s as a Supermarkets General-owned ShopRite, which in 1968 converted to Pathmark. By the 1980s, the new Pathmark had been constructed just across the highway on Lyons Avenue. Today, it's a SuperFresh but is not in fact owned by Food Jungle, I was incorrect in that post. Anywho, although this store is much smaller than the SuperFresh that's just a quarter of a mile west, it's still popular and the area is densely populated enough to support both stores. Like the East Orange, Dover, and Maplewood locations, this store was previously owned by the father of the owner of Avon, Jersey City, and Elizabeth, but was sold in 2018. 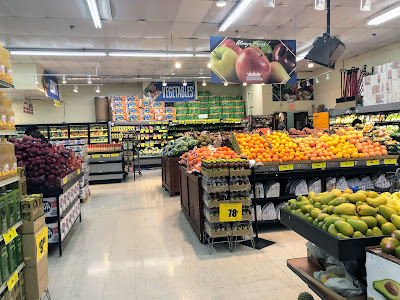 Inside, we find the store to be a little older but in excellent condition. Produce takes up the front corner of the store, with meat in the first aisle. Service seafood, butcher, and deli counters take up the back right side of the aisle. Dairy lines the back wall with frozen foods in the last aisle. 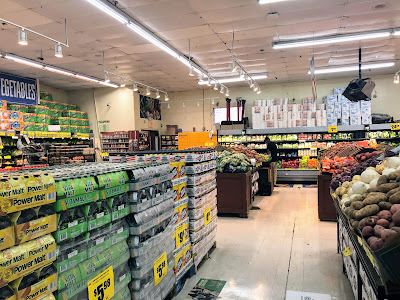 The decor we see is the same that we saw in Maplewood and, to a certain extent, East Orange. We'll see an element that doesn't match shortly. 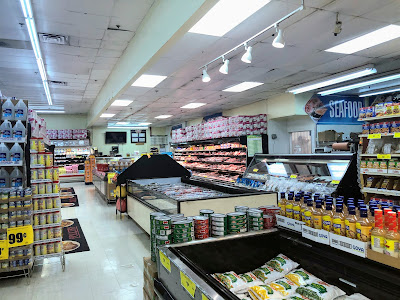 Service counters in the back part of the first aisle. 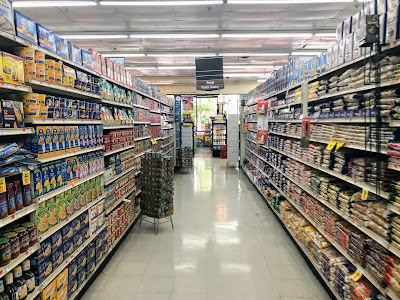 Moving into the grocery aisles, we find them just as clean and well-stocked as we've come to expect from Extra stores. We also find some interesting aisle markers, which are definitely secondhand from another store. This particular one is missing the back panel, but they're three-sided. They are also gigantic and feel way too big for the space when you're in the store. Clearly they were designed for a store with a higher ceiling. 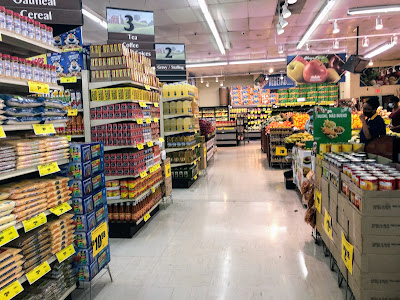 Jumping over to the front-end. We see a few more of the aisle markers more clearly here. I don't recognize them though, can anyone identify what store they came from? 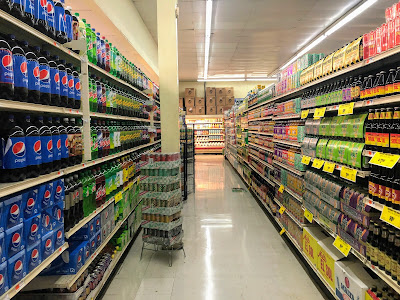 I've never seen a soda aisle so beautifully stocked! A note on the two Extra operators, I find that Lopez tends to focus more on Latin foods with some selections of other foods, but Mendez (this owner) tends to lean more into Caribbean and African selections. That's partially simply a fact of the neighborhoods the stores are located in, but it's also clearly an effort on each owner's behalf to specialize their stores. 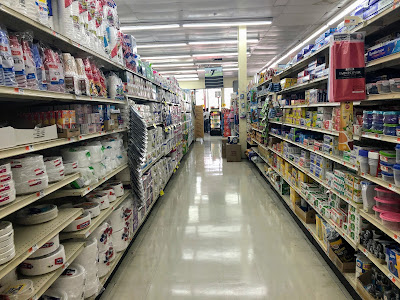 Lopez's stores use Parade storebrands from Retail Grocers Group out of Carlstadt, NJ, while Mendez's stores previously sold Krasdale from White Plains, NY and now use Best Yet from C&S in Keene, NH. 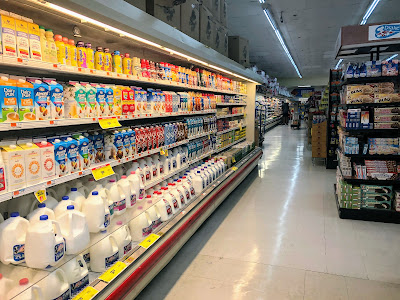 Dairy lines the back wall. 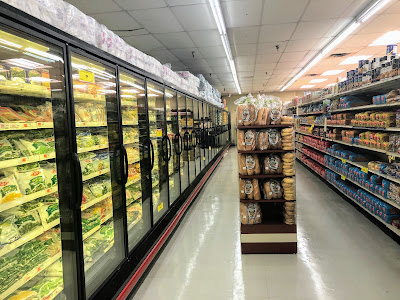 The frozen cases look very new, and they line the outside of the last aisle. Notice that the ceiling is much lower here, meaning that there are no aisle markers because they wouldn't fit. 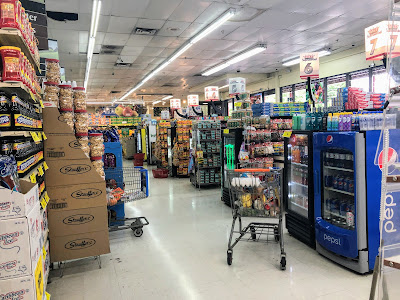 Wrapping up with a look at the front end. Side note, I'm impressed that they have five registers open in a pretty small store at a time when it clearly wasn't busy. A sign of a well-run store, no waiting! As I mentioned, this store is right near the Irvington border. We're going to jump about a mile northwest tomorrow into downtown Irvington for our next former supermarket, tomorrow over on Grocery Archaeology!