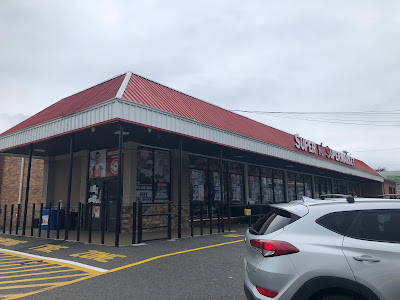 We've previously taken a tour of the Super Supermarket in Orange, NJ and seen an update while its renovation was in progress. I returned to the store in the summer of 2020 to find the renovation fully completed, and the store looks better than ever! (Except the outside, where we're missing the shopping cart and the "s" in "supermarket".) Originally built as an ACME, it later became a Mayfair Foodtown with Super coming into the space in 2003. The Mayfair decor remained until about 2015. 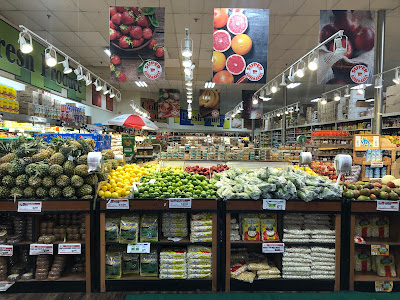 Compare this view to how the same area looked in Acme Style's picture here! 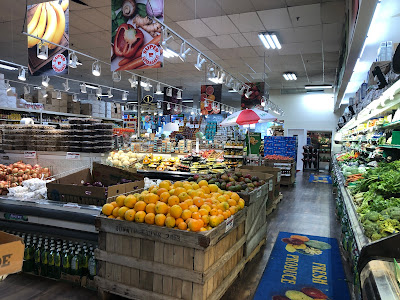 Notice that all new flooring has been installed. Looks great! Some of the produce cases have been replaced, while others are much, much older. But every inch of grocery shelving was replaced. 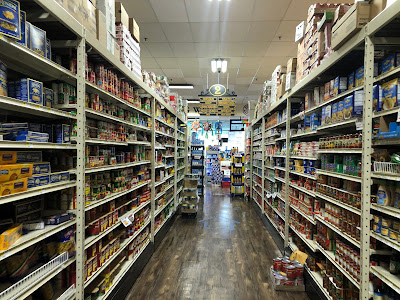 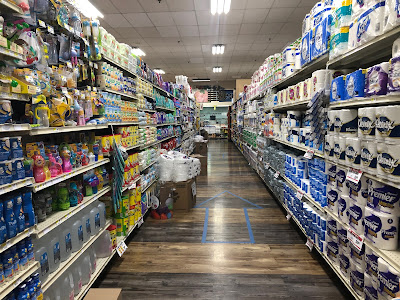 Looks like this shelving was also replaced with taller shelving. The selection has increased here very, very much. As the neighborhoods along the train line (which goes directly into NYC) gentrify, Super Supermarket has kept up with an increased organic selection and a much nicer store. But they still are a good place for low prices on basics. 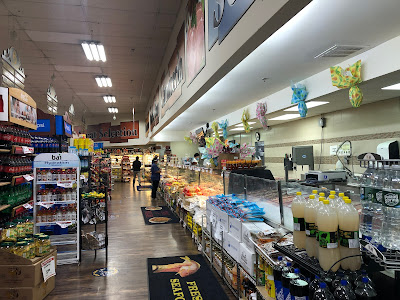 The back wall is taken up by a long service counter with deli, butcher, and seafood. 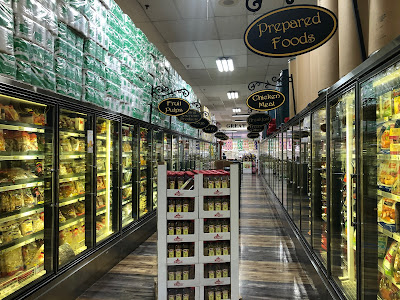 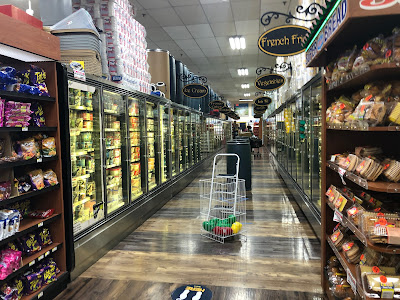 I love the flooring! 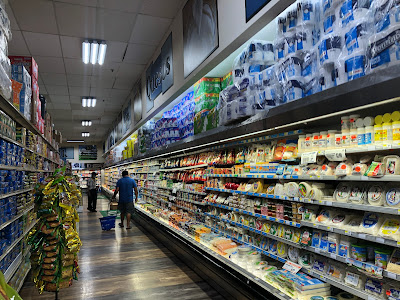 Dairy cases have also been replaced. That's all for this store, which at 23,000 square feet is the largest supermarket in downtown Orange. Tomorrow, we're going to continue just around the corner to a greengrocer shop on Main Street here on The Independent Edition!