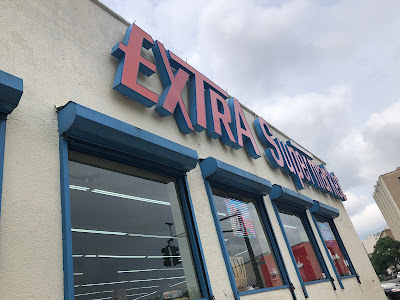 We're here today to tour the original Extra Supermarket! There are two branches of Extra: Alberto Mendez owns East Orange (this one), Maplewood, Lyons Ave in Newark (which we'll tour soon), and Dover (previously Bravo); and Mitchel Lopez owns Elizabeth, Avon Ave in Newark (both of which we'll tour soon), and Jersey City. Mendez's stores, which are the older locations previously owned by Lopez's father, were Krasdale affiliated but are now independent and sell Best Yet, and Lopez's stores are Retail Grocers Group. 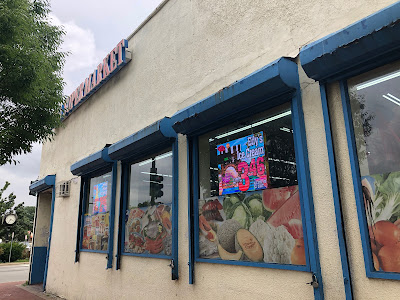 We first saw this Extra Supermarket, which was previously a Village ShopRite and before that a Good Deal, back in 2019 in a quick snapshot. You can get an idea of the store's orientation there. The front wall, facing Central Avenue, is lined with frozen foods. Dairy lines the right side wall of the store with checkouts on the left side (pictured in the first image). Produce is in the back left corner with meats in the back right. At 13,000 square feet, this is the smallest Extra location so there are no service departments. 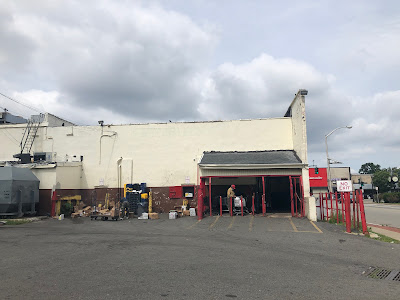 The main entrance in the rear, facing the parking lot, is... not the most appealing. As we frequently see with these older urban stores, the interior looks much better. Let's head in... 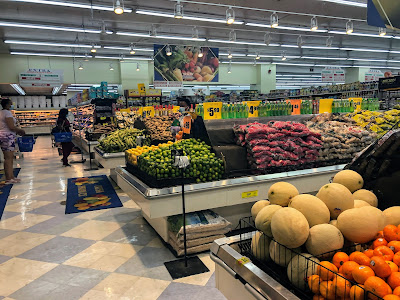 As we can see, this store is clearly older and smaller than Maplewood, which is in better shape. But it's still a clean and nicely maintained urban store. Here we're looking down the first two aisles, with the produce department in the front half and meats towards the back. 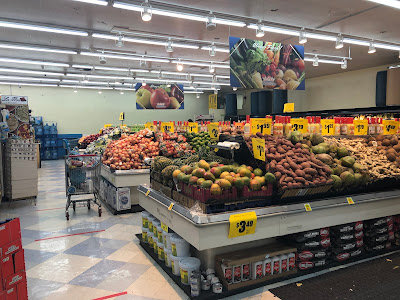 The produce department leans into tropical produce, with a mix of South American and African items as well. As we can see, there's less decor on the walls here, with mostly aisle markers and these promotional signs hanging from the ceiling. 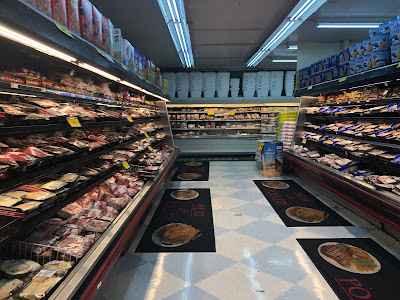 The meat department takes up the back part of the first aisle. The second aisle, which is short due to the produce department, is grocery. The wall to the left here is the back wall of the store. 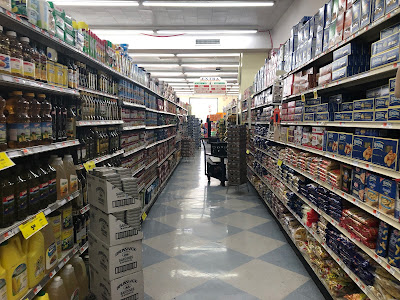 Grocery aisles absolutely packed with stock! And we see that the aisles are just as clean as Maplewood. It does feel that this store is more popular than Maplewood, which means it's harder to keep clean. 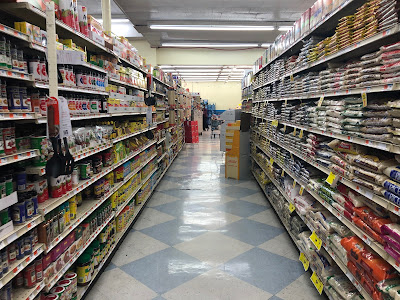 Lots of different ceiling heights here due to the fact that the store is mostly created from combining two smaller storefronts, but there's also several other expansions and probably a second floor in the back. (There's also probably a basement). 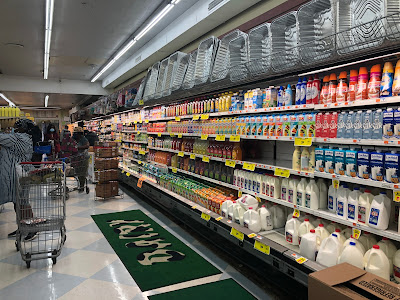 Dairy department on the right-side wall of the store, which functions as the back aisle. These cases look newer than the rest in the store, but it's equally likely they're the same age and just painted. 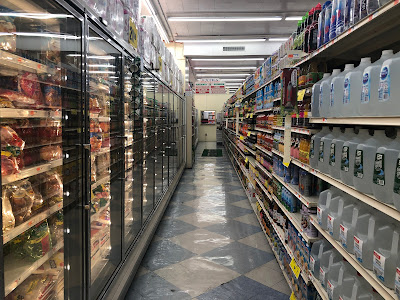 The last aisle is uncomfortably narrow, with frozen foods on the front wall of the store. We can see the customer service counter in the front corner of the store, with checkouts lining the rest of that wall. Nine aisles in total, which run parallel to Central Avenue, but remember that aisles 1 and 2 are produce and meat. 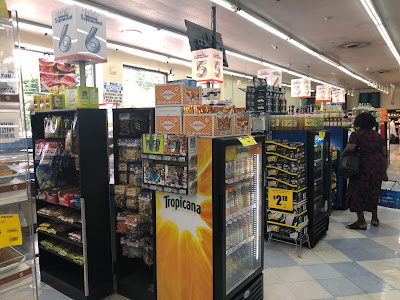 Six registers on the front end, which is along the side wall of the store. We can see the similarities between this store and Maplewood, and we'll see a similar store when we get to Lyons Avenue in a few weeks. We'll also notice some similarities when we get over to Avon Avenue despite the fact that it's under different ownership. But for now, we're going to head half a mile northeast to the other side of route 280 and to Main Street, where we'll tour East Orange's largest supermarket tomorrow on The Market Report!