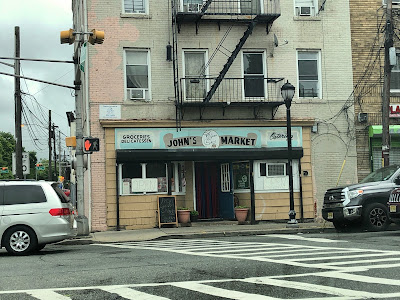 This 100+ year old corner grocery-deli has anchored the Italian-American community in Orange for decades. More a luncheonette than a grocery store, it's one of the few Italian businesses remaining in Orange which has since seen increases in Hispanic and Black populations as the older Italian populations move to the western suburbs. I had a vague recollection that this store was previously an American Stores (ACME) location, but I don't believe that's actually true. It has been John's Market since at least 1917. And while I'm sure the sign isn't original, it's still a wonderful relic of the City of Orange of long ago. Up next, we'll be touring a store just to the north of the interstate, which cuts straight through the center of Orange and East Orange, then just to the north of downtown Newark. Head over to The Market Report for that tour!