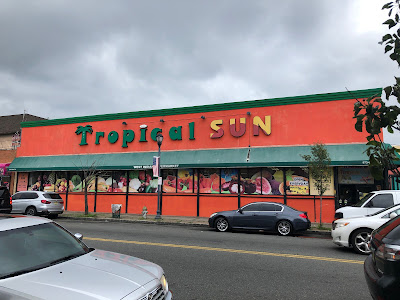 Our final store along Main Street in the eastern part of East Orange is Tropical Sun Supermarket! A Caribbean store featuring a wide range of specialty products, much like Farmboy Country Market, this 12,000 square foot store started out as a Kings Food Market (and, by the way, was our first post on Grocery Archaeology). Kings didn't make it all the way until 2001, when Tropical Sun opened, but I don't know which tenant was in the space for that time. 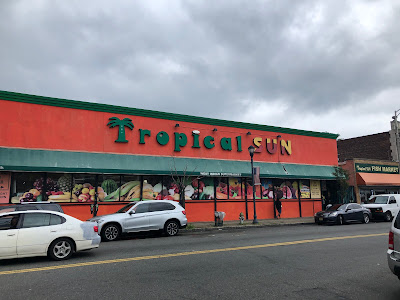 Tropical Sun also owns a fish market next door. I have no idea how the store would've been set up originally, but today the main entrance is in the back facing the parking lot. We're going to tour it from the front door though, because that's how I visited (I parked on the street). We enter to dairy and frozen in the first aisle which runs along the front of the store. Meats run along the left side with the butcher in the back left corner. Produce is at the back of the store in an extra-wide aisle, with checkouts along the right side wall. 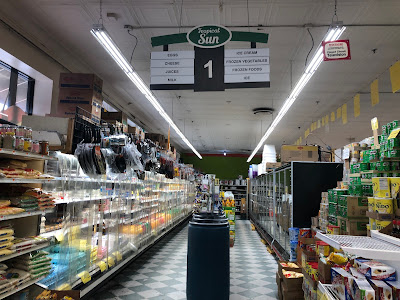 Aisle markers look relatively new, and they're pretty nice! You can see the windows along the front wall to the left. 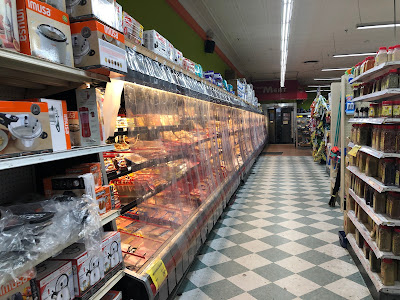 Looking toward the back of the store along the side wall. I actually kinda like the checkerboard floor here, especially since it's on the diagonal. 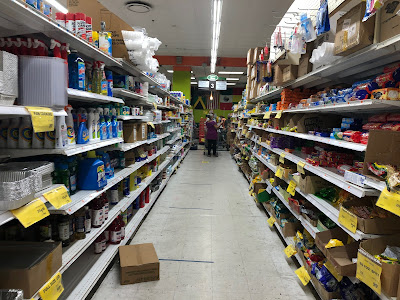 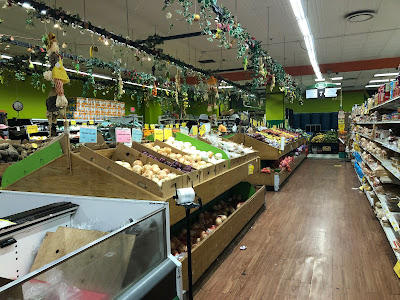 Produce department, which looks more recently renovated than the rest of the store, takes up the last aisle of the store. 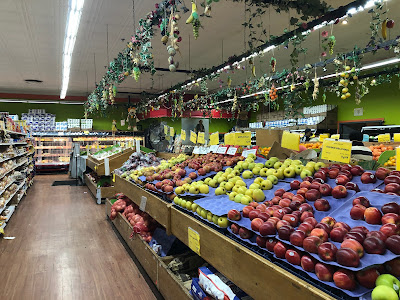 Looking back to the butcher in the back corner (behind the scarecrow, which you can see if you zoom in). The produce department is looking great! 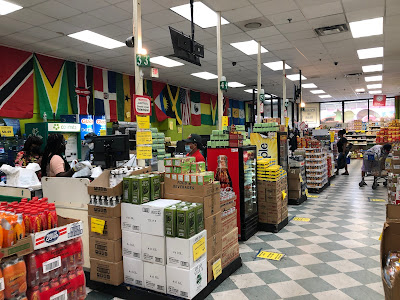 And looking across the front end. The front of the store is to the right and the back of the store is behind me. But it's just nice to see that the orange building tradition is being carried on here in East Orange now that Western Beef a few blocks east on Main Street is closed (and slated to be replaced by a Food Depot, which may possibly have been canceled although I'm not sure...?). We are going to visit our next store just to the east on Grocery Archaeology tomorrow!