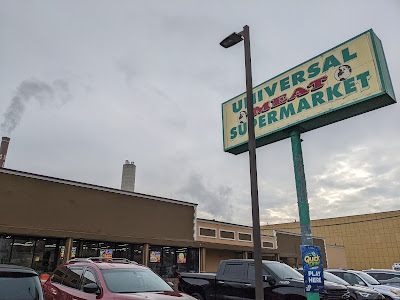 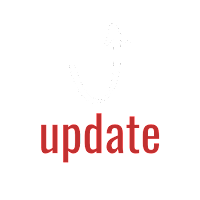 It's time for our fourth visit to Universal Food Markets in Rahway! There's still no updates to the signage outside, with no sign installed on the storefront yet nor a replacement for the sign facing Elizabeth Avenue, which looks a fair bit older than it actually is. But the signage inside is nearly finished, and the store continues to look better. We last saw the store in December with the interior renovation moving along nicely but no signage inside at the time. 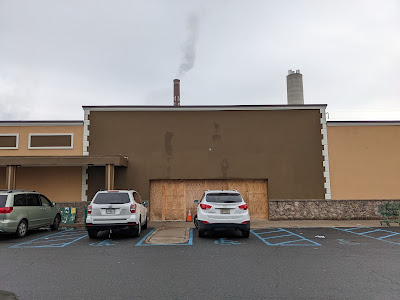 There's still no exterior signage, and this area which I still assume is going to be the new entrance is not open yet. They may be wanting to put up the new signage here at the same time that the doors are installed. One piece of evidence that the entrance is going to be removed from where it is now, just out of frame to the left above, is that that door was just replaced and isn't marked with entrance signage like we'd expect, and furthermore, the door that actually divides the foyer from the main store is just a regular door (not automatic) just tied open. Anyway, if it's not clear from the above pictures, those smokestacks are not actually coming from the supermarket, but from the factories behind it. 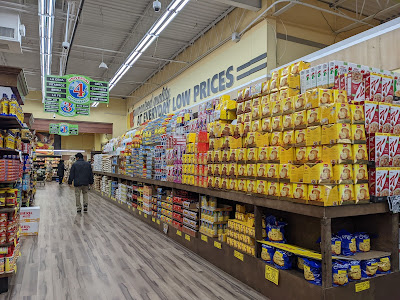 As the entrance is currently set up, we have this main display immediately inside with new signage. As we'll see, there's a heck of a lot of text on the walls. One interesting thing of note is that none of it is in Spanish, which is slightly unusual given the store's enormous Latin selection, primarily Latino customer base, and blasting Latin music. We see something new going in next to where the entrance will be in the produce/deli room... 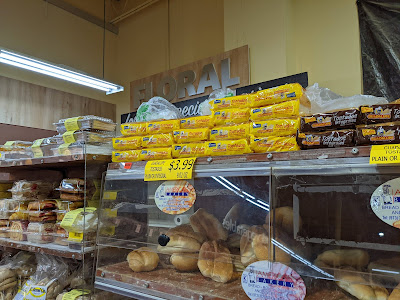 Floral hidden behind the bread cases! It would make sense if the bread cases, which are currently blocking the future entrance, are moved to the left side of the produce department which is still kind of empty (and the signage doesn't really help, it says something like "enjoy your favorites... or try something new!" Not exactly clear what will be under that). 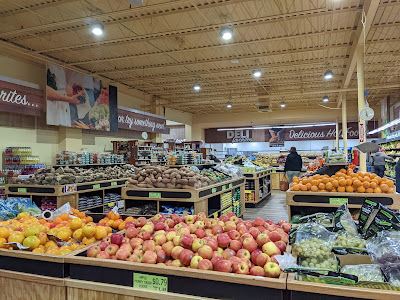 But the grand aisle is looking so much better! The flooring and lighting are really important in making it more attractive. 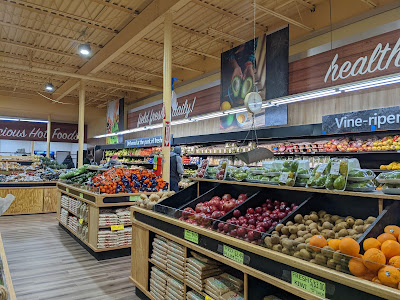 Flavor text (such as that Vine-ripened signage) was still being installed but the department signage is all up. 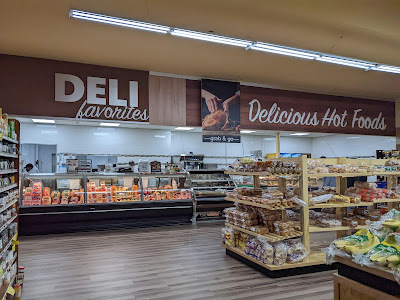 And deli is looking great, with new baked goods/bread shelving in front of it too! Only problem... all of the capital letters at the beginning of the "Delicious Hot Foods" sign are installed wrong. The D and F lean to the left, and the H leans to the right. Oops. 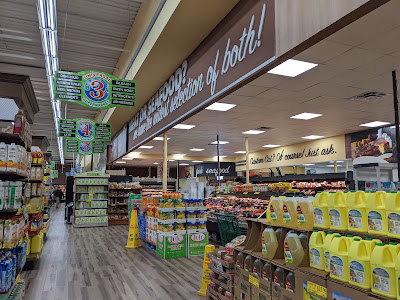 New signage draws folks into the meat room in the back, which would've been a walk-in refrigerator room when Western Beef was here. And maybe Rex-Gene too, I'm not sure how their stores were set up. 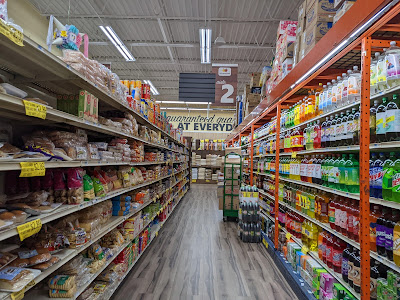 Quick look at the aisles to see that new aisle markers are being installed in the middle of the aisles. The older green ones will be coming down soon, it seems. 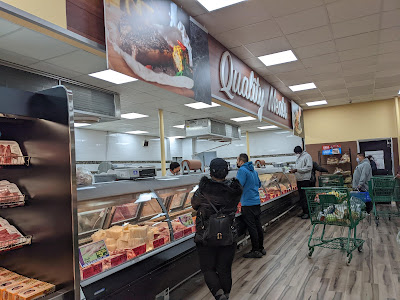 Meat looks so much better with new signage, cases, flooring, and lighting! And that's important because this store's main department is meat. New signage for the packaged meat cases, too... 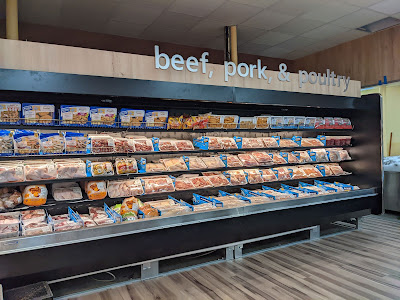 As far as I can tell, all of the fixtures in this area of the store are brand-new. Some more letter installation troubles with the f in "Of course!" 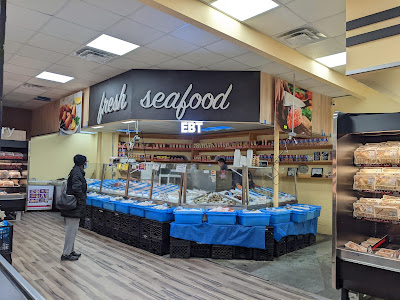 Newly redone seafood department also looks quite good in the back corner of the meat room. 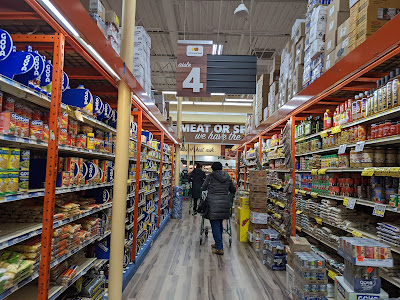 I really like that all the decor is tied together, even with the aisle markers. And the logo that appears on these aisle markers seems to be the one they're using consistently here now (we'll see it in a few more places). Not sure whether they're using the same logo at Paterson or Camden, and I don't think there's any remodeling going on at those stores. Dairy department on the back wall is also looking great! I appreciate that the signage is hung over the cases instead of mounted to the wall, so that it can actually be seen from below. 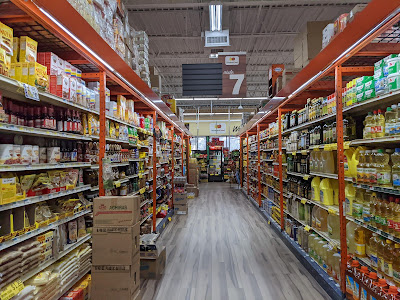 Bright-orange Western Beef-era shelving is still intact here, but new flooring, lighting, paint on the ceiling, and aisle markers. I mentioned this on our last update, but this store is now a Key Food member. It's possible Key Food gave them a loan or something to facilitate the renovation. 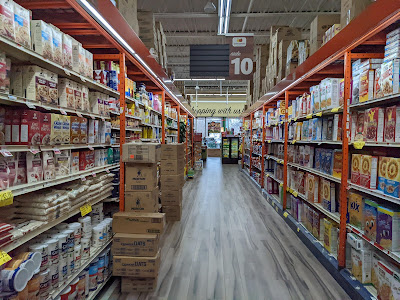 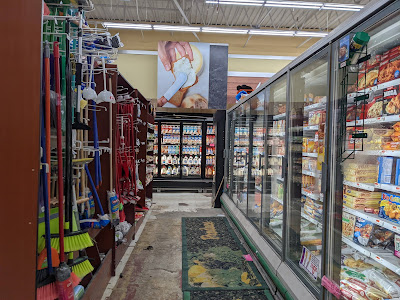 Work is still ongoing in the frozen foods department. Not all of the cases have been replaced yet, but the coffin cases were taken out from the middle of the department and replaced with homegoods shelving that used to be next to the bathrooms and office in the front corner. This feels very temporary, and my assumption is that there's still a hole in the floor here that hasn't been patched up yet. 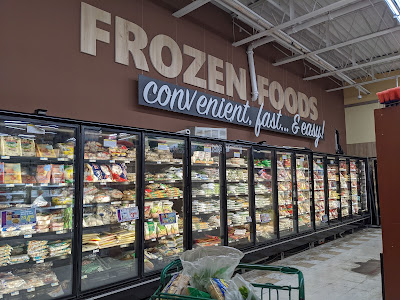 New cases on the outside wall, though, along with new decor. 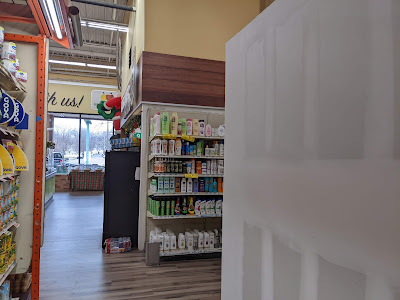 Here we see something -- although I'm not quite sure what -- being built out in the front corner. The bathrooms and offices/breakrooms are around the corner to the right here, but I'm not sure what this protrusion will be or why this last aisle has to be so narrow then. I assume all will be explained in time. 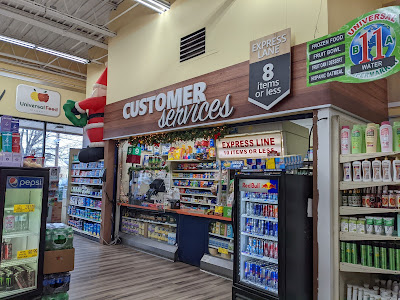 Customer service looking great, along with the giant Santa on top of the HABA shelving! 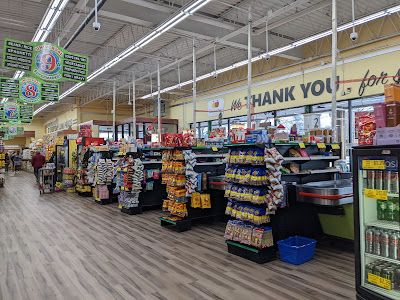 And the changes on the front end are really noticeable, even though the registers and their lights haven't been replaced (yet?). It'll certainly look much better once the green aisle markers are removed. Again, we have quite a few Universal logos on the front here and one more as we exit... 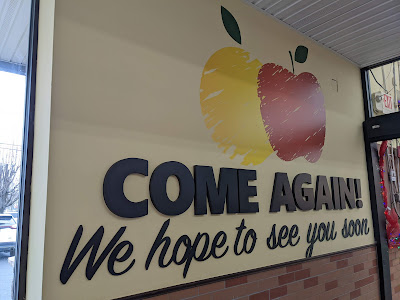 Nice! Also, there's no equiavlent "welcome" signage next to it, more indication that this will soon become only the exit. Anyhow, I'll be back probably in a few months when the remodel is finished, but for now, check out what else we have today here!