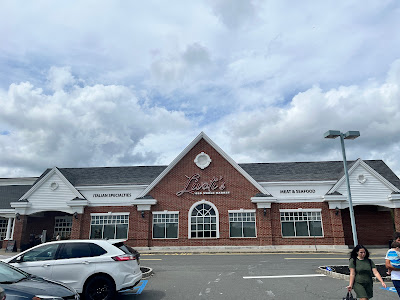 Yesterday we documented some of the changes and, shall we say, room for improvement at Kings Food Markets. Today I want to show you the latest location of a very successful gourmet supermarket chain, Livoti's Old World Market of Monmouth County, NJ. We have previously seen their Aberdeen, Englishtown, and Middletown locations, and in spring 2021, the chain opened a new location in Freehold. 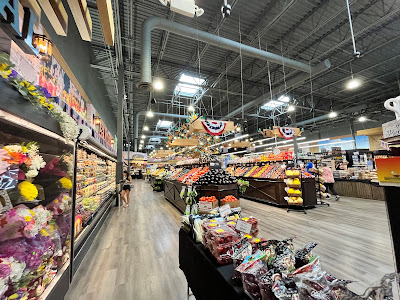 This store is in a former Top Tomato Superstore, which had a brief stint in New Jersey and has since shrunk significantly (including abruptly closing all of their New Jersey stores). Before it was Top Tomato, it was a very short-lived ACME. The supermarket is practically next door to a Stop & Shop in a former Norkus Foodtown, too.

Livoti's appears to have taken a smaller footprint than the ACME that was here originally, but I'm not sure whether Top Tomato was also in the smaller size. It looks like the Livoti's may be around 25,000 square feet, or 10-15,000 square feet smaller than the original ACME. The rest of the space is filled by a gym. 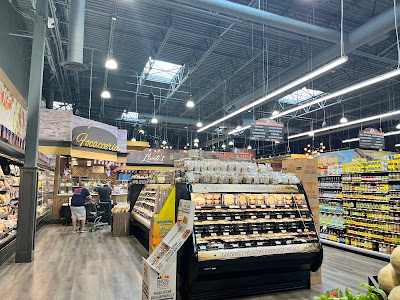 Produce and prepared foods line the left side of the store, with the deli and seafood/meat on the back wall and cheese in an island opposite that. The grocery aisles are in the middle of the store, with dairy and frozen on the right side and bakery and a coffee shop in the front right corner. 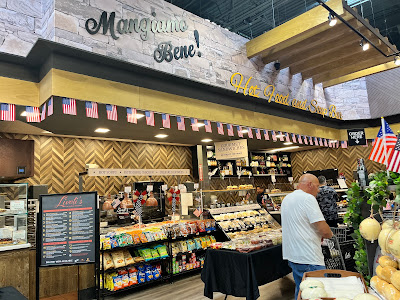 This is a new decor package for Livoti's, although it is similar to some of the decor elements in the older stores. It was likely designed by the same firm. 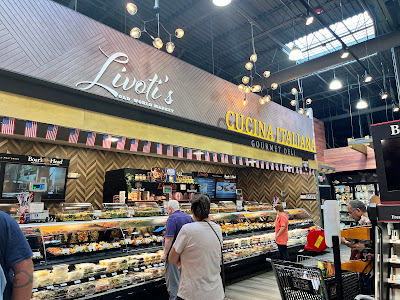 Since we saw the first few Livoti's stores, the chain has joined the Associated Supermarket Group. ASG has picked up several new members lately, and they seem to be taking on a lot of the Italian focused chains (like Livoti's, Top Tomato, Scotty's Marketplace, and Uncle Giuseppe's). Also, perhaps coincidentally, they've added several chains owned by Italian-Americans, like Western Beef and Best Farms. 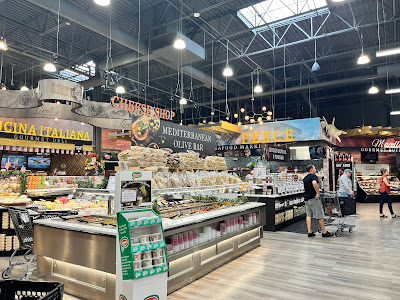 Here's the beautiful cheese and olive area, with deli behind it and seafood and meat in the corner to the right. 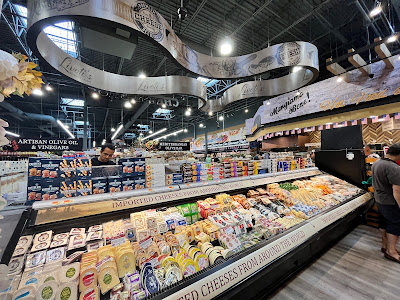 As we see, the design of this store (much like the other Livoti's) is exceptional. They've nailed the execution across their four stores, too, with strong product mixes, excellent perishables, and solid dry goods pricing. 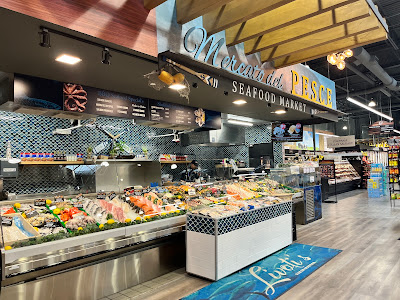 A beautiful seafood department is up next in the back corner, with the meat department on the right-side wall in front of it. 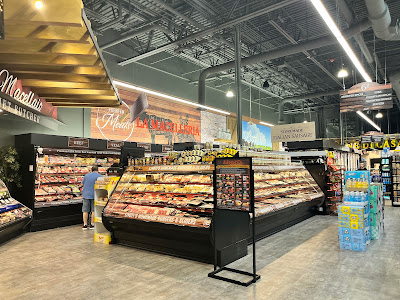 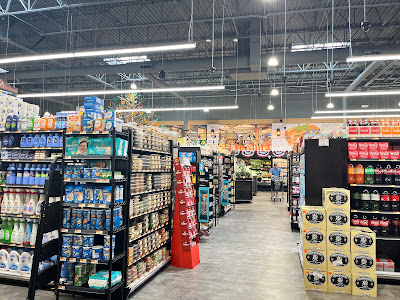 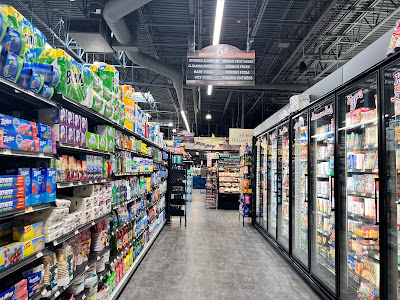 Top Tomato closed here in 2016, and the space remained vacant for the next five years until Livoti's opened. I didn't get here until over a year after Livoti's opened, which might be too long after it opened to qualify this as a true "special report"... is it really news fifteen months later? Too bad. 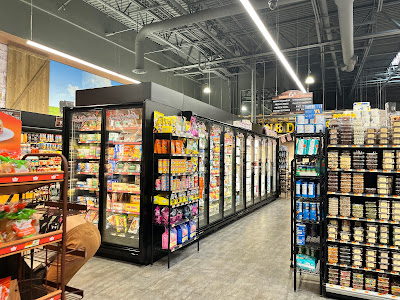 Here's a look at frozen and dairy in the front right corner. It goes without saying that every inch of fixtures, decor, and flooring in the place is brand-new. 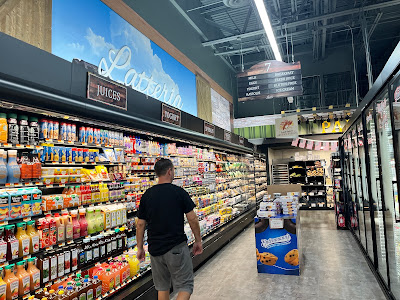 Dairy transitions into baked goods in the front corner, with the service counter on the front wall. I will say, none of the other Livoti's stores beat Aberdeen's bakery, which feels more like a standalone bakery than a supermarket's bakery department. 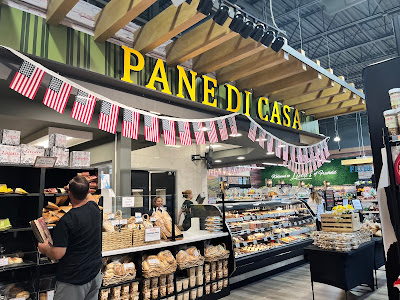 And the coffee shop is around the corner from the bakery, with a cafe for seating on the front wall. 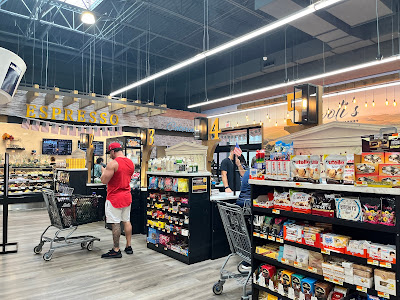 I'll tell you this much, the Raintree Stop & Shop next door isn't bad at all but it's kind of depressing. This store is shiny, brand new, and well-run, and customers seem to be responding well to it. I'm glad I got the chance to see it, if a bit late, and tomorrow we're back to Philadelphia!