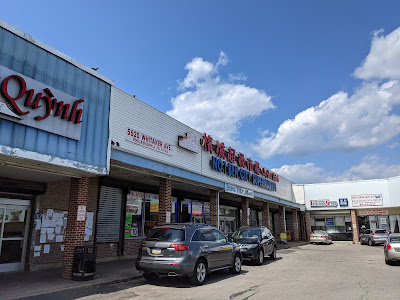 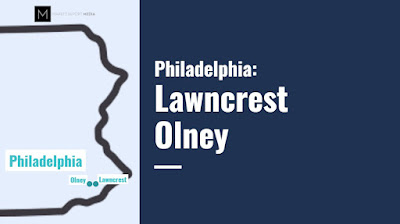 Welcome to the Ben City Supermarket of Lawncrest, also known as the Bến Thành Supermarket (hopefully I got those characters right). I see it referred to online as both, but we're gonna go with Ben City. This store was built in the early 1970s as one of the first new-build Pathmarks after Supermarkets General left Wakefern, according to JoshAustin610. Pathmark moved to 840 Cottman Ave in 1993, which closed in 2015 and briefly became Penn Foods Market in 2019, and is now vacant. Josh also notes that this strip mall has been expanded into an L-shape, meaning that the right side of Pathmark's facade is no longer visible. 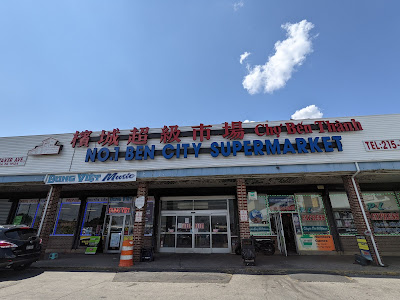 Ben City is in the range of around 42,000 square feet, but as we can see above, some of the space along the front wall of the store is leased out to other small businesses. Ben City is a very multicultural Asian supermarket, as we'll see, but seems to cater mostly to Chinese and Vietnamese customers. 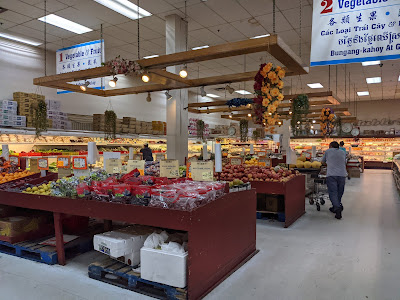 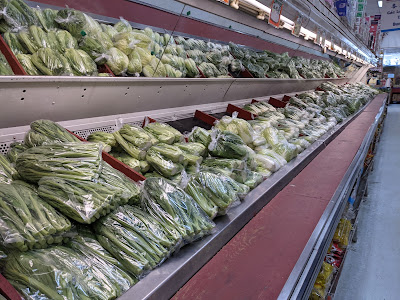 I do love these various greens, but that's not why I took this picture. I'm fairly certain this produce case would be left over from Pathmark with the new wooden part built out on the front. We'll see a few fixtures around the store that are very likely left over from Pathmark, but unfortunately there's no leftover decor as far as I can tell. 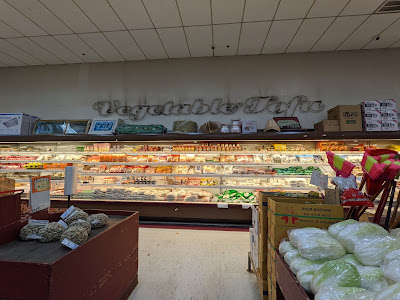 There is, however, some neon that appears to have long since burnt out. In fact, it almost looks like there's remnants of the sign burning the wall. But we can tell this neon was installed by Ben City when they moved in (or possibly another Asian supermarket before them in the nearly 10 years between Pathmark's closure and Ben City's opening) because of the specific departments like Tofu, seen here. We know that Pathmark didn't have a tofu department. 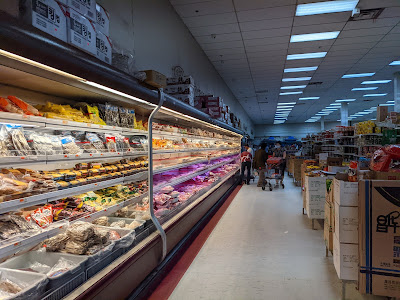 Here we're looking across the back wall with refrigerated foods and meat. It's possible that the flooring is left over from Pathmark -- I really am not familar with the flooring they would've used before 1990 or so. 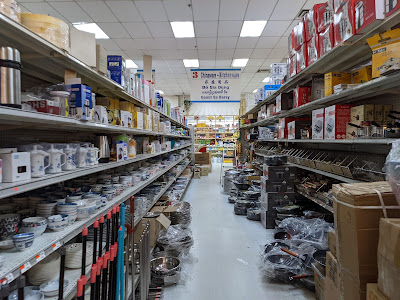 Similarly, it's hard to tell whether the grocery shelving is left over from Pathmark. As we see in some other Asian supermarkets, there's a large selection of homegoods and nonfoods. 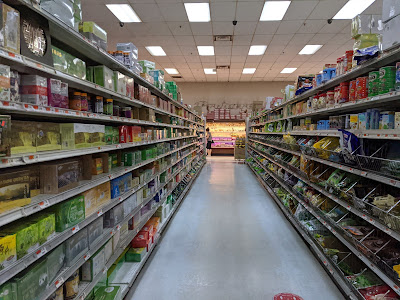 Some specific shelving, such as the basket-type shelves on the right, are certainly not left from Pathmark. 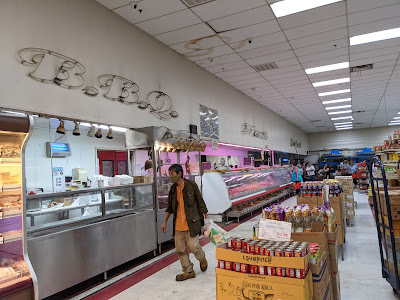 In the back right corner of the store are the service departments, with the prepared food counter, the butcher, and the seafood counter. The neon definitely did work not that long ago, but all of the neon signs were off at the time of my visit. 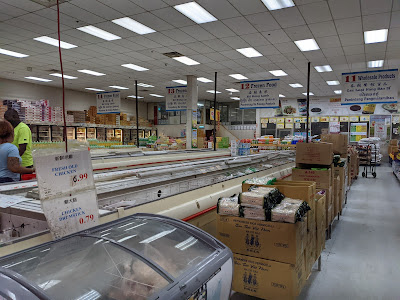 The frozen foods are in coffin cases opposite these service counters. It's possible a freezer or two is left from Pathmark, but I doubt Pathmark's frozen food department was this large. 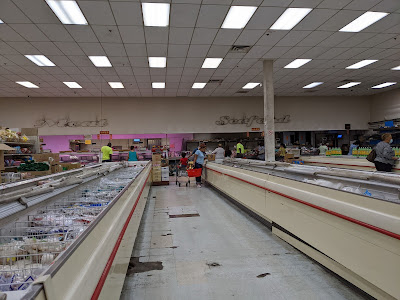 As we can see, the store has seen better days. It would benefit from a full renovation, including fixtures, decor, and flooring. 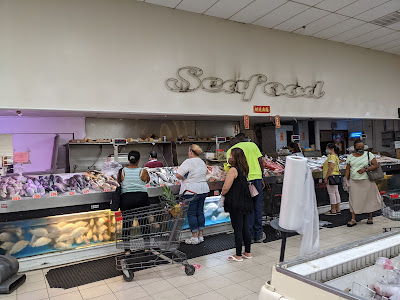 Looks like the seafood counter is popular. I recently had a great time photographing supermarkets in NYC's Chinatown and some of those stores are unbelievably high-volume. 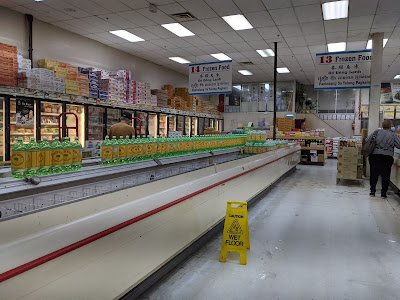 And frozen foods in upright cases with doors are on the outside of the last aisle. 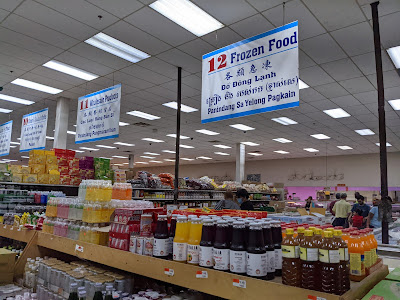 The necessary picture, of course. 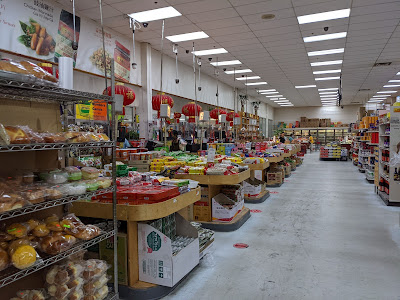 And finishing up with one look across the front end back towards the produce side of the store. Tomorrow, we're headed a little under half a mile west for another Asian supermarket here on The Independent Edition!