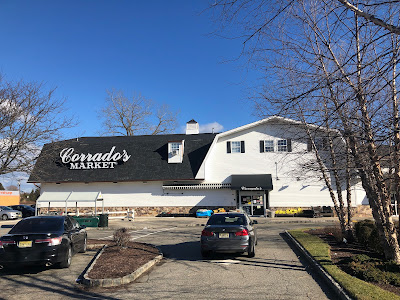 We're at the northwestern border of Essex County for our next store tour, the Corrado's Market in Fairfield. This is the very first Corrado's I went to many years ago, and it left me very confused. I didn't find it special in any way, it was strangely laid out, the products (especially the perishables) didn't seem to be particularly great quality. Fast forward a few years, and in the second half of 2020 I started to visit a lot of the local stores in my part of northern New Jersey I had previously skipped over. That included some of the Corrado's, since I had basically ignored them based on my previous impression. Well, I sure was surprised visiting the stores, even coming back to this one! I don't think management changed or there was any real difference like that, but this store has been remodeled and reset, and every product was clearly top quality. I must completely change my opinion on the chain. (See Wayne also, and we have a few more coming up soon.) So let's tour this 12,000 square foot store just off of route 46! 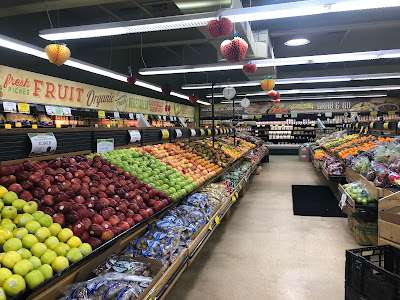 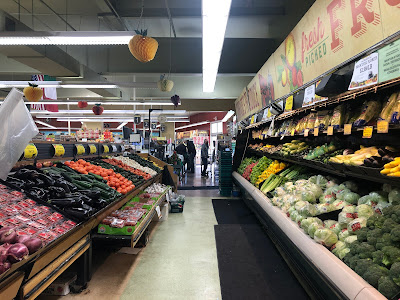 I feel obliged to mention -- and I don't say this lightly -- that every single produce item on the shelves was perfect. Every single one was the perfect specimen of what that fruit or vegetable should look like. And I found the prices to be quite reasonable. Here we see the entrance and a few registers in the middle of the store. 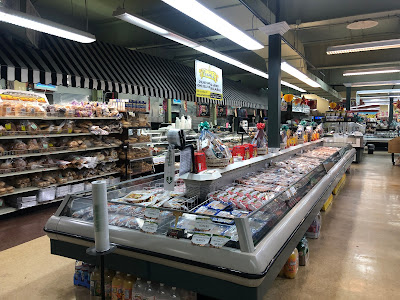 Bakery, seafood/meat, and deli on the back wall. The packaged meat selection, which is clearly secondary, is displayed here in this refrigerator island. 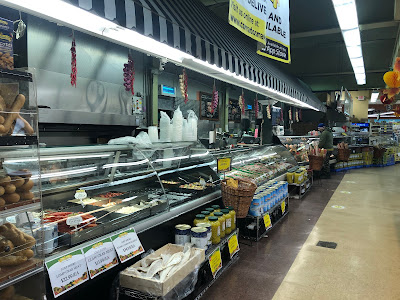 Closeup of the butcher/seafood counter, with deli beyond that and a pizza counter at the far end. I have to get back here sometime to try their store-made Italian sausages. 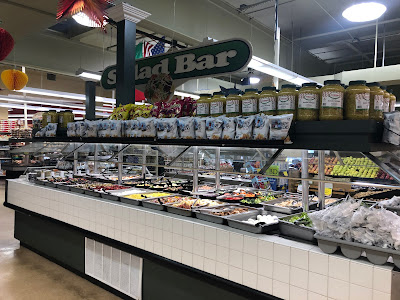 Beautiful salad bar -- clearly a step up from the average supermarket salad bar -- across from deli. Heading into the other half of the store, we have frozen foods on the back wall of the section. 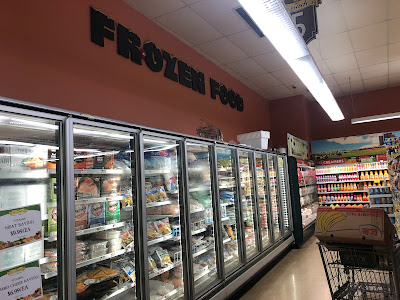 Dairy lines the outside wall of this section, with eggs and cheese on the front wall. I don't remember what the layout was like previously except for the fact that there was a very weird corner with soda and chips opposite the produce department, which has since been turned into a cafe (that makes a whole lot more sense, but unfortunately I didn't get a picture of it). 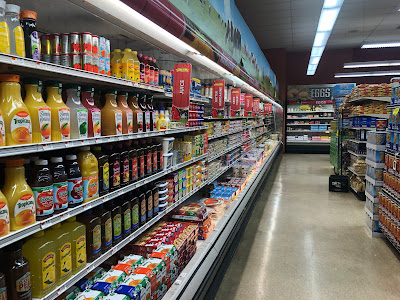 In the grocery aisles, space is limited, so the product selection leans towards the higher end Italian selections. 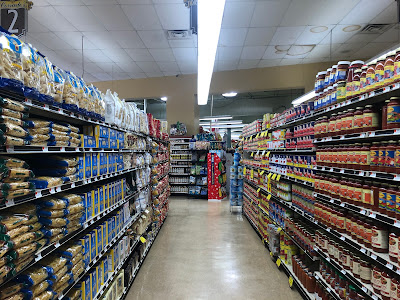 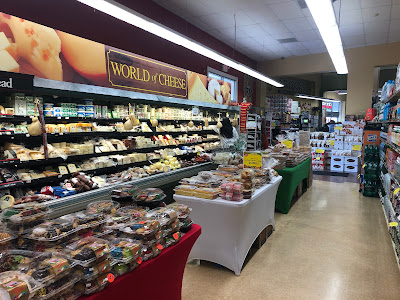 Block cheeses and additional baked goods take up the first grocery aisle, which is the front wall of the store. The registers are between this section and the produce department, with customer service on the wall in front of them. 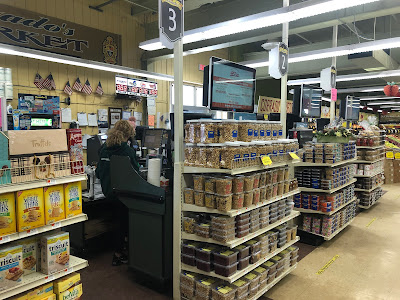 We will be seeing two more Corrado's, one that's excellent and one that's unfortunately not to the standard of the others. But for now, we're going to head just to the south to West Caldwell to tour a chain supermarket over on The Market Report tomorrow!