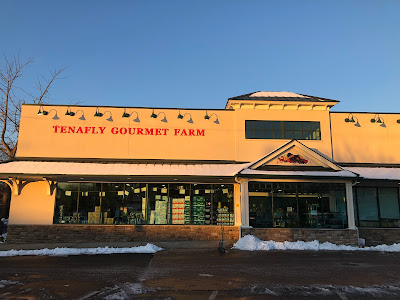 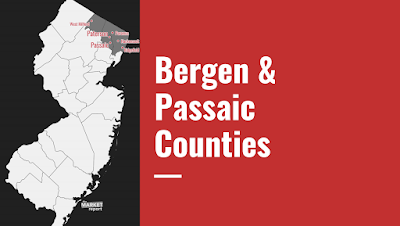 The smaller of the two grocery stores in downtown Tenafly is the Tenafly Gourmet Farm. It dates back to 1994 but was completely rebuilt in 2010 following the collapse of the previous building's roof in a snowstorm. The other store, Stop & Shop, is just a block to the west. 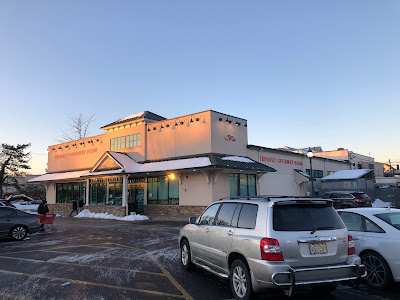 Now we can't quite see it from here, but the building is actually a pitched-roof setup. Despite that, it's not a former ACME -- in fact, the pitched-roof was only installed in 2010. It's possible, though, that the building previously housed a supermarket, since the previous building had an arched roof. Today, the space is 12,000 square feet. 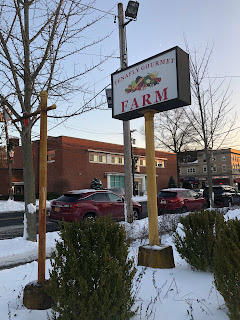 This sign (and older signpost) at the side driveway makes me think that the store was definitely a supermarket prior to Tenafly Gourmet Farm's appearance. Now as you could probably expect, the majority of the store is dedicated to produce, probably about 2/3 of the sales floor. Fish and deli counters line the back wall, with additional packaged deli lining the first grocery aisle. There are about three or four grocery aisles, with dairy on the outside of the last one. 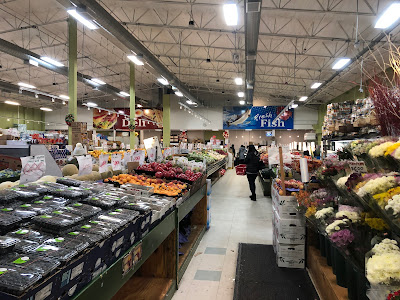 The newly rebuilt store is beautiful! I love the new high pitched roof. 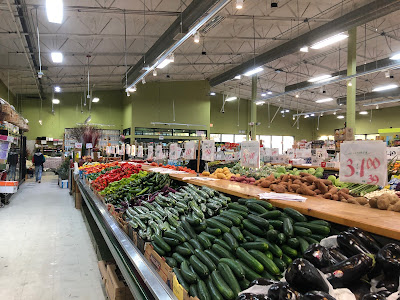 Looking up towards the front of the store. We can clearly see that this building's pitch is much wider and flatter than the equivalent ACME store model. 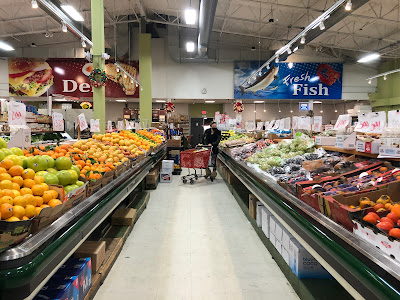 Very nice fresh seafood counter on the right side of the back wall, with the deli taking up the left side. 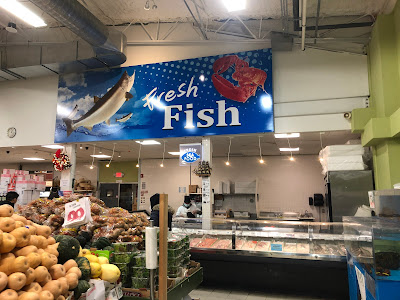 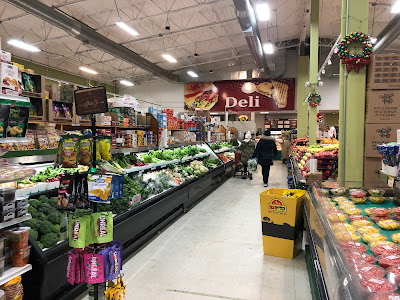 Refrigerated produce on the left side of the produce department. 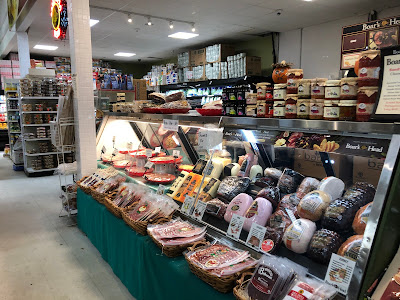 Small but complete deli. I was very surprised, though, how large the selection of packaged deli/appy items was, with cheese, salads, olives, and so on lining the first grocery aisle. 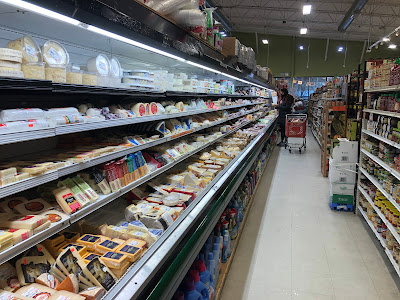 Notice the selection of nonfoods items above and below the cheese cases. The grocery selection is relatively small but quite complete. 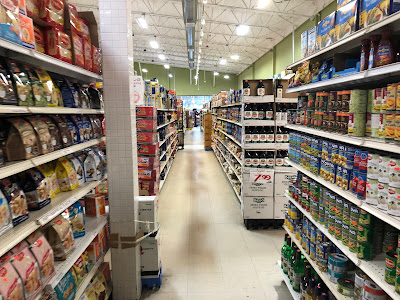 An emphasis is placed on international foods, something the Stop & Shop nearby skips over almost entirely. 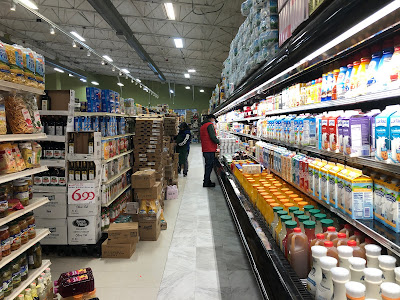 And dairy lines the outside wall. A very complete selection overall, but definitely focusing on the perishables and international foods -- both sections that Stop & Shop is very weak in. 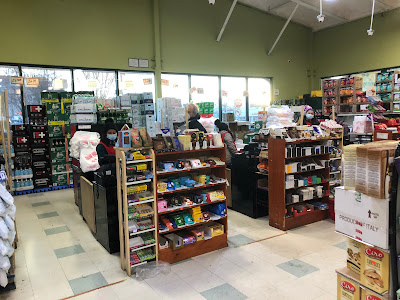 That's about all for Tenafly, make sure you see the Stop & Shop if you haven't yet! Our next stop is out to the west in Rochelle Park on The Market Report tomorrow, so stay tuned to check it out.