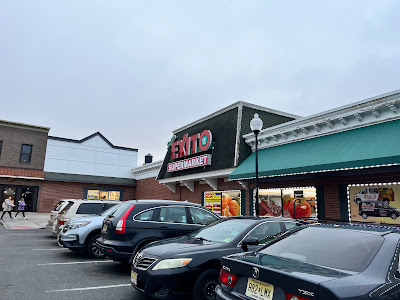 After many years we're returning to the Super Exito Supermarket at Botany Village in Clifton, NJ! We saw the store back in 2018 looking cramped, cluttered, random, and chock-full of personality. It's been fairly extensively renovated, and is feeling much more spacious but has also clearly lost a lot of personality (which I might gripe about, but who cares) but -- it felt like -- a lot of selection. 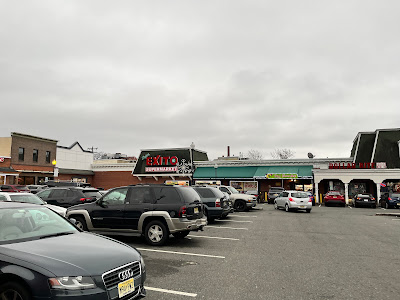 The outside hasn't changed at all, which is odd since the logo seen here on this storefront is not the latest Exito logo. I guess it doesn't matter all that much, though, since the store uses the CTown circular and in fact it doesn't say Exito anywhere on the circular -- or on the inside of the store, for that matter. Some helpful commenters on my original post clarified the history of the store, most importantly that it was built as an A&P but later became a Met Foods by 1990, then a Pioneer, and finally an Extra Supermarket before becoming Exito. Maybe it's just me, but it feels like the store has a lot more open space than it previously did. That's not exactly a bad thing, although I did feel that the store's selection was smaller than it used to be. That said, the store is only around 13,000 square feet. 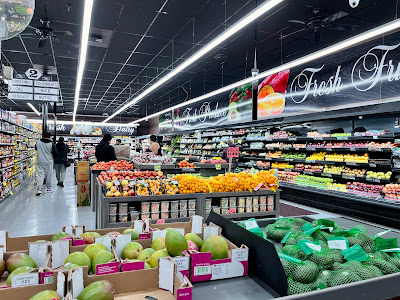 I assume the renovation here is more or less in response to the SuperFresh at Botany Plaza, or roughly across the street. The SuperFresh is around 30,000 square feet, and another SuperFresh is under construction about half a mile west. That all said, this Super Exito is looking so much better than it was. We see the layout hasn't really changed, but the produce department is looking fantastic with all-new fixtures and new decor hung in front of the walls which are now covered in a brick texture. 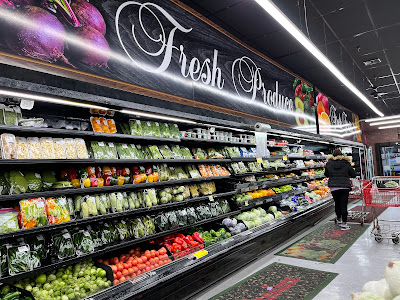 Looking great, and the produce itself looked pretty good too. The store seemed rather empty but it could have just been an off time. I shopped at the SuperFresh a few days later and it was very busy, so they may be losing a lot of business to that store. 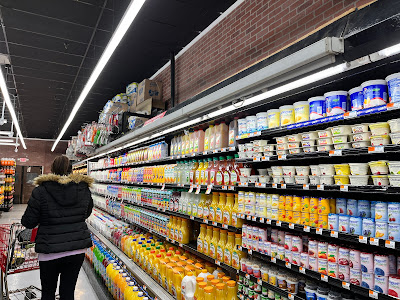 Speaking of that, I found this Super Exito to be way more expensive than the SuperFresh, and just pretty expensive in general. I'm not clear on where we are in the renovation (is it done? Is it still in progress?) but after the produce and dairy signs in the first aisle, we have no more decor around the rest of the store other than aisle markers. 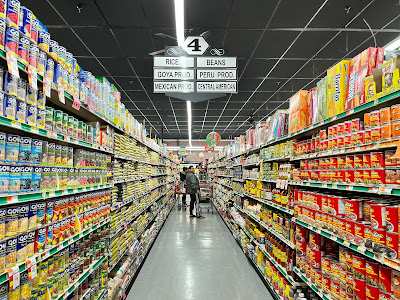 The flooring, ceiling, and lighting all look really good, and the new aisle markers are quite attractive and easy to read. Notice that the grocery shelving was not replaced. I observed an odd mix of Krasdale (from Krasdale Foods/CTown), Parade (from Retail Grocers/Fine Fare), and Best Yet (??) products on the shelves, so even though they're using the CTown circular, it doesn't seem that they're necessarily affiliated with any cooperative. I assume if they were actually a CTown, they would be required to (1) put up a sign that says CTown in some way, and (2) not sell products from a competing cooperative! 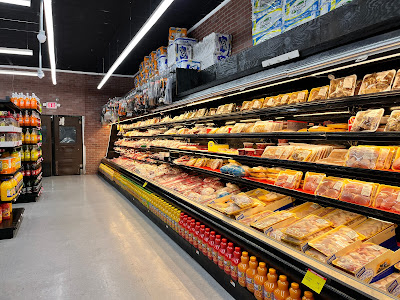 Dairy and packaged meats are on the back wall, and the seafood, butcher, and deli counters are in the last aisle. Frozen foods are still in the middle of the store, but in new cases... 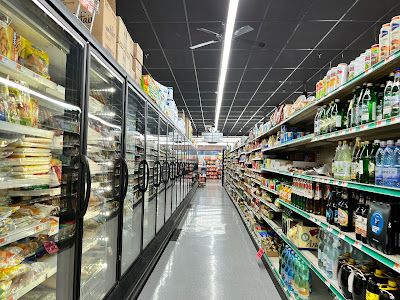 With the track lighting on the ceiling, and the giant blank wall on the side here, I really hope there is some decor installed here at some point! It just looks really plain otherwise. 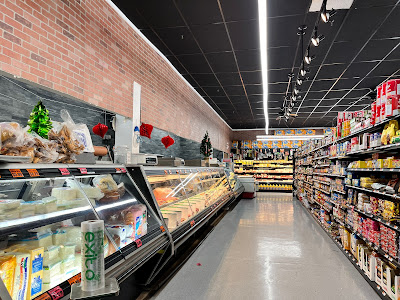 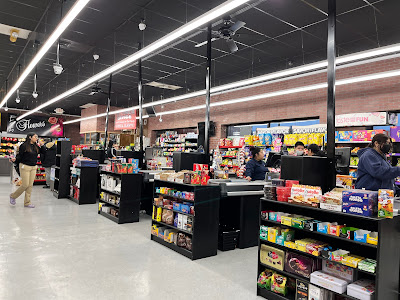 I do think the renovation makes the store look much better than it did four or five years ago, but there needs to be a better re-thinking of the store's whole operations for it to really become a great local supermarket. Lots more updates to see today, though!