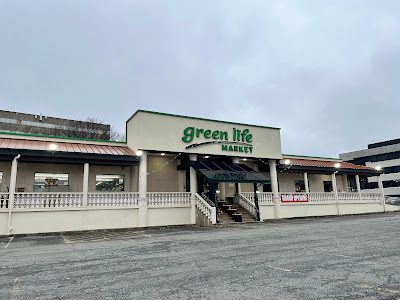 It's time to check out this brand-new, 13,000 square foot natural supermarket in Wayne, NJ, right next to the Willowbrook Mall! This supermarket really isn't like any other grocery store out there because of what it was previously. We've seen stores that were built as drugstores, warehouses, factories, theaters -- but this one was a buffet restaurant. It had a few tenants before closing during the coronavirus. In 2022, local natural food store chain Green Life Market began renovating the space and it opened in the late summer or early fall. 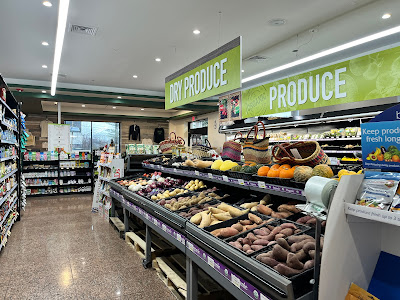 We will see clues of this building's past, including a lot of the flooring and ceiling. But it's been turned into a very nice and very complete natural food supermarket. We enter to a dairy case across what I assume used to be the host stand at the entrance of the restaurant (can't say I've ever described a supermarket like that before) and turn right to go to the produce aisle (see above) or turn left to go into nonfoods. The former dining rooms off of the main buffet area have been turned into various other rooms, with the front left room now holding nonfoods, the back left room holding grocery and frozen, and the back right area holding HABA and vitamins. Deli/bakery is in the center, with additional grocery in the main former buffet room in the center. Checkouts and a cafe line the right side of the store. 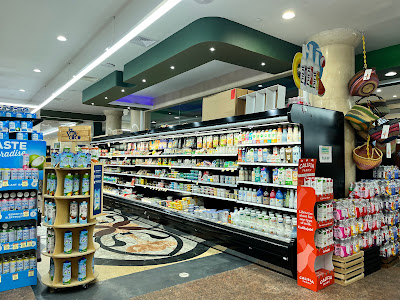 Check out the flooring and ceiling in the above picture and imagine walking into a Chinese buffet with that design. Makes perfect sense, right? 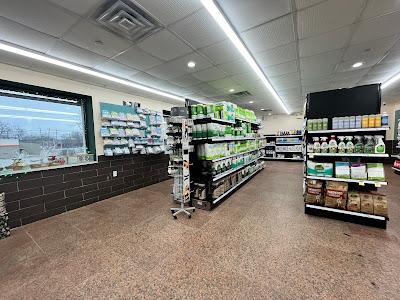 Here's one of the dining rooms, which may have been even a private party room or something like that, which is now pet foods, paper, and cleaning. 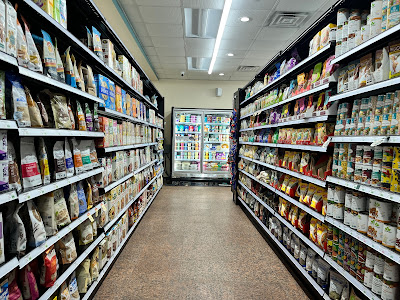 And in the back left of the supemarket we get into the standard groceries and frozen foods. At the very least it's a very creative reuse of the space with relatively little work, even if it does make the new layout rather awkward (for instance, the grocery selection is split between here and the right side of the store, with the deli/bakery and dairy in between). 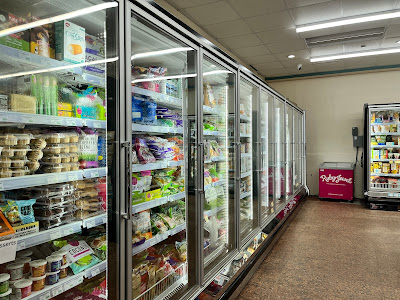 Frozen foods line the outside of this room. It looks like these cases were likely brought in used from elsewhere. 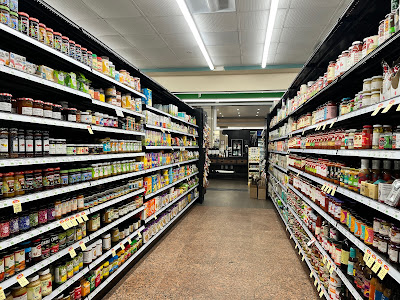 Most of the other fixtures look either new or very refurbished. 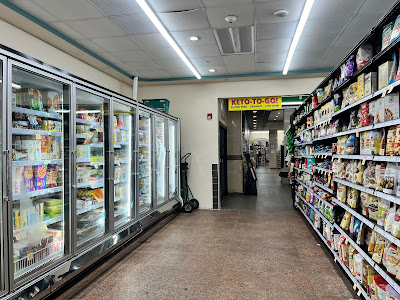 I would say the selection here is much larger than the average health food store, because of the size of the place. This is the largest of the three Green Life Markets, although there used to be another one, in part of a former A&P in Morristown. That entire strip mall has been demolished for a major redevelopment. 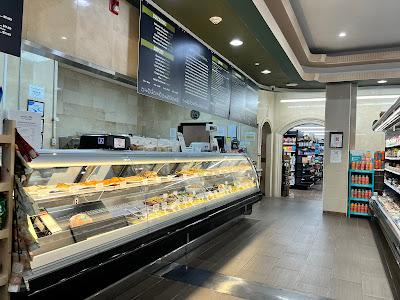 The deli and prepared foods area is in the back of the store. I'm guessing this is also where the buffet may have had an action station area, such as hibachi to order. Notice the arches and other architectural features, which again I'm assuming are left over from the buffet. Interestingly enough, the kitchen here at Green Life is gluten free. 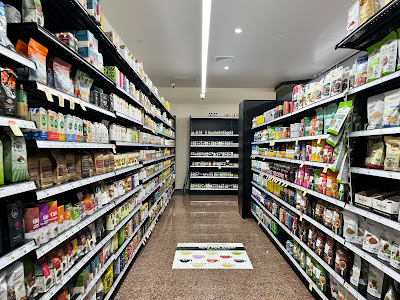 And there's a small addition of grocery (tea/coffee and assorted baking goods, I believe) in the first aisle of the HABA/vitamins section in the back, which also has its own service counter, although I don't believe there's another register back here. There was a clerk talking to customers about various health supplements and whatnot, though. 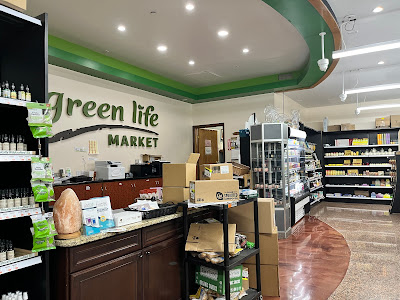 The selection of HABA and vitamins here is quite large. 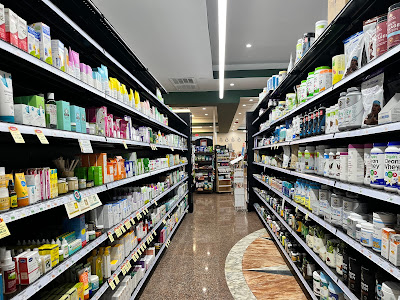 And as we see, there are a few more grocery aisles between the produce area and the deli/bakery department. 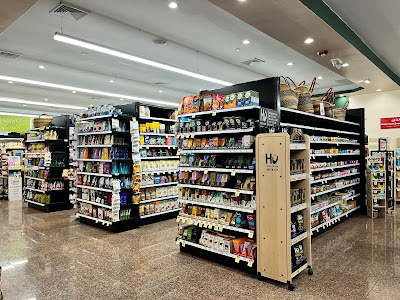 Green Life Market is a member of the Independent Natural Food Retailers' Association, or INFRA, and uses the Cadia storebrand from KeHE. 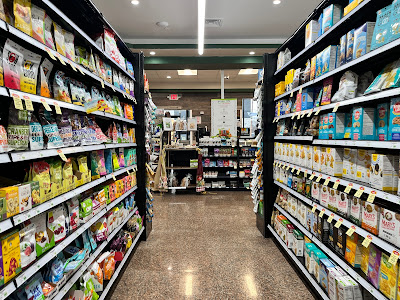 And a look at the registers, with the cafe beyond it in that enclosed porch area... 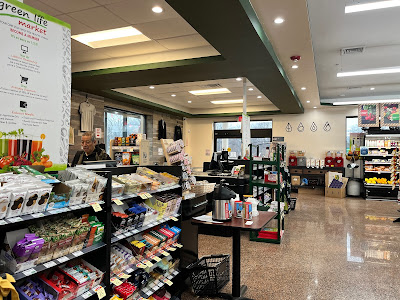 This was a very cool store, not just because of the building's former tenants. Unfortunately, it doesn't seem that the word is out yet that they're open, since the store was all but devoid of customers. We do have a lot more stores to check out today and tomorrow, though! They are all linked below, although note that the last four links won't work until midnight.