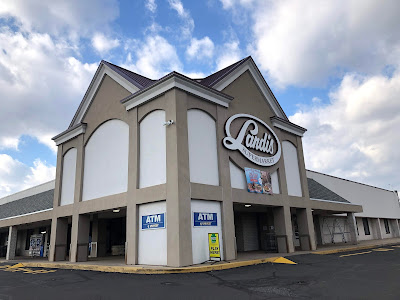 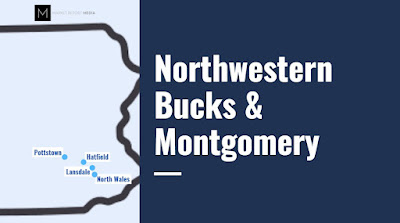 It's time for another Landis Supermarket! We saw one about eight miles to the west in Sanatoga yesterday, and today's store is another Thriftway that was sold to Landis. This one, though, was a Renninger's Thriftway that became a Landis in 2004. Landis was previously a member of the Thriftway cooperative but broke off prior to the 2015-16 bankruptcy of the Thriftway/Shop n Bag group. 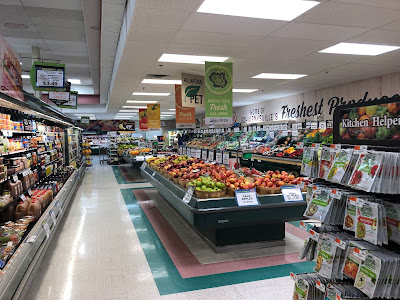 This store is slightly smaller than the Pottstown store, at around 31,000 square feet, and clearly is slightly older. Again, we see updated decor/signage but not flooring or fixtures. 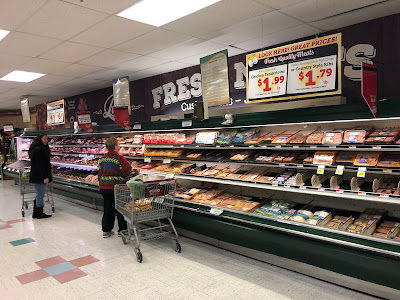 The store is also a little more limited, with no service seafood or bakery, no prepared foods, and no cafe. Produce lines both sides of the first aisle, with meat on the back wall. Deli is in the back left corner with what used to be a seafood counter over there too. Frozen and dairy are on the left side. 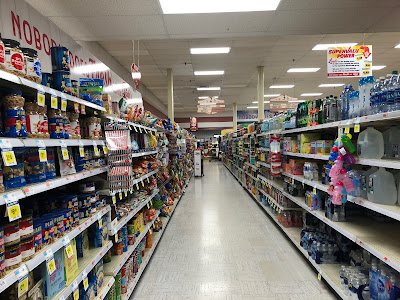 Again, I found the Landis stores to be plenty pleasant, just extremely boring. 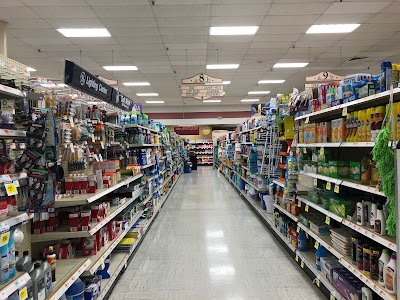 They use the UNFI/Supervalu brands, including Essential Everyday and Wild Harvest. 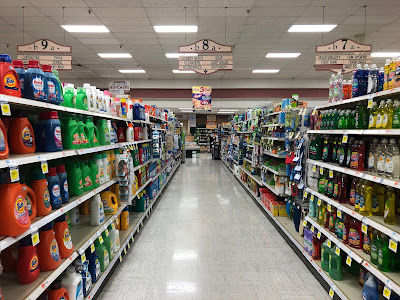 The aisle markers here look older than the rest of the decor, but may also predate Landis since they don't seem to match anything else I see around their stores. 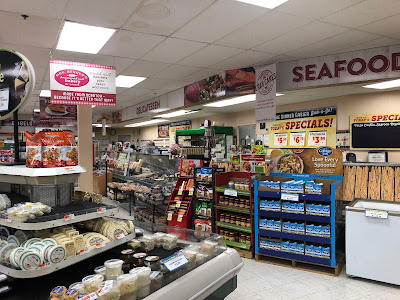 In the back left corner of the store we have the service departments, which today is just the deli. Seafood appears to have been closed (although maybe that was only temporary...?) and the deli was fully functional, and although it appears they bake in-store, there was no bakery service department. 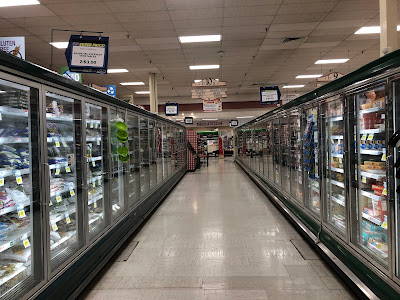 Again, we can see that this store is significantly older than Pottstown/Sanatoga. 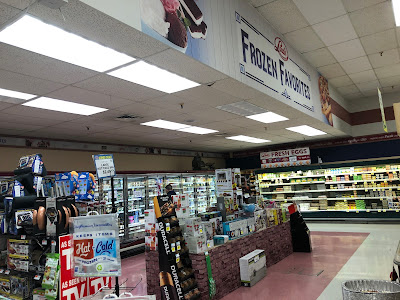 And moving on to the back corner, we have the frozen and dairy departments. 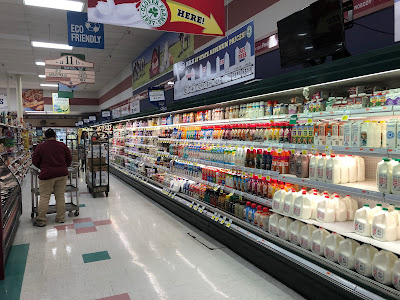 Dairy continues down the last aisle. I must say that I do not find these stores overly attractive, because although they do have some new decor it's not particularly well-designed and also doesn't in any way match what was already there. Not to mention this store is way too visually crowded with too many colors and patterns and textures all around. 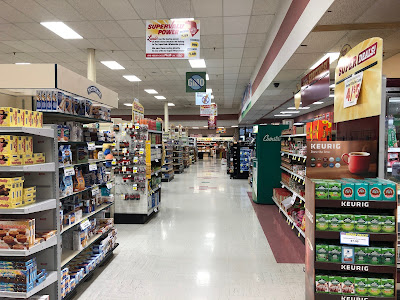 A look across the front-end towards the produce aisle. As we see below, there are plenty of examples of newer signage and decor being placed apparently right over old decor. I would like to see a fresh coat of paint on all the walls and a significant reduction in the sheer amount of signage around. 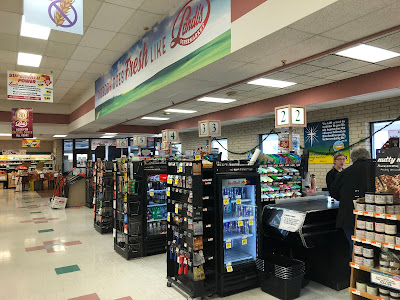 But that said, the Landis stores are still fine and seem to be well-run. Tomorrow, though, we're headed about five miles northeast for a really impressive independent store right here on The Independent Edition!