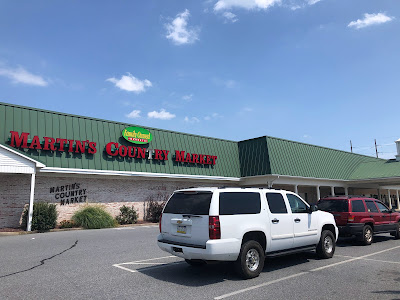 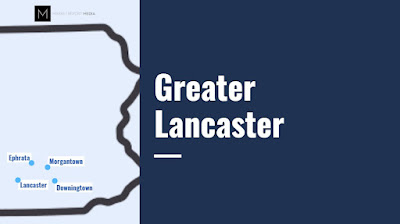 It's time for our next Family Owned Markets-affiliated IGA with Martin's Country Market! The 52,000 square foot store was constructed in 1983 along with the rest of the Lincoln Mall, including a furniture store owned by the same family. Speaking of the same family, the owner of this store also owns the John F. Martin brand of meat and deli products (his name is John F. Martin, which will not surprise you). Their cheddar is excellent. 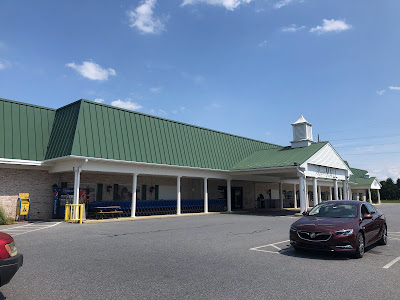 The missing letter in the supermarket's sign did not give me high hopes for the store's interior, but I was very pleasantly surprised. According to the store's website, they did a full remodel in 2012. 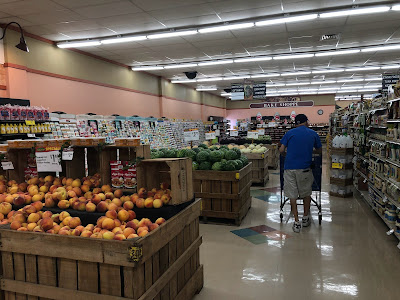 I'm trying to remember the specific layout, but I believe grocery aisles run parallel to the front wall. Bakery, produce, and dairy are on the left-side wall, with meat/seafood on the back wall and deli/prepared foods in the back right corner. Checkouts run along the right-side wall. 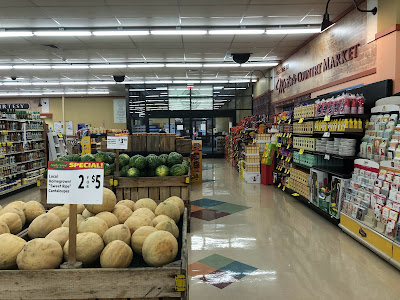 The store is large enough that there's plenty of space for general merchandise, as we see here, and a lot of local produce (such as those canteloupes which, even though I visited this store three years ago now, are still the best canteloupes I've ever tasted, by far). Plus at $2.50 and they were enormous... all around a good purchase. 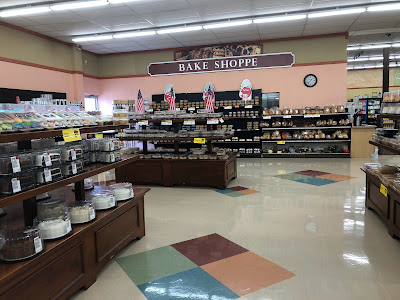 At the end of the first aisle here is the bakery, which is located in the corner. The spacious produce department takes up most of the left side of the store. 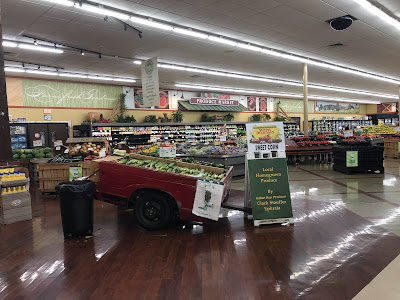 Again, we see a lot of local produce. I love the design of this area (and the service departments, which we'll see shortly). Very nice renovation here. 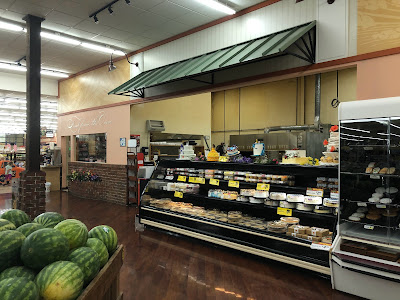 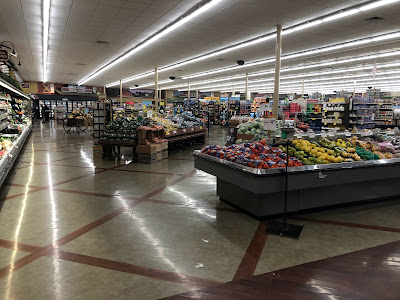 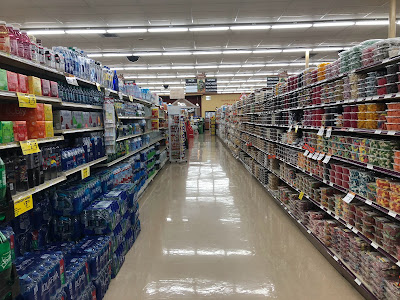 And bulk foods, of course! 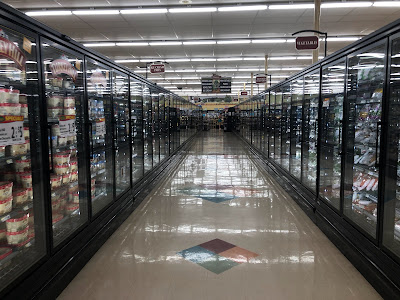 It looks like the freezer cases were replaced in the 2012 remodel. Most of the fixtures probably were. 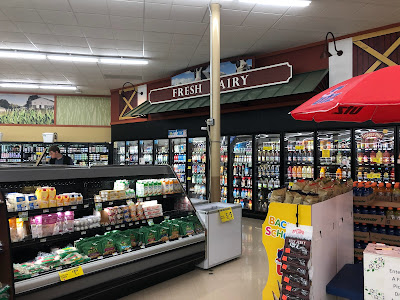 Here's a look at the milk case in the back, with the rest of the dairy department somewhere in this area. Unfortunately, I don't remember the layout specifically enough. 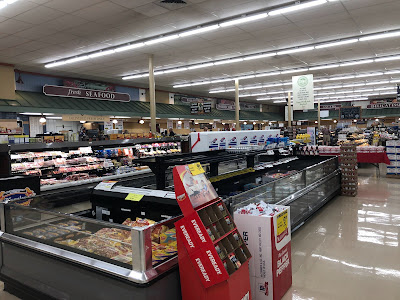 On the back wall is an expansive set of service departments, with huge meat and seafood counters taking up most of the back wall. 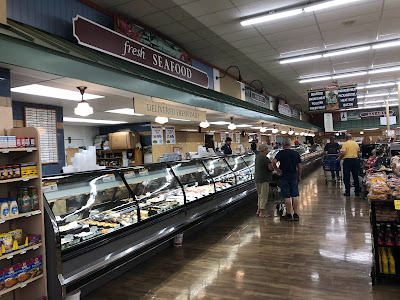 Between the flooring, the decor, and the fixtures -- not to mention the enormous service departments -- this store is a much higher-end experience, and they likely do that intentionally to differentiate themselves from Sharp Shopper, which is practically across the street. 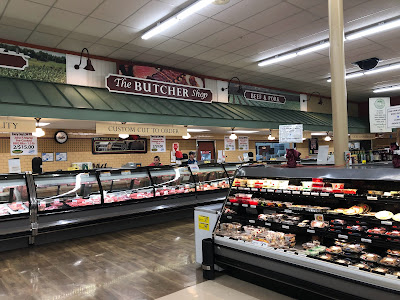 Packaged meats are opposite the service departments. 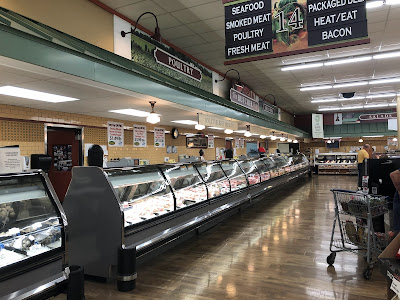 I've said it before, but it's really unusual to me to see these enormous perishable counters (especially seafood) in a rural area like this. I don't know exactly why these stores developed this way, but it's obvious that's a trend in the Lancaster County area. 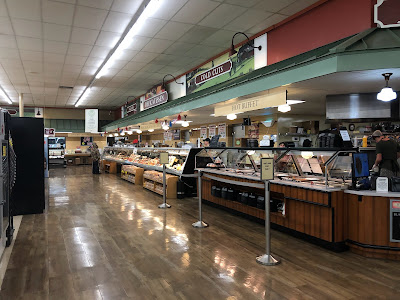 And here's the large deli and prepared foods department in the back right corner. There's a seating area just out of frame to the right. 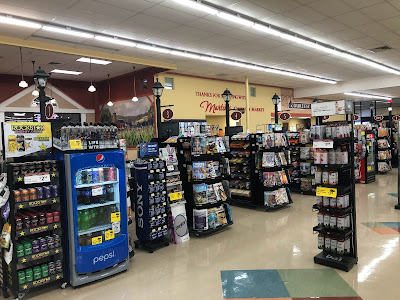 I really enjoyed visiting Martin's Country Market, and it was much more impressive than I was expecting. It seems to do quite well, but in addition to Sharp Shopper and another salvage store, it competes with two big-chain supermarkets in town. We'll check out one of them tomorrow on The Market Report!