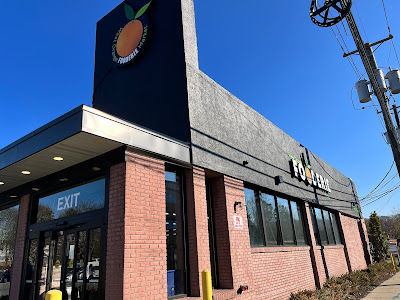 Our second Special Report of the day is here in West Orange, NJ, about six and a half miles outside of downtown Newark. The building at 629 Eagle Rock Avenue was built in 1953 as an ACME which closed in 1965, and by the 1990s, CVS had opened in the space. CVS built a new store down the street in 2014 and then closed this one in 2018, with Aron's West Orange Market opening that year (see more coverage of Aron's here). It seemed that the store was poorly-run, and closed by 2021. 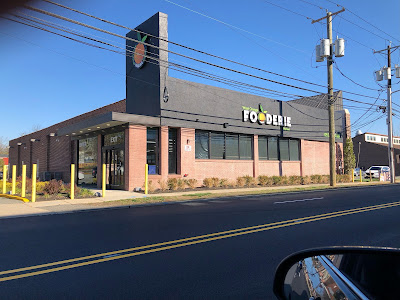 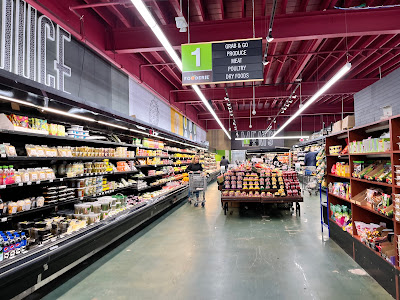 Fooderie has not done much renovation inside, with just a few signs changed out. The decor is all still left over from Aron's, as are nearly all of the fixtures. The store has been reset with things in slightly different places, but by and large, the store looks exactly the same as it did when it was Aron's. As we see, it's a very attractive store and they manage to fit a lot of selection into the space that really isn't that big. 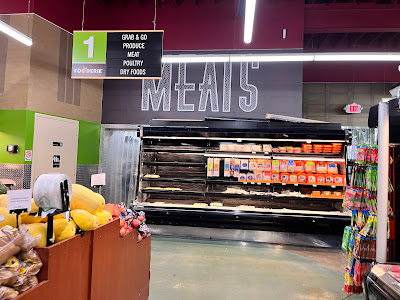 But Aron's problems included lack of stock in the perimeter departments, and it doesn't seem that Fooderie is fixing that too quickly. Admittedly, this could still be the soft-opening phase of the store, and I was also here the day before Thanksgiving, so perhaps they were either preparing to close for the holiday or else sold out of most key meat items. But that's not all, we'll see more shortly. The grocery aisles are fully stocked. This being a kosher supermarket, every product in the store is kosher but many of them are from familiar brands, since many traditional grocery staples are in fact kosher (see the Domino sugar here, for example). I believe nonfoods and some basic groceries come from Krasdale. 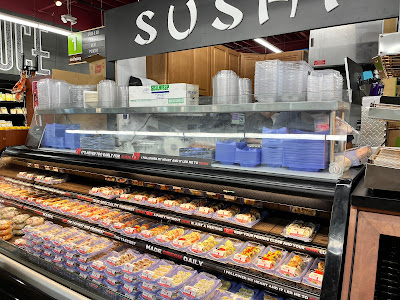 There's a sushi counter, from an outside vendor, at the front of the first aisle. 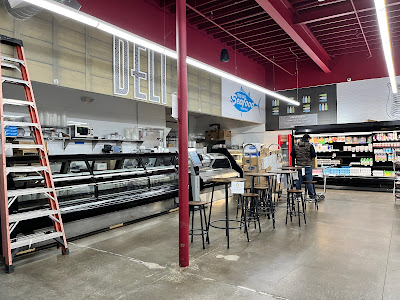 But again, inexplicably, the deli and seafood departments were completely closed save for a few packages of fish wrapped on styrofoam trays under the service counter. Why is that? I would say that, if Fooderie wants to improve and not repeat the same mistakes as Aron's, they need to understand that maintaining that full range of selection and services is where Aron's struggled, and they need to make absolutely sure they don't fall into the same problems themselves. An interesting side note here, because of the kosher regulations, there are two sets of chairs and tables (one here in the back and one in the front), and one is specifically dedicated to eating food prepared with meat and fish, and the other one is dedicated to eating food prepared with dairy. As you may be aware, in kosher regulations, meat and dairy are not to be mixed. 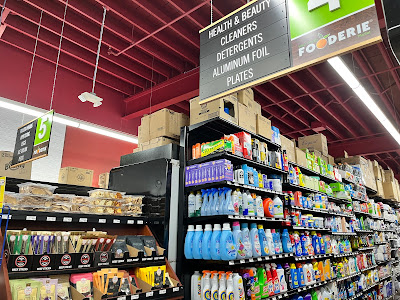 There's also a fair amount of nonfoods here, so although it is a full kosher store, it's also a pretty complete neighborhood supermarket, with only a few things that are not sold here (for instance, any pork products, again because of the kosher regulations). 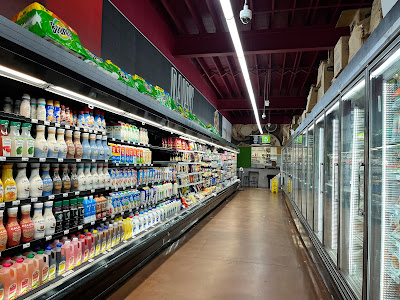 In the last aisle we have the dairy and frozen departments. Again, we're seeing stock problems in the dairy cases but I'm going to chalk it up to a soft-opening. I'll check back soon. In the front corner is the pizza and bagel department where Aron's had a bakery. I'm again confused as to why the department is almost completely empty. 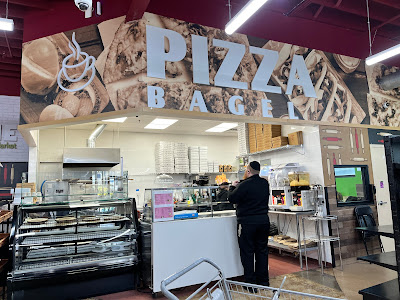 And opposite that is the front-end, with some newly-installed self-checkouts. 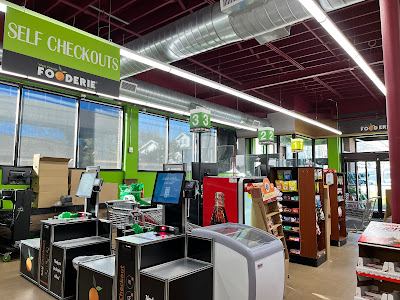 The West Orange Fooderie is definitely a nice place but I'm not sold on the execution. As I said, I'm worried they'll fall into the trap of making the same mistakes Aron's made. And in the next town over, the Kings has just added a full kosher department, while the ShopRites in West Orange and Livingston have very large kosher selections. So competition is tough, but there's definitely room for an all-kosher supermarket in this area. It just remains to be seen if this one can do it. Don't forget to see what else we have here today, and tomorrow we're back in Pennsylvania in the Reading area!