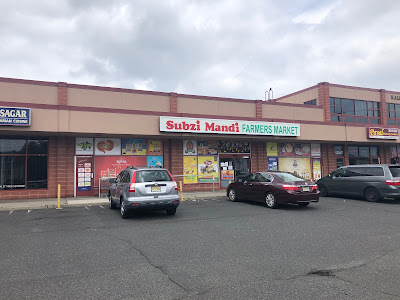 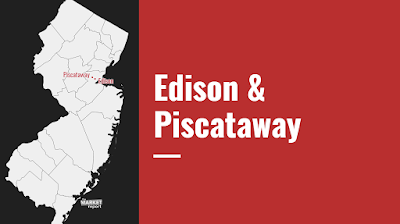 The road between Edison (on the Highland Park side) and Piscataway starts in Edison as Plainfield Avenue, then becomes Stelton Road across the border in Piscataway. So yesterday's produce market was just up the street, even though the name of the road is different, about a mile and a half. And as we circle north from Edison into Piscataway, we're circling around the northern side of Rutgers University's Livingston and Busch campuses. After we see the last few stores here in Piscataway, by the way, we're crossing the Raritan River into New Brunswick, where we'll see other stores between Rutgers' College Avenue (to the northwest) and Cook-Douglass (to the southeast) campuses. But for now, we're stopping by this independent Indian grocery store that opened in 2010 in a small strip mall. The store is about 4,000 square feet, which is much smaller than the Iselin location we saw not long ago. And long ago, we took a quick look at the Subzi Mandi Farmer Market in Parsippany over on The Market Report. 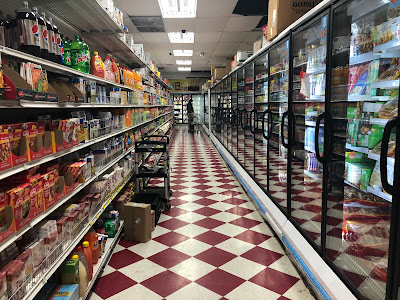 The store is extremely deep but only a few aisles wide, with frozen foods lining the outside of the first aisle, refrigerated products on the back wall, and produce in the last two aisles. 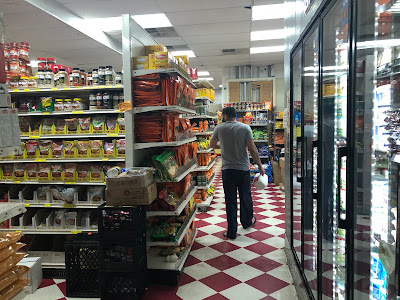 The back right corner of the store has a cooler that actually extends out into the sales floor, causing a few extra corners along the back wall here. 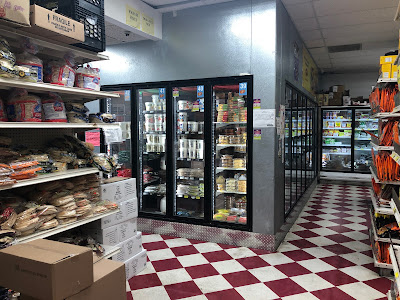 The store is very clean but also seems to be pretty low-volume, so there aren't a lot of people coming through to mess it up. It's nicely organized, though. 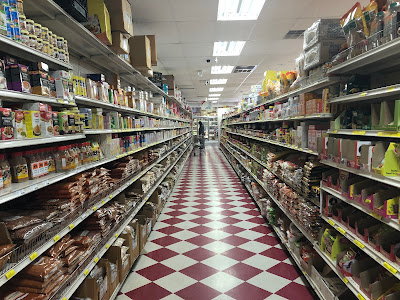 I believe there are six aisles. The fact that the grocery aisles are not lined up to the tiles drives me crazy. How does that happen? 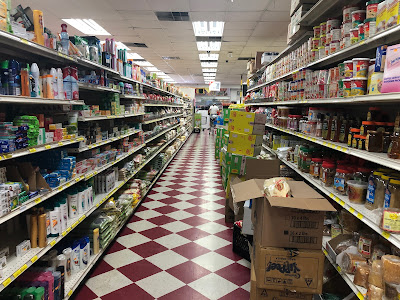 Produce takes up the last two aisles, with a display bin in the middle that extends the full length of the aisle. 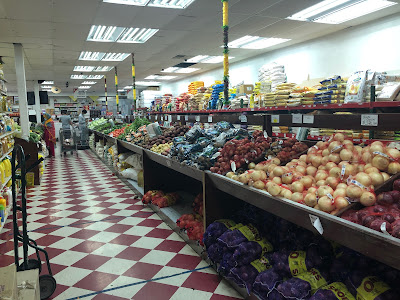 Notice that the fixtures and the flooring are nearly identical to Iselin. 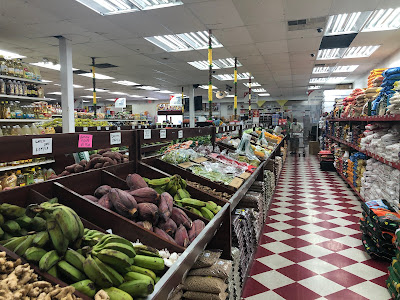 Rice and bulk foods line the outside wall of the store. 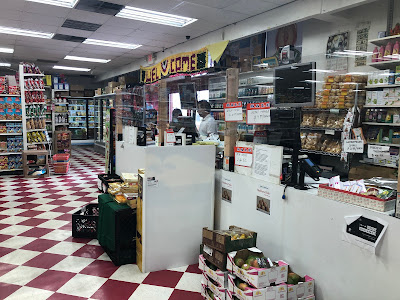 Checkouts are on the front wall. Tomorrow is our final day of the group, and we're actually seeing three stores at once! We'll have one here and two over on The Market Report.