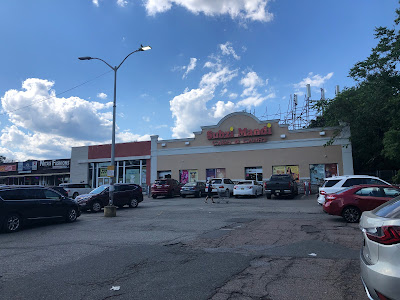 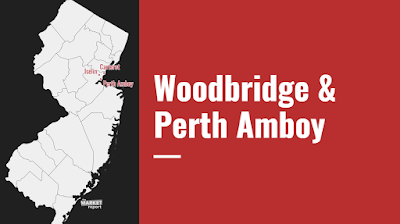 Finishing up our coverage of Oak Tree Road between Edison (Apna Bazar, Patel Bros, India Grocers) and Iselin (Patel Bros again, Asian Grocery, and this store). This store was built in the 1960s as a ShopRite, and I think it's a fair assumption that it was owned by the Sitar family, who today own the ShopRite over in Carteret -- though I could be wrong. I have a gap between the 1980s, when the store moved down the street to the building that's now India Grocers, and 2003 when this store opened, and I don't know what the store was in that period. But I can tell you that the building used to look a heck of a lot more like a 1960s-era ShopRite than it does now. Inside, I'm assuming absolutely nothing remains from ShopRite, but outside, we have remnants from a different chain... 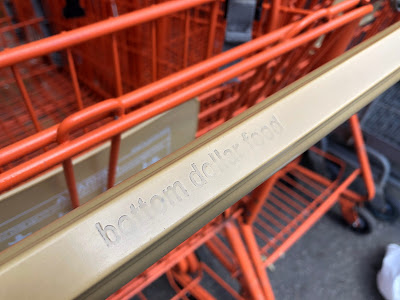 Like many Supremos, this store uses a full fleet of former Bottom Dollar carts. Bottom Dollar was an ill-fated discount chain that entered mostly southern more than northern New Jersey (and much of the mid-Atlantic region), but failed very quickly. It was owned by Delhaize, which owned Food Lion and Hannaford, and is now part of the Ahold Delhaize conglomerate. 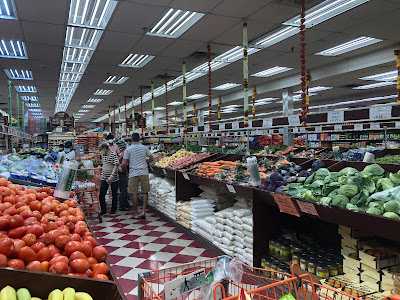 Produce takes up a large part of the store, I'd say about a quarter of the space in the front left corner. Grocery aisles take up the rest of the store, with refrigerated/dairy on the back wall and frozen at the right side. 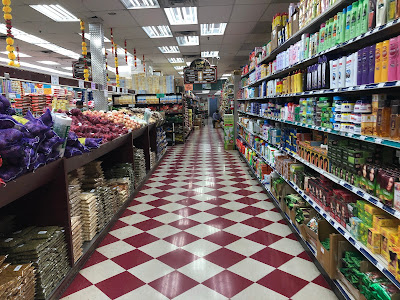 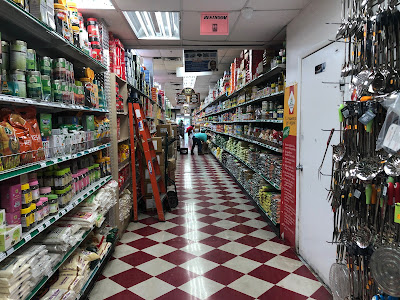 The back of the first aisle becomes general grocery. Like the other stores we've seen, Subzi Mandi has a large bulk selection at the back of the store -- probably selling primarily to small restaurants. 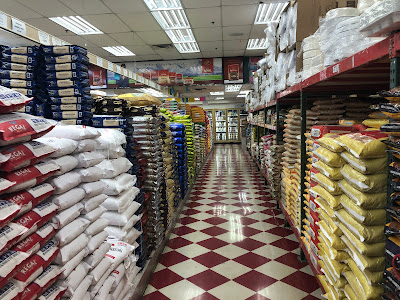 And refrigerator cases line the back wall. Interestingly enough, they're actually stocked from behind like larger stores' milk cases, something we haven't seen yet. 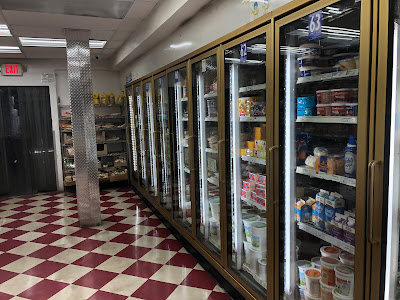 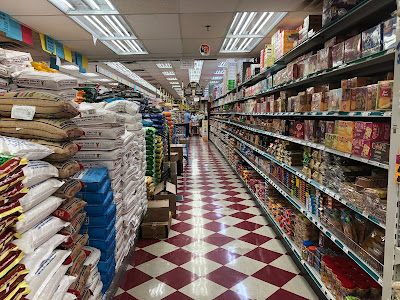 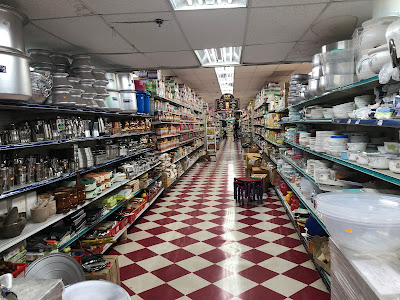 And like the other stores, we see a large kitchenware selection here. Given the lower ceiling in this section, we might be standing in what was ShopRite's backroom space. It's hard to ascertain exactly what ShopRite's footprint would've been, since there's now a bank next to the store. It's equally possible the ShopRite had a bank next to it and that the bank took up space that used to be ShopRite's sales floor. I unfortunately seem to have missed photographing frozen foods, but they line the outside wall in the last aisle. For a look at the front end... 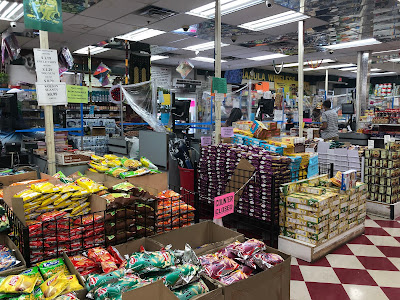 That is all for Oak Tree Road! We're now heading about two miles east for a former supermarket in a different section of Woodbridge tomorrow on Grocery Archaeology!