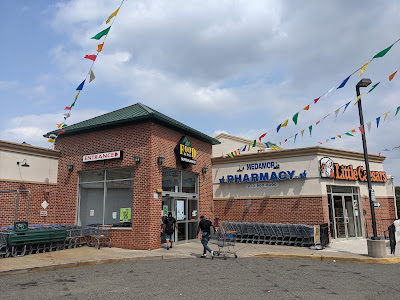 We return to Newark's Central Ward to see some updates at the Food Depot Supermarket! This store opened in 2012 in what had been an indoor flea market but going back long ago was a Foodtown and then a Good Deal supermarket. Check out my original tour here from 2018. The whole store hasn't been remodeled, but there are some significant upgrades which we'll be taking a look at now. 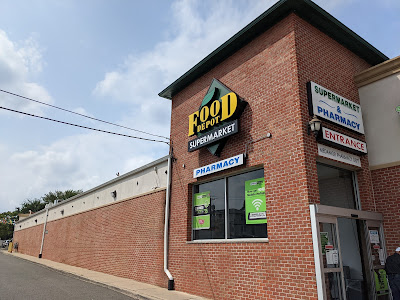 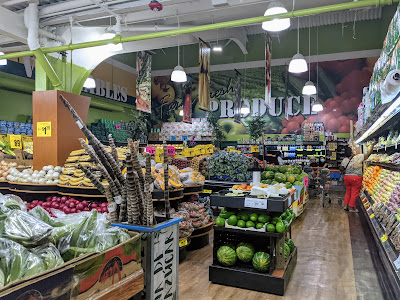 ...which looks a lot like how we saw it previously, just a bit brighter. The department has been reset with what look like a few new cases in the middle, but the ceiling has also been painted white and the flooring (throughout the store) has been replaced with a wood-look texture. 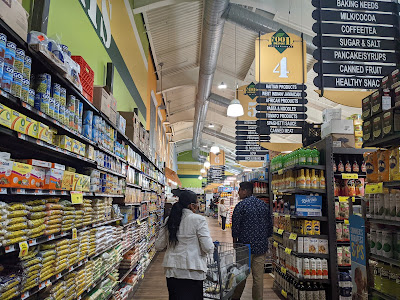 Moving into the main supermarket sales floor, we find that the meat cases have been eliminated from the back wall. That area is now home to international items which then continue down aisle 5. As we'll see, meats now take up the middle of the store (between aisles 5 and 6). The deli has been moved from its location beyond the registers to the back wall, and the former seating area is now baked goods and bread. 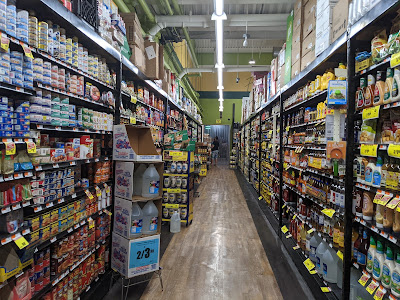 Like the Extra stores run by this group (Lyons, Maplewood, East Orange, and now Dover; the same owners also own a Food Depot in Kearny, a CTown in Newark, and a Bravo in Orange), this store uses a combination of Krasdale brand products from Krasdale Foods in White Plains, NY, and Best Yet/Full Circle products from C&S Wholesale Grocers in Keene, NH. 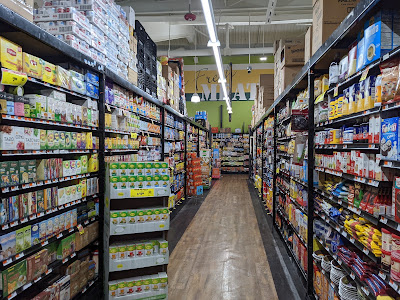 It appears the renovation is over (although there could always be more, of course) but the meat signage remains over the section where there no longer is meat. 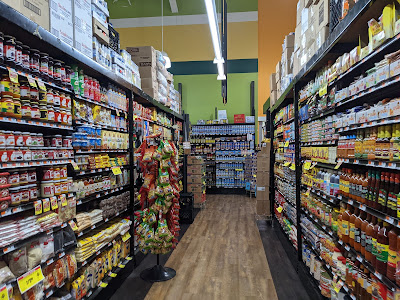 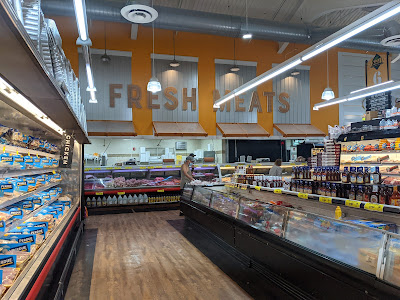 Wow, this is looking fantastic! The selection has also been fine-tuned a little, as I noticed quite a bit of halal meat that certainly wasn't there last time. 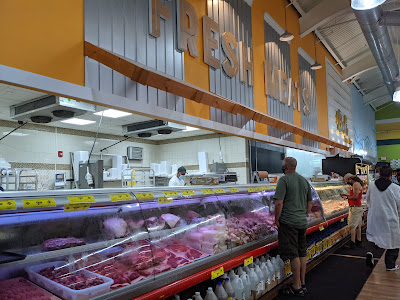 It looks like these cases might be new, since if you look at the older pictures in the original tour, there aren't any rounded cases like this with a red stripe. The decor certainly is, and it's worth noting that the firm responsible for this remodel is also behind the SuperFresh in Passaic and the ongoing remodel at Universal in Rahway, which gives me high hopes for the latter's potential. 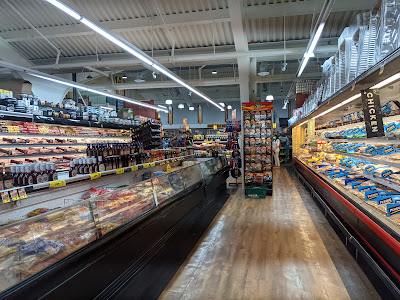 I wonder how much, if at all, the grocery selection had to be trimmed down to accommodate this new section. Maybe not much, actually, since we saw the international section had moved to the back wall, bread was moved to the front-end, and the main display was eliminated... 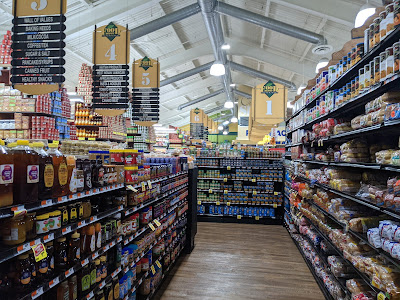 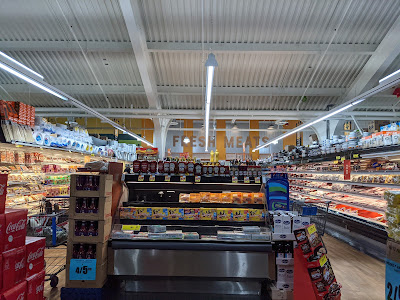 Looking very good! It seems that most of the fixtures here are new, although it's always possible they were brought in secondhand from elsewhere. 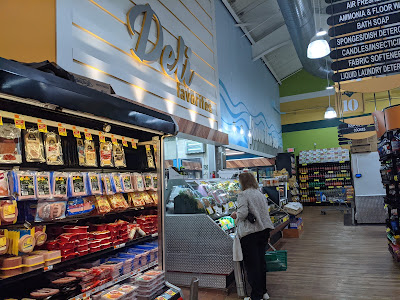 Deli, as I mentioned, has been moved to the back wall, with seafood in the corner behind it. Great new decor! 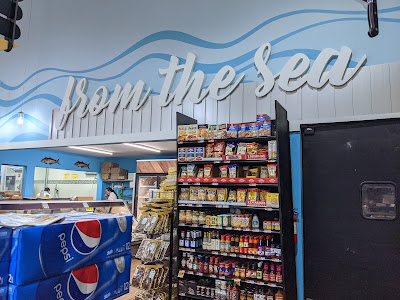 Here we can see that the seafood counter has been angled 90 degrees (behind the Pepsi) so that seafood and meat share a prep room, and the outside of that corner is now occupied by frozen seafood cases. Looks like the service counter is the same fixture as previously, just moved. 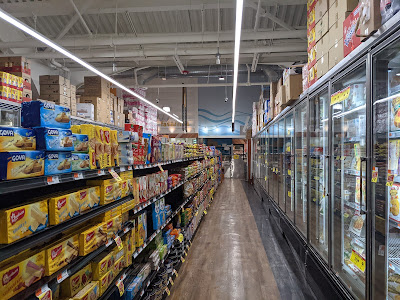 Oh, and here's another way to counteract the loss of those grocery aisles. The random sale displays and additional stock sitting in the middle of the frozen and dairy aisles have all been eliminated to install new, lower shelving for additional grocery items. 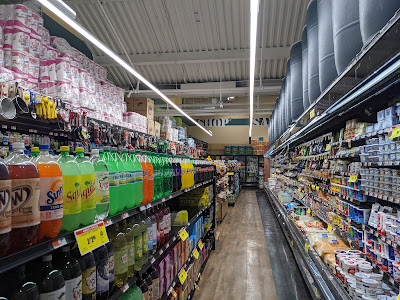 So we see here, for instance, that the soda department is located in the dairy aisle instead of in one of the other grocery aisles. Very efficient space usage for sure, although I imagine if the store ever gets really crowded it wouldn't be fun. 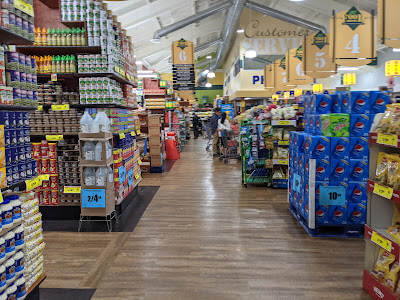 Looking towards the dairy/pharmacy side of the store on the front end. Unfortunately, there were too many people around for me to get a good picture of the rearranged hot food counter on the front wall, but we can see the change where the seating area used to be opposite it... 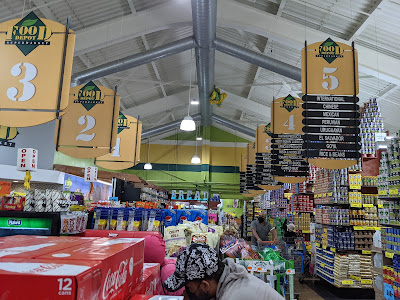 You now exit below the Food Depot logo on the wall to the left, which of course used to be where the deli department was. You can also see where the new bread area is under the sign that says, well, bread. 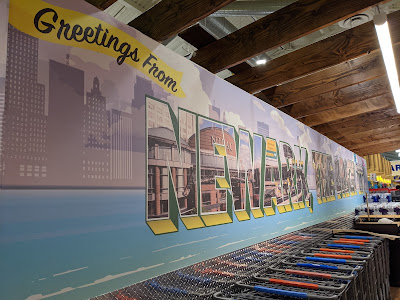 Greetings from Newark, the Brick City! Very nice -- this is on the back of the bread shelving as you're leaving. Also note the secondhand Walmart carts which make up this store's fleet. 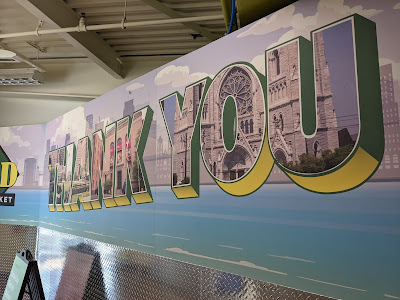 Various pictures of local landmarks make up the text -- very nicely done! This is the last sign you see as you exit to the left in the above picture. Glad to see some really great remodeling being done here, and don't forget to see everything else we have today here!