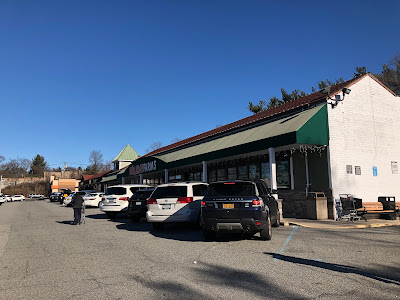 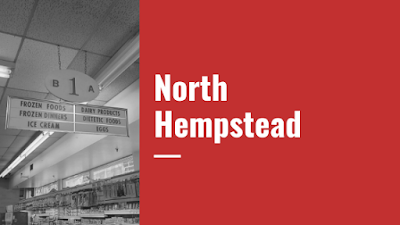 I don't know for sure, but this store has the look of an old Grand Union. Even with an expansion, it's only about 10,000 square feet. But it's a great looking store, and it's had some nice renovations. The exterior has recently received a new awning, and it formerly looked like this. 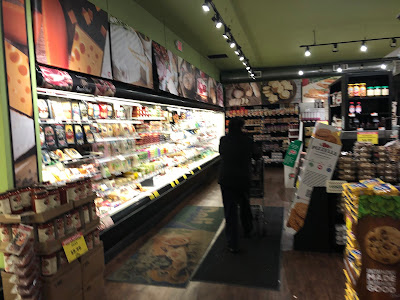 You enter and turn left into a room with the deli and bakery. The front wall is to the left in the above picture. 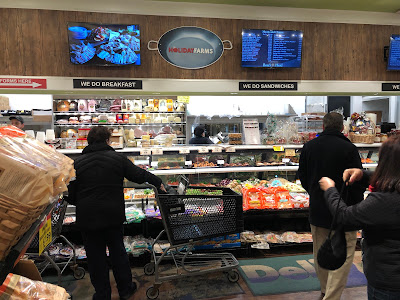 I suppose it's no surprise, for this Long Island store with a Jewish owner, that the deli is the centerpiece. It's enormous and beautifully stocked with prepared foods and lunchmeat. 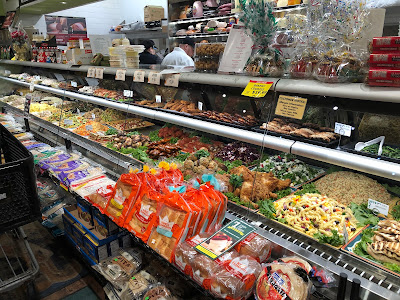 The deli/bakery room is an expansion. There's also a small salad bar facing the main store. 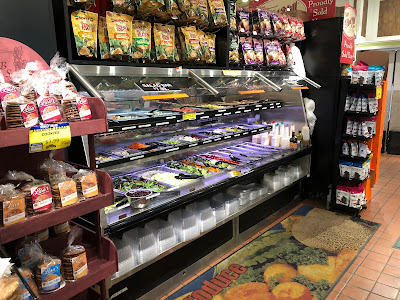 And now we move into the original part of the supermarket, starting with produce in the first aisle. Meats run along the back wall with dairy in the last aisle and frozen in the third aisle, strangely. 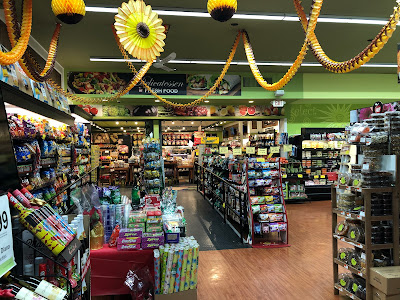 Here we're looking from the front end towards the deli/bakery room, with produce to the right. 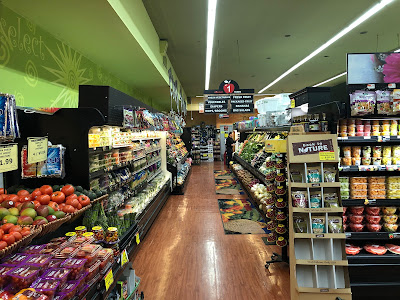 The produce section is packed with products for a very small space, and the decor is very successful, if a little outdated. 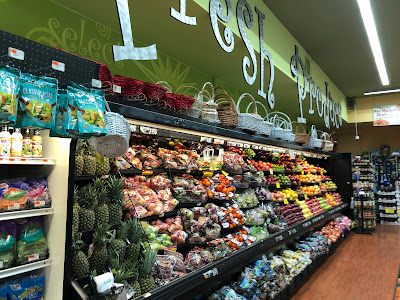 We see more of the oversized lettering along the back wall for the meat department. 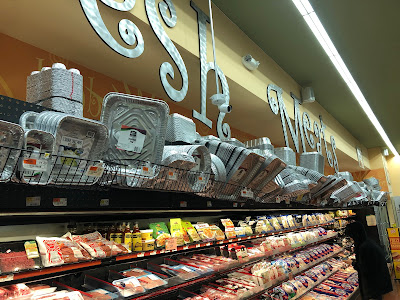 I'm not sure why the frozen foods are in the third aisle, but they are. It's not halfway across the store either, as was common in A&P stores, as there are nine aisles. 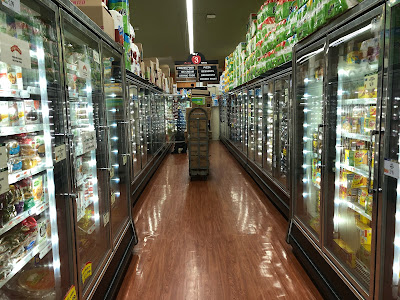 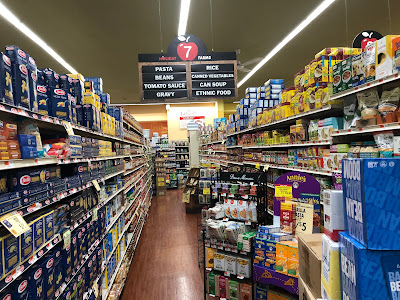 The grocery aisles are packed with selection too, with a skew to the upscale given the area the store is located in. Nice flooring! 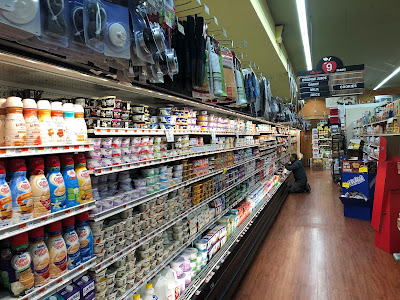 Dairy lines the last aisle of the store. 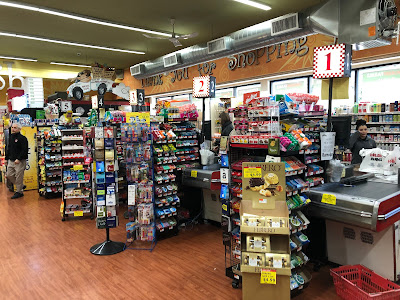 And there's a quick look at the front-end from the produce side! Doesn't look like the checkout lane markers match the rest of the decor, and the checkstands themselves are certainly much older. If this was a Grand Union, I could see them being left over from then! Anyway, that about wraps up our Holiday Farms tour, and up next we'll see another Key Food affiliate not far away in Albertson over on The Market Report. (By the way, there is a second Holiday Farms in Glen Oaks, which is a former Waldbaum's.)