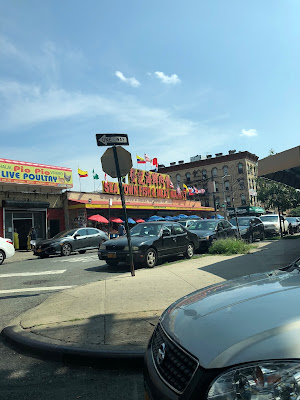 Today's store is a Sea Town Supermarket. No, not a CTown Supermarket. I don't actually know whether these folks were trying to make their store sound like CTown, but they are totally unrelated. For a little history here, the Sea Town Fish & Meat Market opened in 2009 on the northeastern corner of Linden St and Irving Ave as a primarily Asian produce, fish and meat market. Following its success, the owners also took over a property across the street and opened it as the Sea Town Supermarket, presumably selling everything except those three departments, as I would imagine it would be redundant to include them all again. 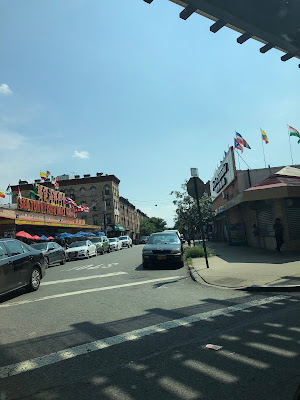 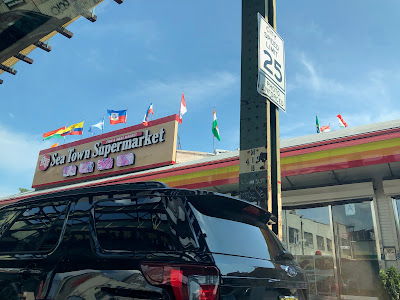 The owners of these stores also own the Green Corner Fish & Farmers Market. 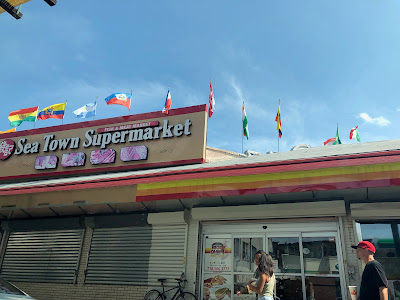 Not loving all of the closed rolling doors around the property, it makes the store look out of business when it's not. 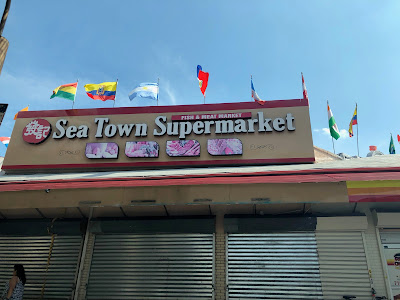 But it does look like this store does a great business, so I won't tell them how to run it! We have another Snapshot here just a block or two away tomorrow before we tour a Food Bazaar just east over on The Market Report on Tuesday!