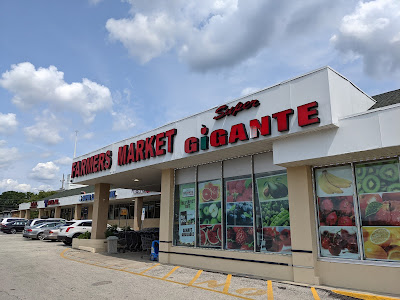 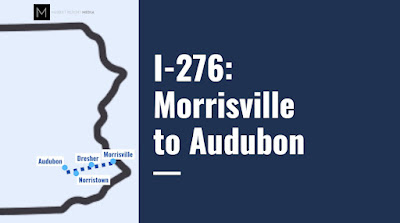 A few days ago, we saw the DeKalb Supermarket in downtown Norristown. It's not a bad store at all, in fact it's quite solid, but I was hoping for a more exciting product selection, better perishables, and more A&P relics. I didn't exactly get what I wanted there, but I am very pleased to say that I found all of that here at the West Norriton Farmers Market, also doing business as Super Gigante. 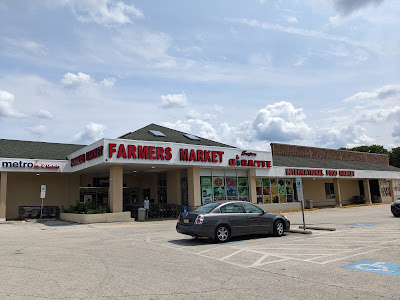 This store was constructed in the 1980s as a Genuardi's, which relocated from the other side of the strip mall. JoshAustin610 has some more interesting history, and a picture of the store as Genuardi's, here. When Genuardi's went out of business, this roughly 35,000 square foot store was not acquired and sat vacant for a while before Super Gigante, a chain of international supermarkets in the Philadelphia and Wilmington areas, moved in. Super Gigante did make quite a few changes to the store, but left the Genuardi's decor and basic layout intact. 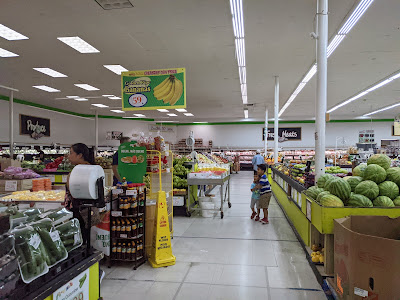 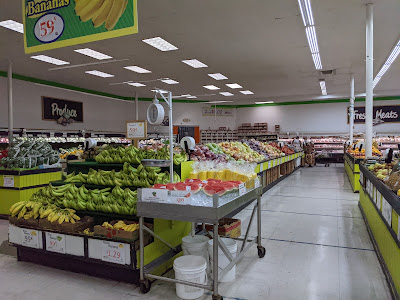 Although the decor and flooring are left over from Genuardi's, the fixtures here are not. It looks like Super Gigante roughly doubled the size of the produce department, which makes sense given the fact that they're branding the store as a Farmers Market. Check out the lighting above -- you can see where the grocery aisles would've been previously. 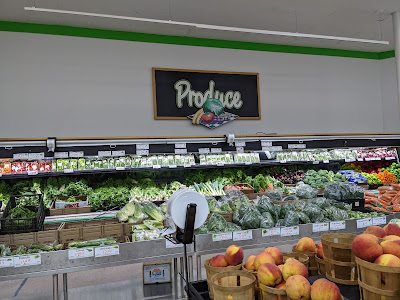 I am unfamiliar with Genuardi's, so I don't know if the walls were painted when Super Gigante moved in. The decor is definitely left from Genuardi's, and we'll see more evidence of that. 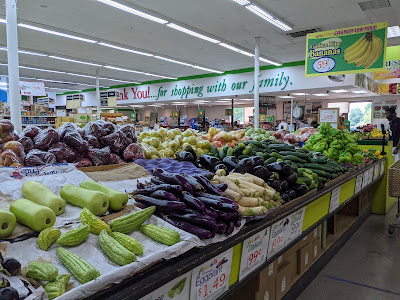 The produce department is vast and very international-focused, much like we'd see in a Food Bazaar or SuperFresh up in northern NJ. And similar to those stores, the owners of this chain are Korean-American and focus their stores on Latin, Caribbean, and Asian foods. 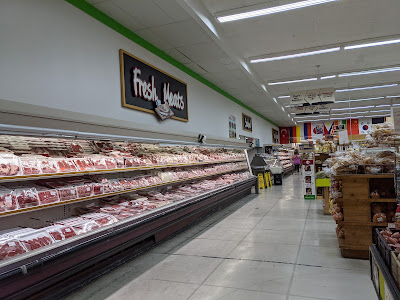 As we can see, the proportion of this store has been drastically changed from its days as a Genuardi's, with a much larger section dedicated to produce and meat/seafood. The grocery selection is much smaller than Genuardi's, and more international-focused. 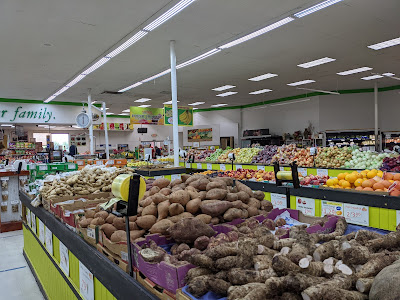 But the produce was great -- very fresh and an exceptional selection. Not to mention, the prices I checked were very affordable. 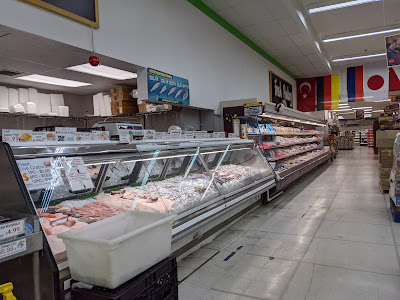 Service meat and seafood are on the back wall, and it's hard to tell whether this fixture is left over from Genuardi's. I assume most fixtures are. 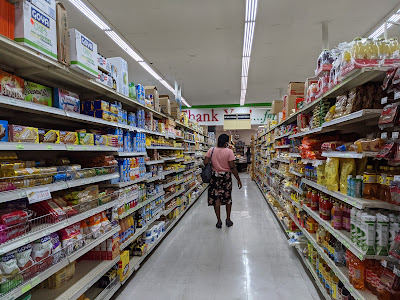 Moving into the grocery aisles, we see they're packed with a lot of selection of all kinds of foods (mostly international, as I mentioned). And although the store is older, it's extremely clean and bright. 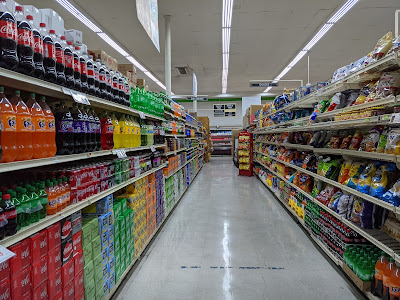 And very well-stocked. Check out that soda! 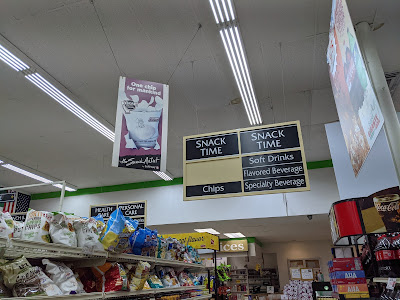 Here in the snack aisle, we have a close-up look at the Genuardi's-era aisle markers along with one remaining Snack Artist sign! Notice that it actually still has the Safeway logo labeled on it. 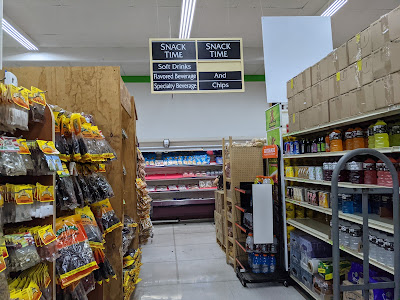 Not all of the aisle markers are perfect anymore, because Super Gigante has reset the store with -- as I mentioned -- a very different product mix. 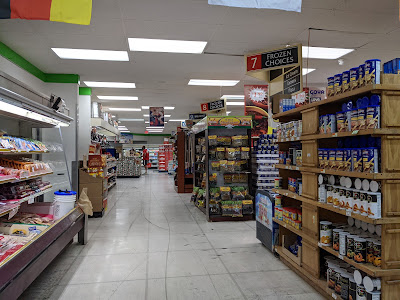 As we move into the last few grocery aisles, we get some regular staples that we can recognize like canned soup and vegetables, and there's also a department for Seven Farms organic items here. 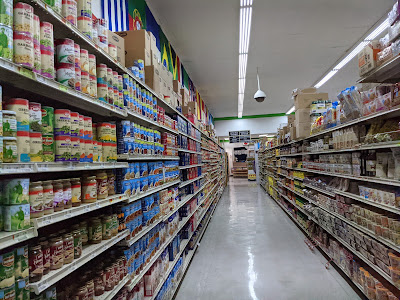 In the back corner is the deli, which is a pretty standard supermarket deli. It's not overly exciting compared to the rest of the store. 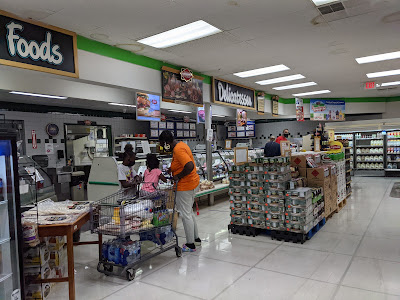 It appears Genuardi's had two aisles of frozen foods, which Super Gigante has oddly reduced to just one side of one aisle. And all of the frozen foods are put into these small, freestanding coolers. I don't really understand that decision, beyond perhaps a focus on fresh items and perishables rather than frozen foods. 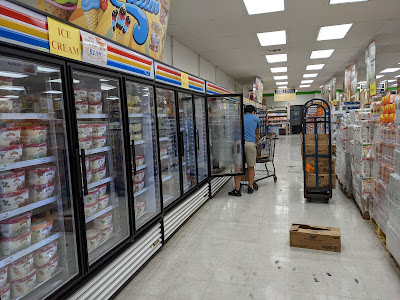 And in the last aisle is the dairy department on the outside wall. Clearly, all of these fixtures are left over from Genuardi's. 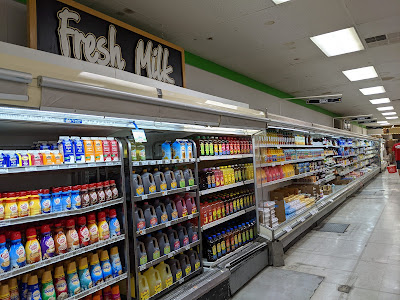 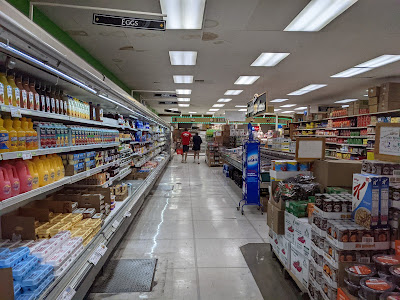 And in this last aisle we have an island for Specialty Cheeses, which is now stocked with mostly pre-sliced deli items and international cheeses and deli items. 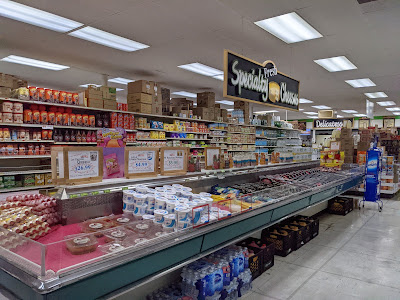 And a strange thing in the bakery, at the time of my visit it was almost completely empty. Clearly it's a functional bakery because there were some cases full of fresh bread and cakes and so on, not to mention bakery stock items around (for instance, the rolling rack on the right below covered in plastic, which had fresh baked goods on it). 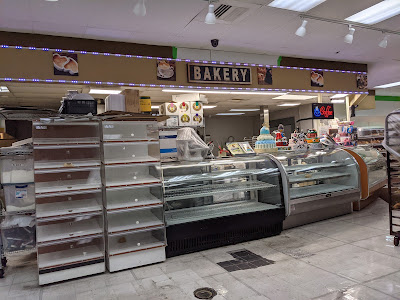 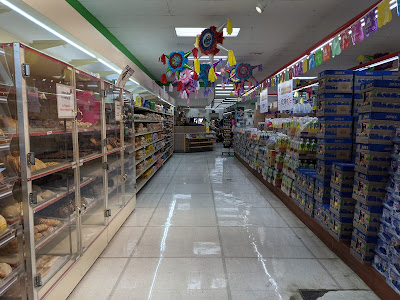 But as we see, there are baked goods here, so it's not permanently closed. Maybe they're closed one day a week, and I happened to visit then. 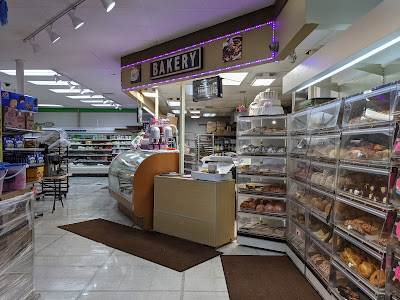 I had to get another shot of the Genuardi's aisle markers! 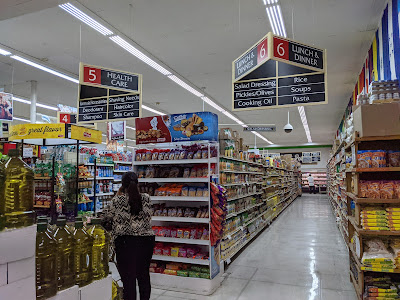 And now for one more shot across the front-end before we head out. 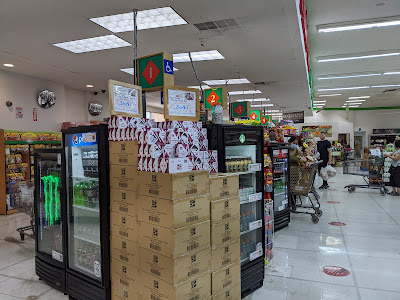 This was a really fun stop for both its Genuardi's relics and its present-day functions. I would buy my produce here if I lived in this area! Up next we're moving about a mile and a half west for a quick look at a store over on The Market Report tomorrow. Head there to check it out!