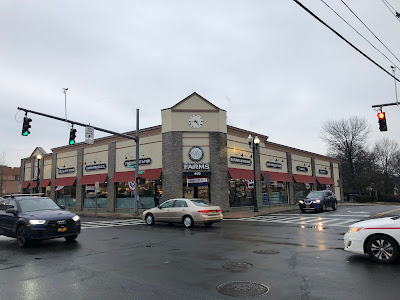 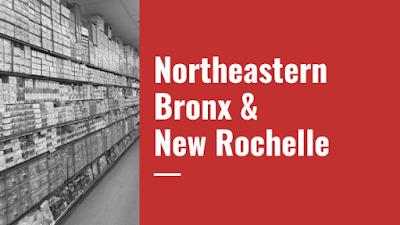 This independent Key Food affiliate is at the far northern end of the city, completely across town from yesterday's Foodtown. And when I say it's brand-new -- I mean it opened in mid-January 2020, and I visited in March 2020. While the store is absolutely beautiful, I worry that it might not catch on given that it seems a little more upscale than its main competition and it doesn't seem that that positioning is in demand in this neighborhood of New Rochelle. It's also just shy of half a mile from an approximately 70,000 square foot ShopRite, while this store is about 10,000 square feet. 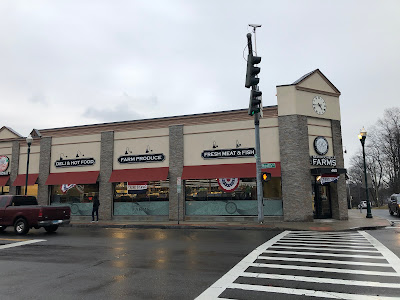 There is a parking lot in the rear, while the front-end lines the right-side wall with entrances and exits at both ends. Produce and seafood are in the first aisle, lining the front wall, with meat on the left-side wall and dairy in the last aisle, near the back of the store. Deli/bakery and a prepared foods section are in the back right corner, near the parking lot entrance. 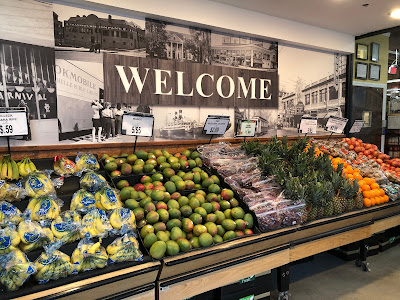 A collage of old photos of New Rochelle welcomes us to the store. You enter to the left to go into produce. 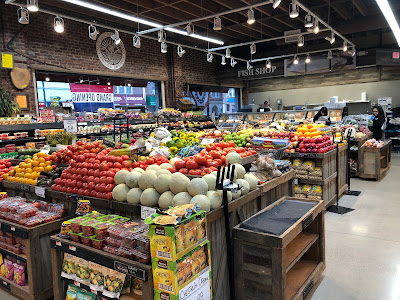 Heading inside, we see a very modern design with lots of concrete, brick, and wood. The store's design is top-notch. 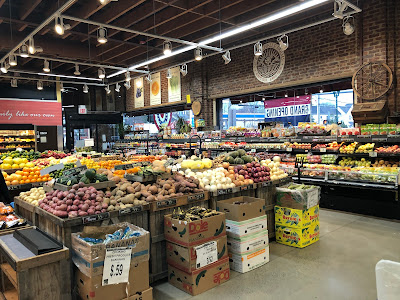 Sadly, the store is so empty. I hope they do well as more people get to be familiar with the store. 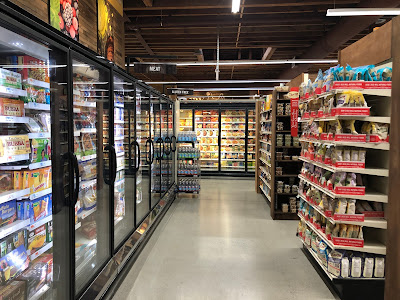 The wall you see to the left is the left-side wall of the store, where there's a laundromat in the front corner. The freezer cases you see straight ahead are about 1/3 across the store to the back, where it extends the full width. 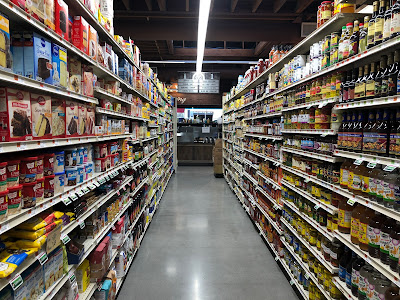 Interesting that the store, which is otherwise so modern, chose this very old-fashioned grocery shelving. I almost wonder if it's secondhand from another store. 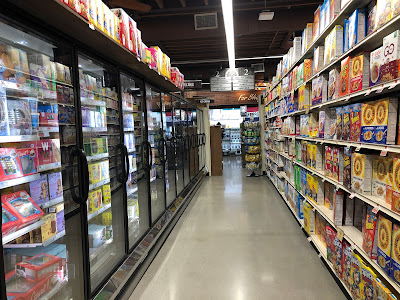 The second aisle is frozen food, and also the place where the store reaches its full width. 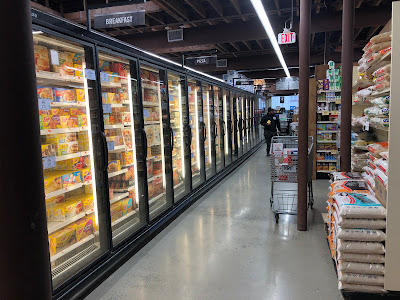 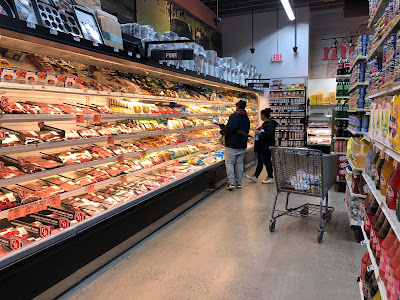 Meats line the rest of the left-side wall, with a service butcher in the back corner. 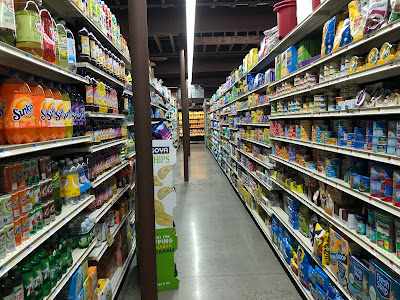 Second-to-last aisle looking towards the right side wall of the store. 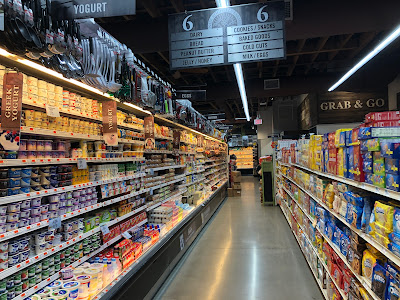 The last aisle consists of dairy and a half-height grocery shelf, with deli/bakery/prepared foods on the other side of the half-aisle. The service butcher is approximately where the exit sign is. 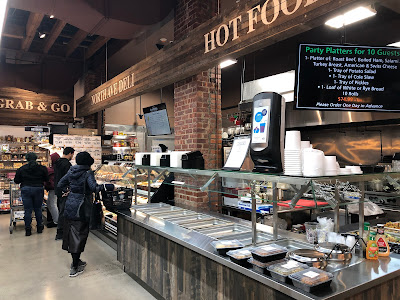 Not much left in the way of prepared foods at the end of the day, but at least the deli is busy. More grab-and-go prepared foods and bakery items make up the corner to the right (on the back wall), with an extension of dairy on the side wall next to checkouts. 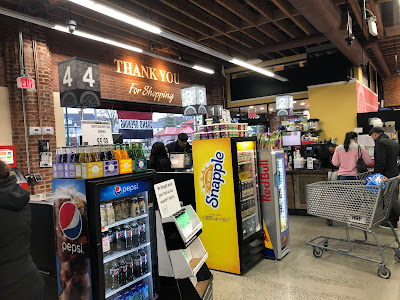 I do hope this store succeeds! There were definitely shoppers in it but not as many as in the Foodtown. That said, the downtown Stop & Shop in New Rochelle did close recently, so it's possible this store could pick up some of those shoppers. We'll see. But for now we're done with this part of Westchester -- up next we'll see our last few Bronx stores in the northwestern corner of the borough, then continue into Yonkers.