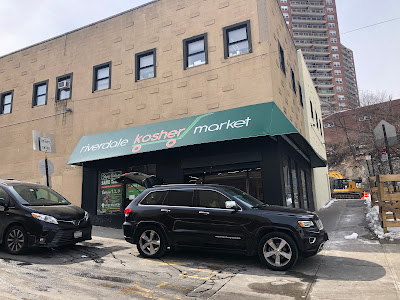 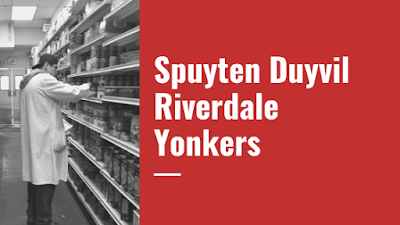 If Key Food anchors the southern end of the Skyview Shopping Center, the Riverdale Kosher Market anchors the north end. It's actually in the basement of the building at the north end, meaning it's at street level of the cross street and not Riverdale Avenue. It seems that the two stores' target markets are different enough that they can peacefully coexist. Plus, Riverdale Kosher looks a lot nicer. 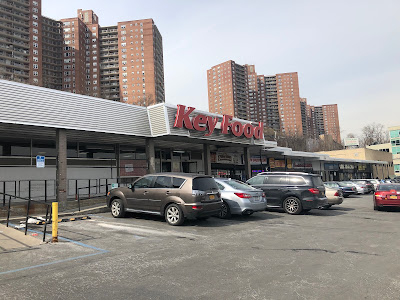 Repeating this picture from the Key Food post to show the stores' proximity. If you zoom in to the top of the beige building at the far right, you can see the sign for Riverdale Kosher Market. And on that note, we finish up not only our coverage of Riverdale, but of all of the Bronx -- and all of New York City! -- for the time being. Don't worry, we still have lots and lots and lots of supermarkets coming (including visits to states we've never covered before)! But for now we'll just be heading a couple miles up the road to Yonkers, the Westchester county city that borders the Bronx.