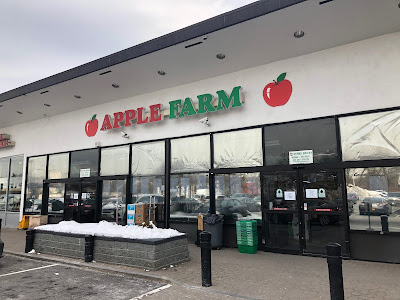 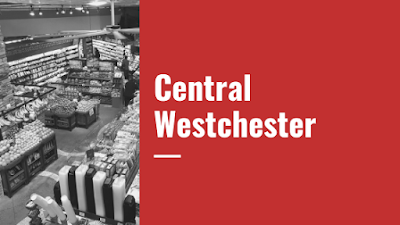 Today's tour is a very small perishables-only type store just outside of the city of White Plains. I'd hesitate to call it either a supermarket or a greengrocer, as it features impressive floral, produce, deli, bakery, and seafood departments, all packed into just 4000 square feet of space. This has to be the best example of this type of store I've ever been in. 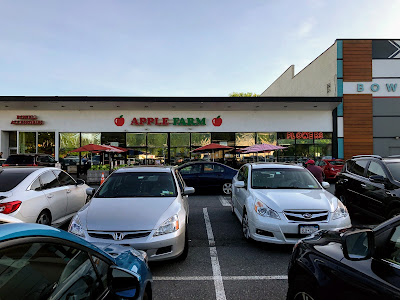 Before we tour the store, I just want to give a quick shoutout to the owner or manager of the store (I have it listed as being owned by Danny Yoon, and I don't know if Yoon was the man I encountered at the store). Either way, on both of my visits, he was present on the sales floor and helping lots of customers. For instance, I wanted some fresh pasta from behind the deli counter but the counter was packed with people getting sliced lunchmeat, while the pasta was in a different section. When we asked him whether we should get in the standard deli line, he asked us what we wanted and when we told him, just grabbed it for us himself. Plus -- kudos to him for being trilingual (English, Spanish, and Korean). Anyway, let's tour the store! 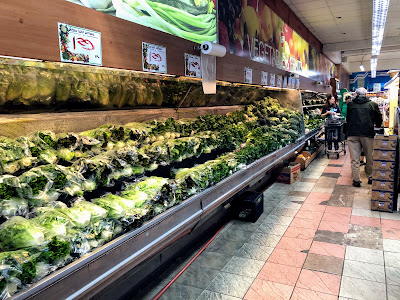 Vegetables line the left side wall of the store, with fruit in islands in the middle. Seafood and bakery are at the back of the left half of the store, which goes back farther than the right side, where the deli and registers are. I don't specifically recall where floral is. 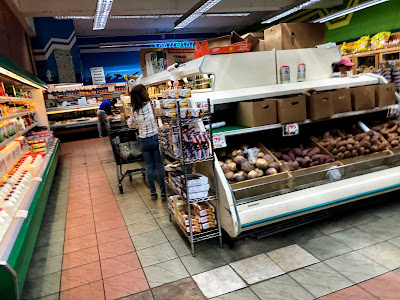 There is a small dairy section at the back of the produce department, although there's virtually no other general grocery sold here. That's okay, the selection of perishables is exceptional. 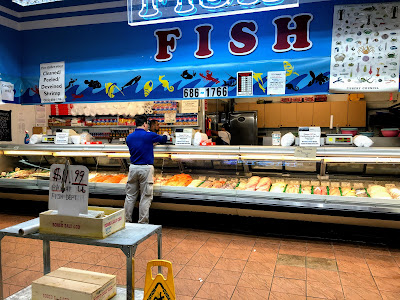 Seafood counter across about half of the back wall. This section goes back farther than the right half of the store, and lining the right side of this section is the bakery department. While they don't bake in-store, there is a huge selection of that good, locally baked New York bread. 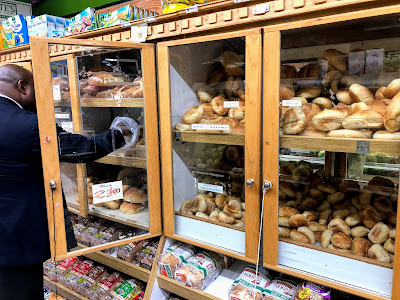 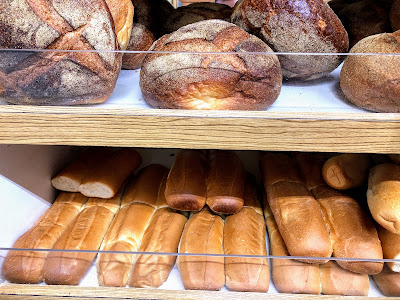 Heading back into the produce department... 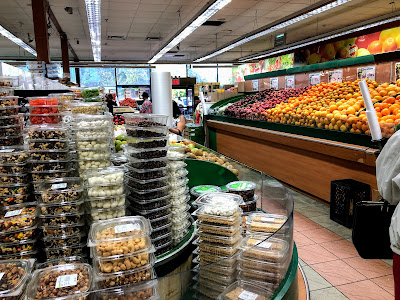 Deli lines the rest of the back wall. Opposite the service counter is a cheese island featuring all sorts of delicious imported and locally made cheeses. (I can personally attest to the fact that the fresh pasta, bread, and cheese that this store sells are absolutely top-notch.) 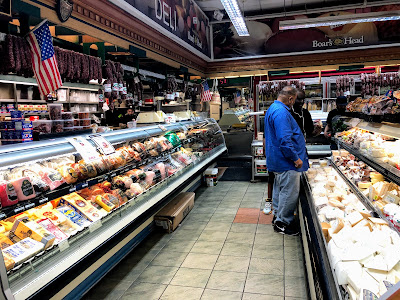 The side wall, visible straight ahead here, has a case filled with specialty Italian deli staples, including some additional cheeses, that fresh pasta I've talked about so much, and some great-looking sausages. Other than this, this store does not have a meat department. 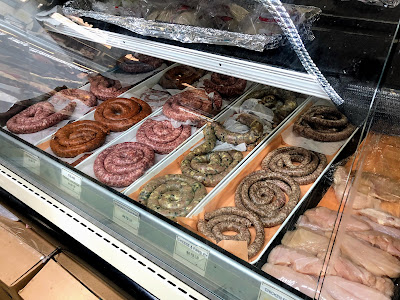 While these greengrocer-type shops so frequently have great Caribbean groceries, it's fascinating to see this one combine the standard produce/seafood/flowers formula with a full Italian-style deli and bakery. Obviously an in-demand pairing, given how busy the store was both times I've visited. Fantastic quality and selection. 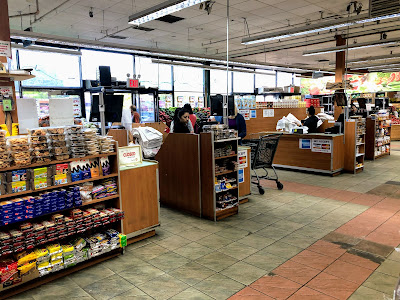 Up next we have another greengrocer type shop in White Plains before we move on!