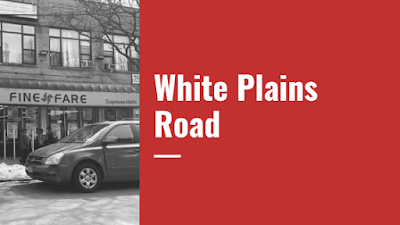 Our next group of stores in the Bronx is along White Plains Road! We start at the southern part of the neighborhood of Allerton, following White Plains Road (a major through street) through Williamsbridge, Olinville, and Wakefield, seeing eight stores along that stretch. White Plains Road, by the way, starts at the far south end of Soundview, extending past the Bronx Botanical Garden, becoming 1st Street when it crosses into Mount Vernon, then finally petering out and ending just north of the former Western Beef in Mount Vernon. We're only traveling along a small fraction of the street's length, but we'll be starting tomorrow with a snapshot right here on The Independent Edition!