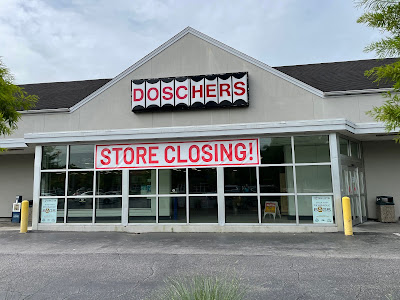 We are returning to Charleston, South Carolina for an update at Doscher's IGA, which we saw in a tour not too long ago. I haven't been back to Charleston since my initial visit in January 2022, but our contributor Carlton Swift who lives in the area was able to capture Doscher's during its store closure on its final days. The store is set to be demolished for a residential development. 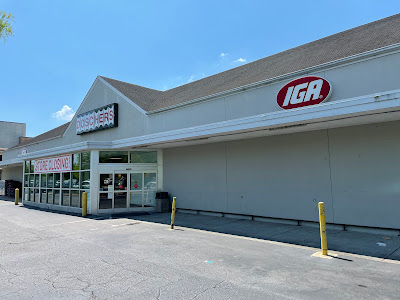 Carlton gives us some information on the store itself too: A&P opened in 1963 as a Centennial and closed in 1974. Doscher's opened the same year. The store was expanded to its current size and shape in 2003. We'll see where the building originally ended. Interestingly enough, that means the facade we see here was actually constructed in 2003 and is not an original Centennial facade. The original Centennial facade would've ended at the right side of the center triangle. Everything to the right of that was constructed in 2003. 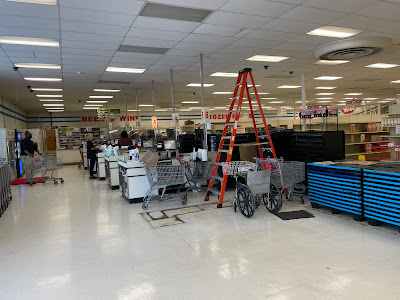 These photos were taken in late June as the store was going through its closing sales. It looks like Carlton visited in the store's last few days judging by how much was left. 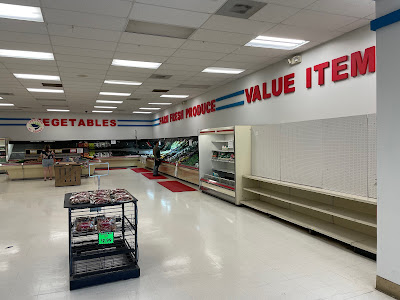 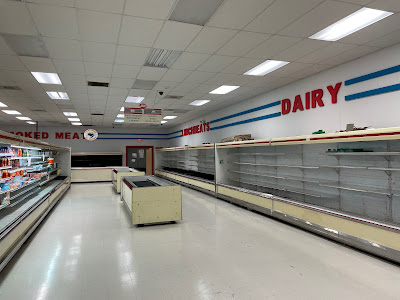 And of course dairy and cold cuts in the first aisle. This store didn't have a deli. 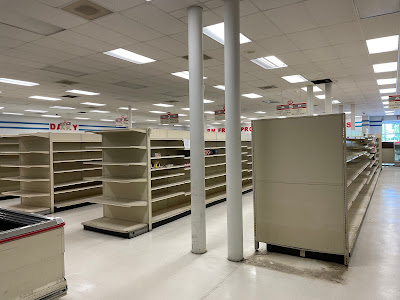 Here's a look at the bare grocery aisles. These double-posts are the original end of the A&P building. 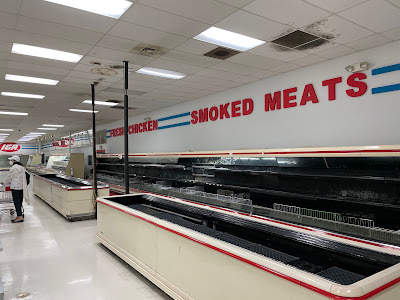 And looking across the back wall with the meat department fully cleaned out. 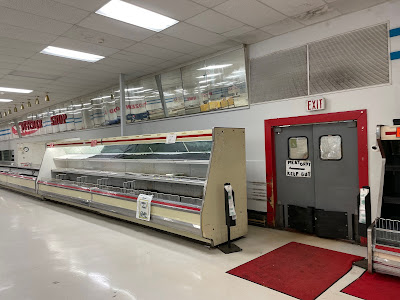 The A&P butcher shop signage and mirror lasted until the final day here. 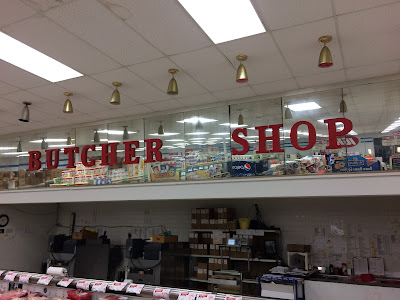 I believe the above picture was the original one Carlton sent me back in 2019 or 2020. Below you can see the same area in the store's closing sale... 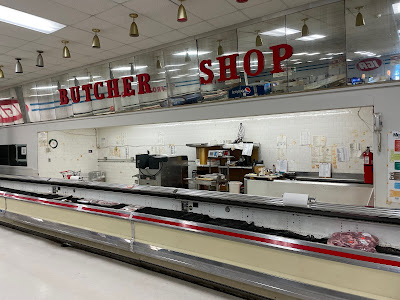 Carlton brings us something we rarely get -- a look at the backrooms of the store. Here's the pass-through behind the meat cases. The lower set of mirrors/windows might mean that the original meat cases were all low single-tier cases and these upright cases are newer. 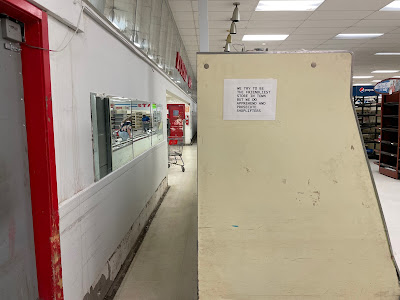 And a shot of the backroom before we move back out onto the sales floor... 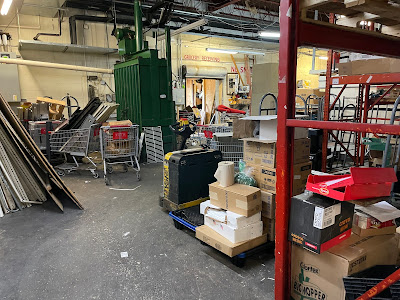 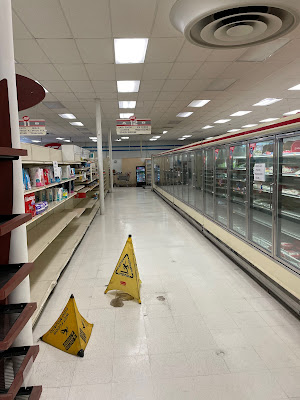 Not much was left in this part of the store. 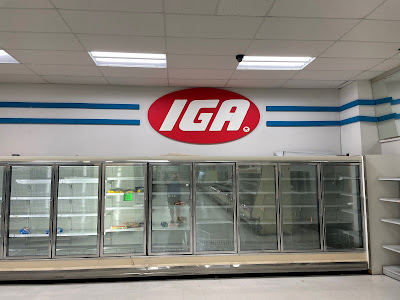 Carlton adds: "Demolition was approved for the store. It will likely be flattened by the end of the year. However, the developer has agreed to place a plaque acknowledging the architecture of the former Centennial as well as the cultural impact of Doscher’s." 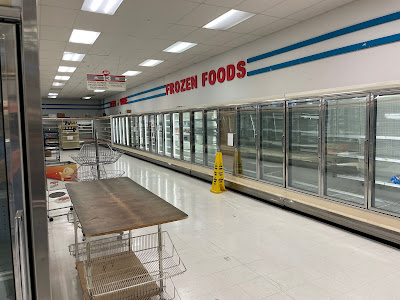 Also of note: the other Doscher's, which is still in business in Hanahan, was also an A&P but not a Centennial. 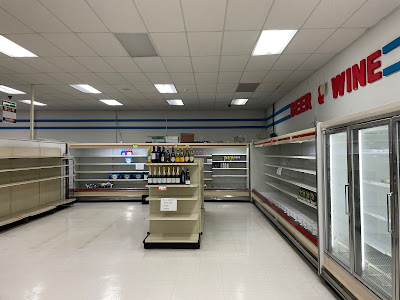 The Hanahan store's facade does resemble 1970s A&P facades. Glancing through the few pictures of Hanahan available online, it doesn't look like there are any obvious remnants of A&P inside. That store also has the same decor package as this one. 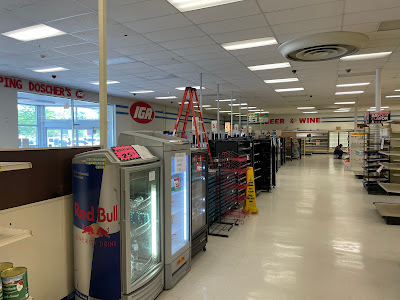 A look across the front end before we say goodbye for good... 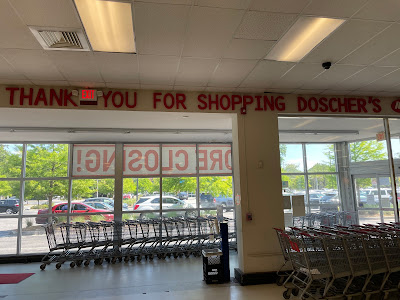 And one more shot through the front window post-closure... 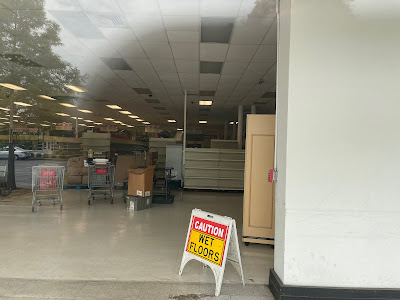 That is unfortunately the end of the line for Doscher's, which was a great neighborhood supermarket that clearly served its customers well for many years. Almost 50, in fact. 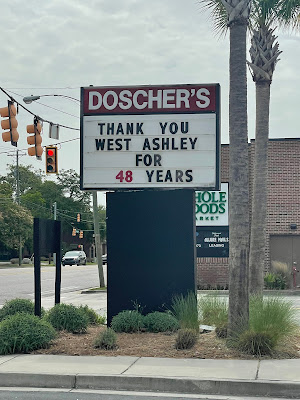 Don't forget to read all about the store when it was in business here, and tomorrow, we're back to Philadelphia with a store over on The Market Report!