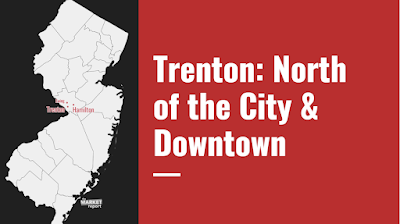 I know I keep saying this, but we're really down to the end here. Basically just two more cities to see before finishing out New Jersey altogether: Trenton and Camden. We begin Trenton by checking out some places to the north of town and then moving into the downtown area before heading east of town. We'll start with Ewing to the northwest of Trenton tomorrow, then move through the city of Trenton itself from west to east, then make a few stops in Hamilton and back to Lawrence to the east and northeast of Trenton. This is a fairly short group, and we'll be spending just under two weeks here before moving on. Let's start with a look at a supermarket in Ewing here on The Independent Edition tomorrow along with a former supermarket just up the street on Grocery Archaeology!