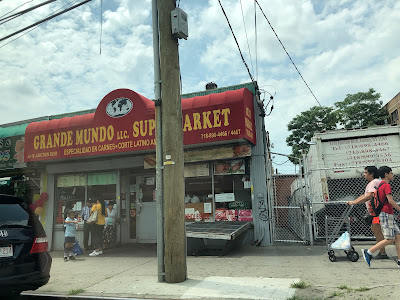 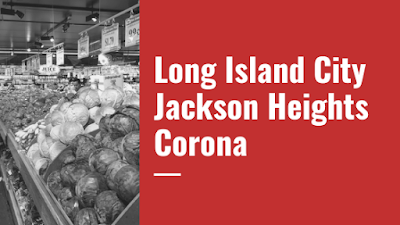 Quick look today at a small grocery store (the name means Big World in Spanish) along Junction Blvd as you start to move from North Corona/Jackson Heights into central Corona, which we will be visiting both on here and on The Market Report. Although I don't have an owner for this store, I would actually expect that the owner is not Spanish-speaking. In Spanish, the correct phrasing would be "Mundo Grande," the noun-adjective, or else "Gran Mundo," the adjective-noun form. The adjective grande should never come before a noun. As far as I know, anyway!