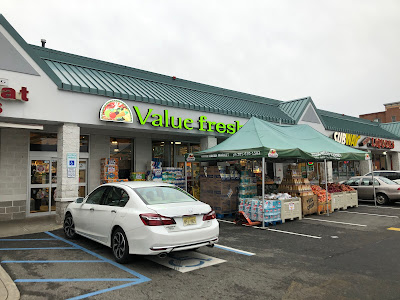 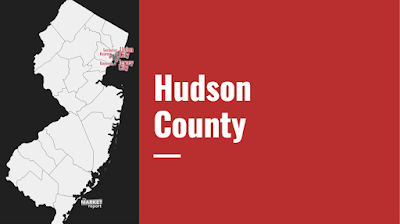 Moving just 600 feet west of yesterday's Fine Fare to the Value Fresh Market over the border into Jersey City! This 5900 square foot store is less than half the size of Fine Fare, but much newer and more upscale. Four years after its opening, it seems to have found a niche in the market here and looks like it does a good business. It replaced a Bravo Supermarket that later became the independent Plaza Supermarket. 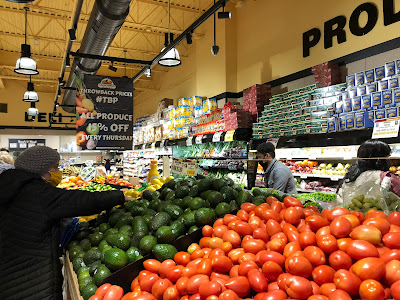 The space has been completely remodeled inside for a more upscale positioning. The first aisle has produce on the right side and in islands in the middle, with a service deli and butcher at the back. Dairy and frozen line the left side wall of the store, with two grocery aisles in between. 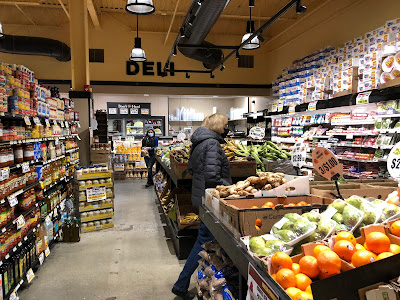 Not only was there a fairly healthy crowd around the store (though fewer people than Fine Fare), there was lots of merchandise including a lot of perishables. That's always a sign of a store that's doing well. 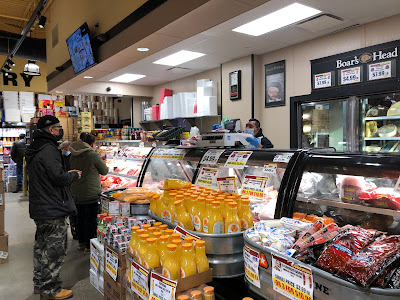 I doubt any of the fixtures are left over from the previous tenants. 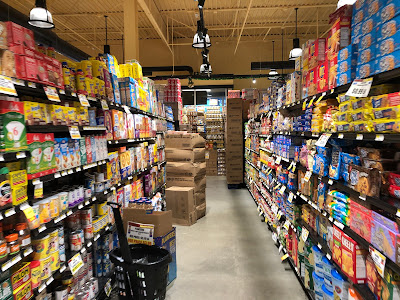 Nicely organized grocery aisles with a little bit of everything. There are four aisles in total, with produce being in the first and frozen/dairy in the last. 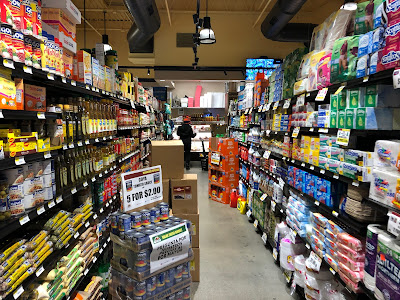 The store carries all the basics and a few more interesting items. It's a good resource for the neighborhood. 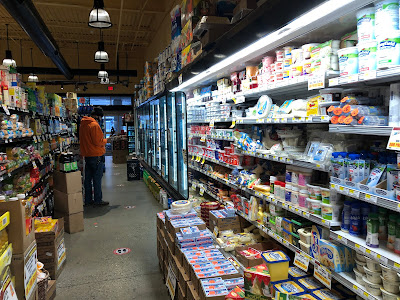 The exit is over here on this side of the store, with two registers in front. 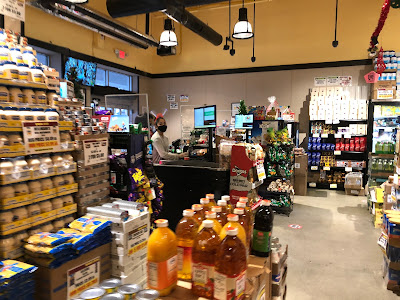 That's all for this store! Up next we're heading south along Central Avenue into The Heights, and just for fun, we'll be doing two or three stores a day for the next three days. Our first set is the three northernmost, here on The Independent Edition and over at Grocery Archaeology!