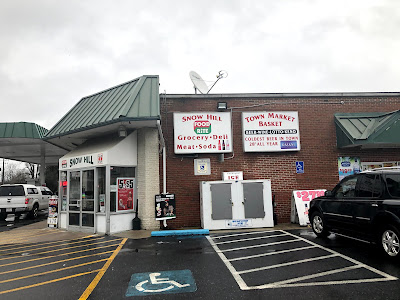 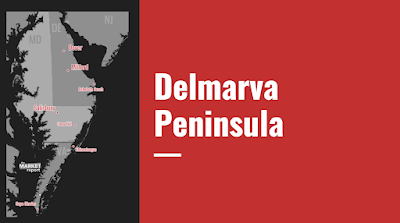 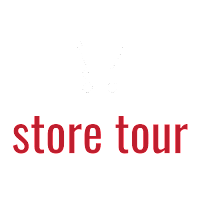 Let's take a look inside the small supermarket just outside of downtown Snow Hill, MD! We're about 15 miles southeast of Salisbury and about 115 miles due east of Fredericksburg, although of course to cross that distance you have to go across the Chesapeake Bay. 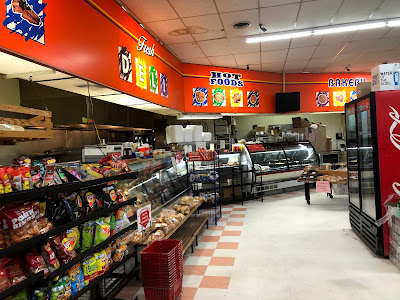 This 13,000 square foot supermarket includes a liquor store, and has a deli-hot food-bakery counter here on the front wall, making it a little bit like a large convenience store. There's a small meat department, plus produce and frozen, so it is a full supermarket but it's pretty small. It's a good spot for local shopping, though, especially since Snow Hill doesn't have any other large supermarkets. 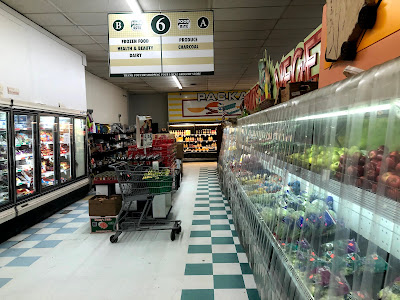 Deli/bakery are in the front left corner, across the store from the entrance. Frozen and produce are in the first aisle, with meat and dairy on the back wall. Liquor is all the way to the right in a separate room. It's not a large store, with just 6 grocery aisles, but there's a lot packed into this small space. 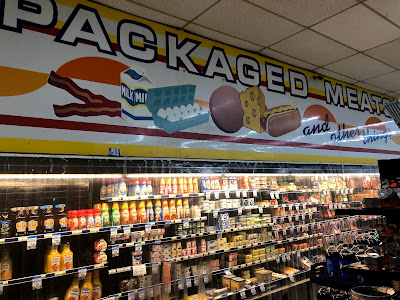 And as we see, many of the fixtures have been updated, such as these refrigerator cases and the grocery shelving. 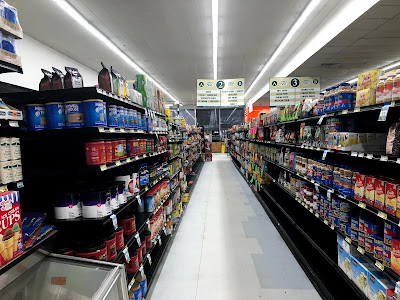 This is currently the Snow Hill Food Rite, and Food Rite appears to be an extremely loose cooperative or other association of supermarkets in the Maryland/DC/VA area, but I don't have too much more information on them. They use Essential Everyday products. And this particular store was previously Goff's Great Valu before 2009, another fairly loose cooperative that uses Essential Everyday. Given that the current owner is named Brittengoff, I would bet that ownership didn't change when it was switched from Great Valu to Food Rite. When Great Valu was switched to Food Rite, a gas station was also added to the front of the store. 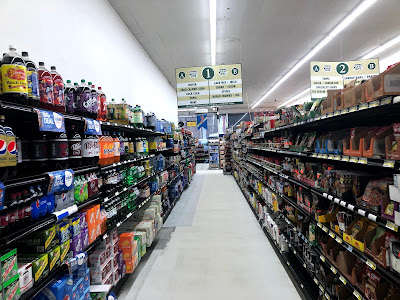 I do wonder if previously this was more of a full supermarket and they cut out this section on the left, which is now the liquor store, when Great Valu became Food Rite. The layout doesn't make much sense as it is (with produce/meat in the last aisle?), and I wouldn't be surprised if a large part of the supermarket was cut for the liquor department. Notice also that there's a lot of older decor on most of the walls, but not the wall between liquor and the first grocery aisle here. 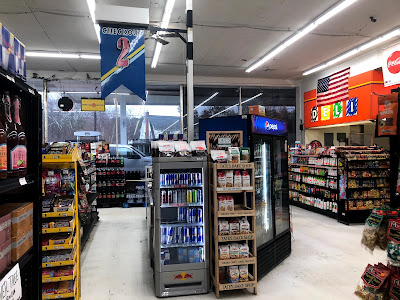 And here's a look at the registers (I think there are 2) and the side of the deli again. Very cool place, and I'm glad I got to make a stop in here! Tomorrow, head over to The Market Report for a look at our first Virginia store!