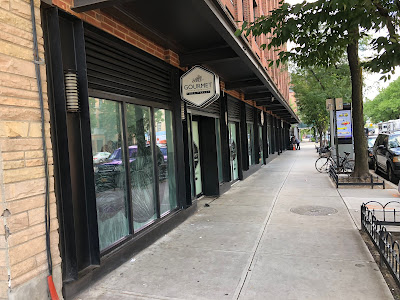 Welcome to Brooklyn! Here in the historically Polish neighborhood of Greenpoint, we're touring a store that opened in July of 2017. The store appears to be taking a more upscale approach, although we'll see some confusion on that point as we tour the store. 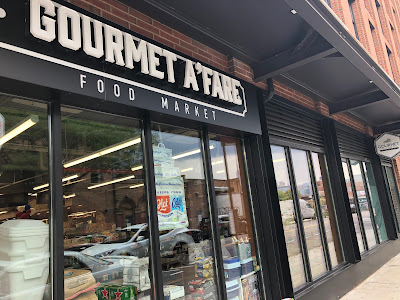 Greenpoint, famous for its Polish population but also containing a significant Dominican population, is well-serviced by three big-name supermarkets. A CTown and an Associated, both located on Manhattan Avenue (and both coming to The Market Report in the next few days), service the Dominican and Polish populations respectively, while a larger Key Food over on McGuinness Blvd a few blocks east serves as the area's "superstore" (despite its relatively small size). Gourmet A'Fare, located all the way at the north end of the neighborhood -- which is a peninsula, by the way -- has a tough location and a crowded market. 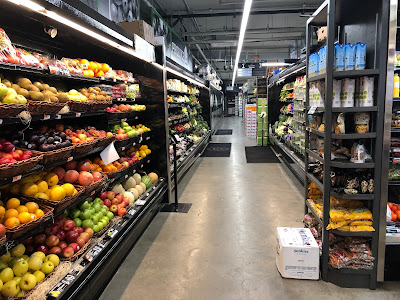 The store's aisles run parallel to Manhattan Avenue, so it is very deep and very narrow. I'll be honest here, this store just did not stick in my memory at all, so I'm trying to remember the layout as I'm writing this. If I'm not mistaken, we have produce and dairy in the first aisle with frozen on the back wall and second-to-last aisle (I think?), and deli/bakery in the last aisle. I am kind of blanking on where the meat department is, but I believe it's in the back corner of the last aisle. 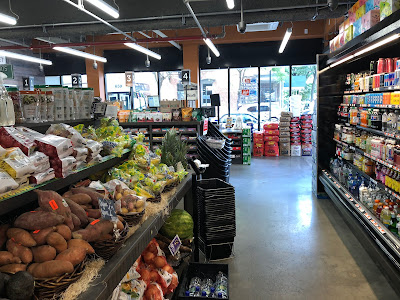 I really, really wanted to like this store. It was just over a year old when I visited, and I was hoping to really be blown away. I came here after visiting the CTown and the Associated, and a few assorted other small stores along Manhattan Ave, and I just couldn't find anything to get excited about here. 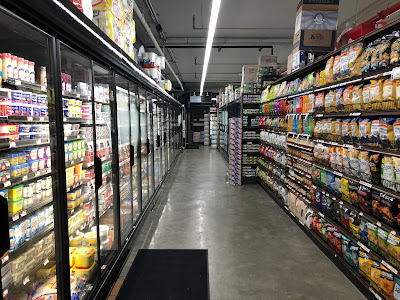 And as much as I hate to say it, I don't know that Greenpointers are finding anything to get excited about. The store, as you can clearly see, was absolutely entirely deserted. I was not blown away by the branding either, for a new and upscale-leaning store, the Gourmet A'Fare name doesn't do much for me, and it does even less when it's not even used... 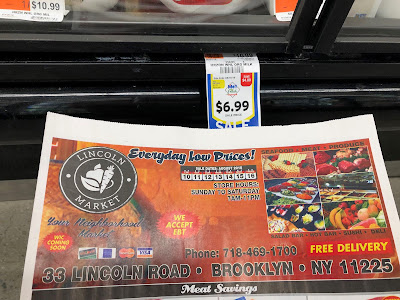 The only print circular in the store was labeled with the owner's other location, over in Prospect Lefferts Gardens. I'm assuming those sales were valid here too, but I really have no idea. And yes, that's a Lincoln Market circular in front of a Met Fresh price tag in a Gourmet A'Fare. Are they all the same company/group? Sure, but come on. 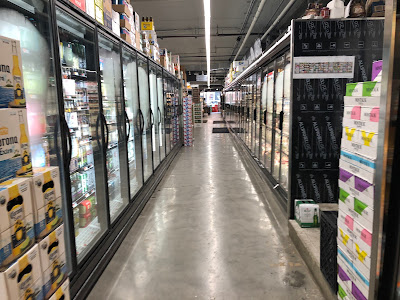 Beer and frozen foods... somewhere. I have to apologize, I do not remember this store's layout well. 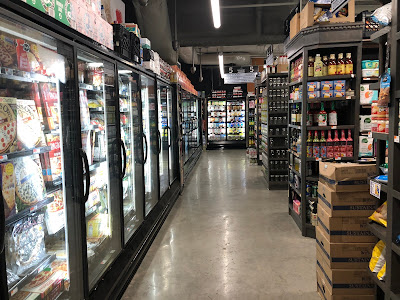 And although the fixtures are quite nice, the decor is really not up to par. Mostly because, honestly, there's not much of it. I do like these endcaps very much though. 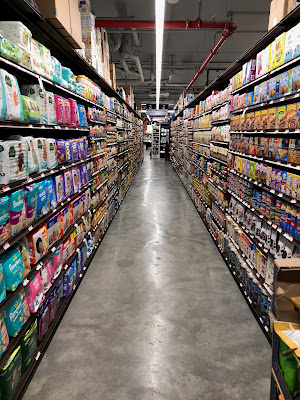 Gorgeous, perfectly-stocked aisles with no one to appreciate them. 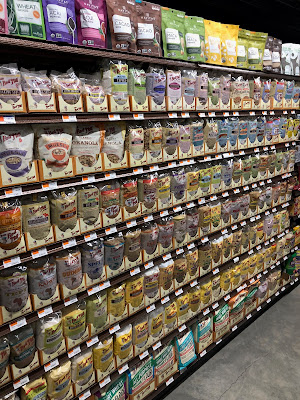 I'm a little puzzled though, with how this store is trying to position itself. There were no significant Polish or Dominican selections, and while there were organic/natural/specialty products mixed in throughout, they (aside from this impressive Bob's Red Mill display) were not as abundant as I would have liked, especially since CTown had some fantastic natural/organic selections that I had never seen before. Plus, their prices were much lower on those items. 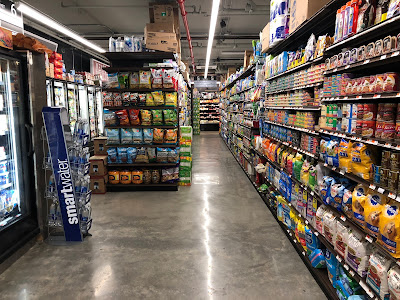 Don't get me wrong, there's absolutely nothing wrong with Gourmet A'Fare. It just doesn't really deliver on what it should, and the competition generally does better. 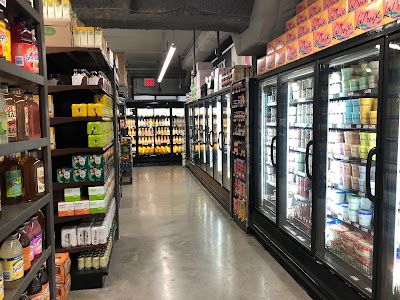 I have a million pictures of the dairy and frozen department, but none of the deli/bakery or front end because there were literally three other people in the store at the time of my visit. All three were employees and did not want me there. 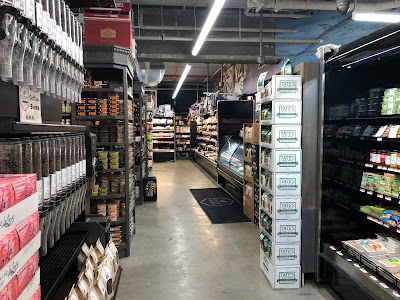 There are, however, some nice features such as the bulk coffee department. Neither of the other stores on Manhattan have one (I haven't been to the Key Food, so I can't say. I can, however, say it's newly renovated and looks great. See here, here, and here.) 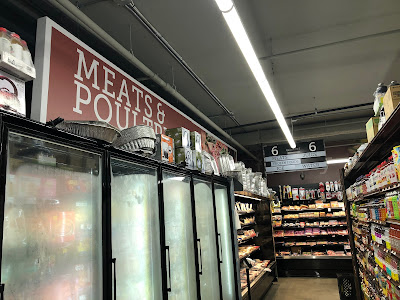 Meat department, again I believe it's in the back corner of the store. Some decor that we can't really see and isn't particularly exciting does make an appearance here. 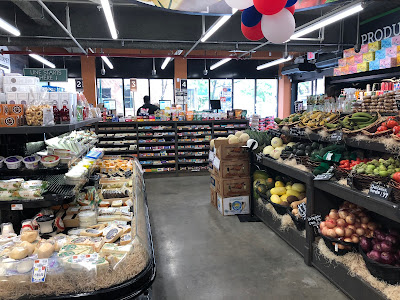 Cheese next to the produce department, with deli/bakery just out of frame to the left. Checkouts line the side wall of the store. I wish for Gourmet A'Fare that they more solidly position themselves, figure out where they fall in the market, and really commit to it! The store certainly has potential, but it's not being realized.